Showing posts from July, 2014
Show all

Puss n Boots - No Fools, No Fun, Norah Jones' Side Project Has Made Her Most Fun Album Ever 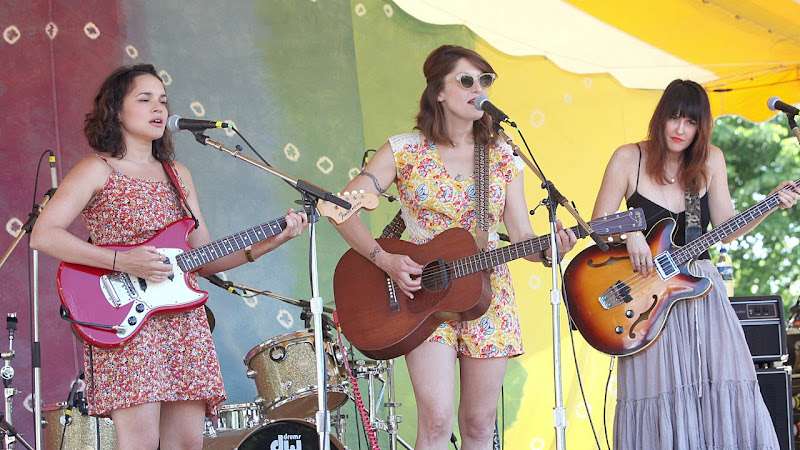 I've been hooked on Norah Jones' music ever since she appeared on the World Cafe radio program and I saw her play live at NYC's The Fez back in 2002, several months before the release of her first album. That groundbreaking work won eight Grammy Awards, sold millions of copies, and Come Away With Me placed on my list of the Top Ten Albums of the New Millennium . Puss n Boots is a side project band consisting of Norah and two of her New York singer-songwriter musician friends, Sasha Dobson and Catherine (Cat) Popper. They started playing together, strictly for fun and their love of country music, in 2008. The concept was covers of cool country songs. I literally stumbled onto a performance at Rockwood Music Hall in October of 2008 . This band was so good and the songs they chose were so much fun that I came back up to NYC from Philadelphia to see them a total of four times over the next few weeks. Puss n Boots took a few years off while Cat played bass for Grace Pot
1 comment
Location: United States
Read more
More posts