Showing posts from June, 2015
Show all

Twin Danger Twin Danger is an exciting new group who has a self-titled full length debut album set for release on June 30th. They are a duo consisting of Vanessa Bley and Stuart Matthewman. Bley describes the name Twin Danger as "alter-ego, split personality." She elaborates, “It refers to the alter ego, the part of you that can be wild or irrational or even destructive – but it’s still a part of you and not accepting that is what makes it dangerous. We’re making music to get lost in. It’s warm and beautiful but there are dark undercurrents revealing fundamental issues of the self. That’s what makes it Twin Danger.” Bley is the jazz singing, piano playing half of Twin Danger. Bley grew up in an atmosphere of artistic creativity and jazz. "Her mother is the painter and video artist Carol Goss. Her father is the renowned jazz pianist Paul Bley, who worked with Charlie Parker, Charles Mingus, and Ornette Coleman in addition to several dozen albums – many issued
Post a Comment
Read more 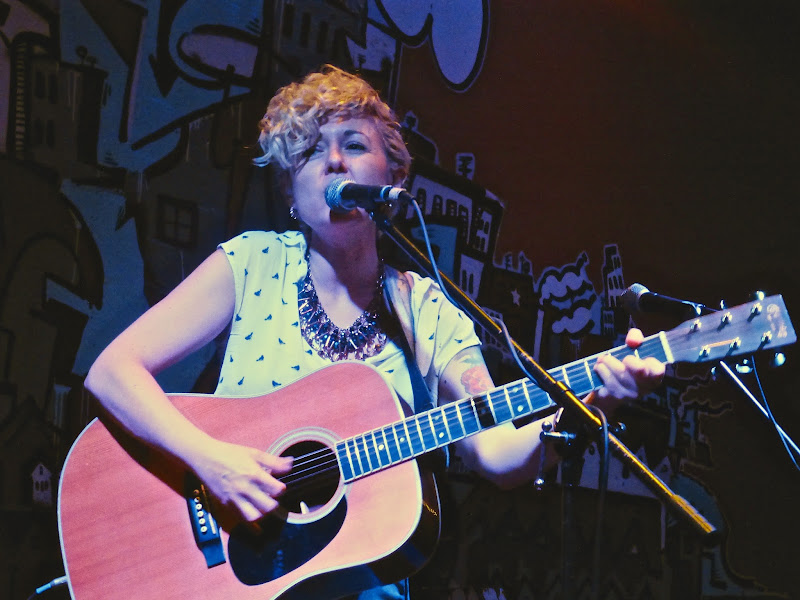 On Saturday night, May 9th, Cariad Harmon played the Steel City Coffee House in Phoenixville, opening for Suzie Brown and Scott Sax at this Philadelphia area stop on their tour of the Northeast. The place was packed and it's no exaggeration to say that the audience was loving it as Cariad's warm personality filled the room. The songs were so good that this was a set you just didn't want to end. Cariad drew most of the set from her latest album, her second, simply and aptly titled Cariad Harmon. The beautiful "I Want You" comes from that record. Listen to "I Want You" Cariad Harmon, the album, is one that I couldn't stop playing last fall when it was released; read the review . Here are videos of two more songs from the album, "Old and Grey", watch the video and "I Wanna Be Famous", watch the video . She also played a new song, one that she has not yet released, "The Lucky One", watch the video . Here is one
Post a Comment
Read more
More posts