Showing posts from August, 2011
Show all

Superheavy is the new super group consisting of Joss Stone, Mick Jagger, Damian Marley, and Dave Stewart of the Eurythmics. The album comes out September 20th. The first single, Miracle Worker, is out now. Check out the video, only Mick Jagger could pull off the whole pink suit thing. In late November 2007, Jeff Beck, who had never played a small venue in his career, booked a week at Ronnie Scott's Jazz Club in London. Beck's set was a career spanning selection of his best work all recorded in high definition for DVD that has a beautiful picture and incredible sound. Beck also had some great guests perform with him such as Eric Clapton who sang and played guitar, Imogen Heap who sang two great songs, and Joss Stone who came out and sang a show stopping version of Curtis Mayfield's People Get Ready. Joss also found time to write and record her fifth album, LP1, released last month. She also formed her own label to release it. Here is a track from it. Sup
1 comment
Read more

For the past six months or so, I've been posting a fun song to Facebook every Saturday. I thought it might be nice to cross post it here. Saturday video fun is often (but not always) a country song. Creative songwriting is alive and well in country music. There's a simple reason for this. Whereas pop and rock for the last several decades have been ruled for the most part by artists who write their own material, in country music the majority of artists do not write their own songs. There are many great songwriters writing country songs and most of them are under contract to one music publisher or another. Publishers' reps in turn pitch the songs to the artists. Most of these publishing houses are located in Nashville. This concentration of publishing serves much the same purpose as the Brill Building did in New York City for pop and rock artists prior to The Beatles (1964). The Beatles paved the way for artists to write their own material and this shift caused the
1 comment
Read more 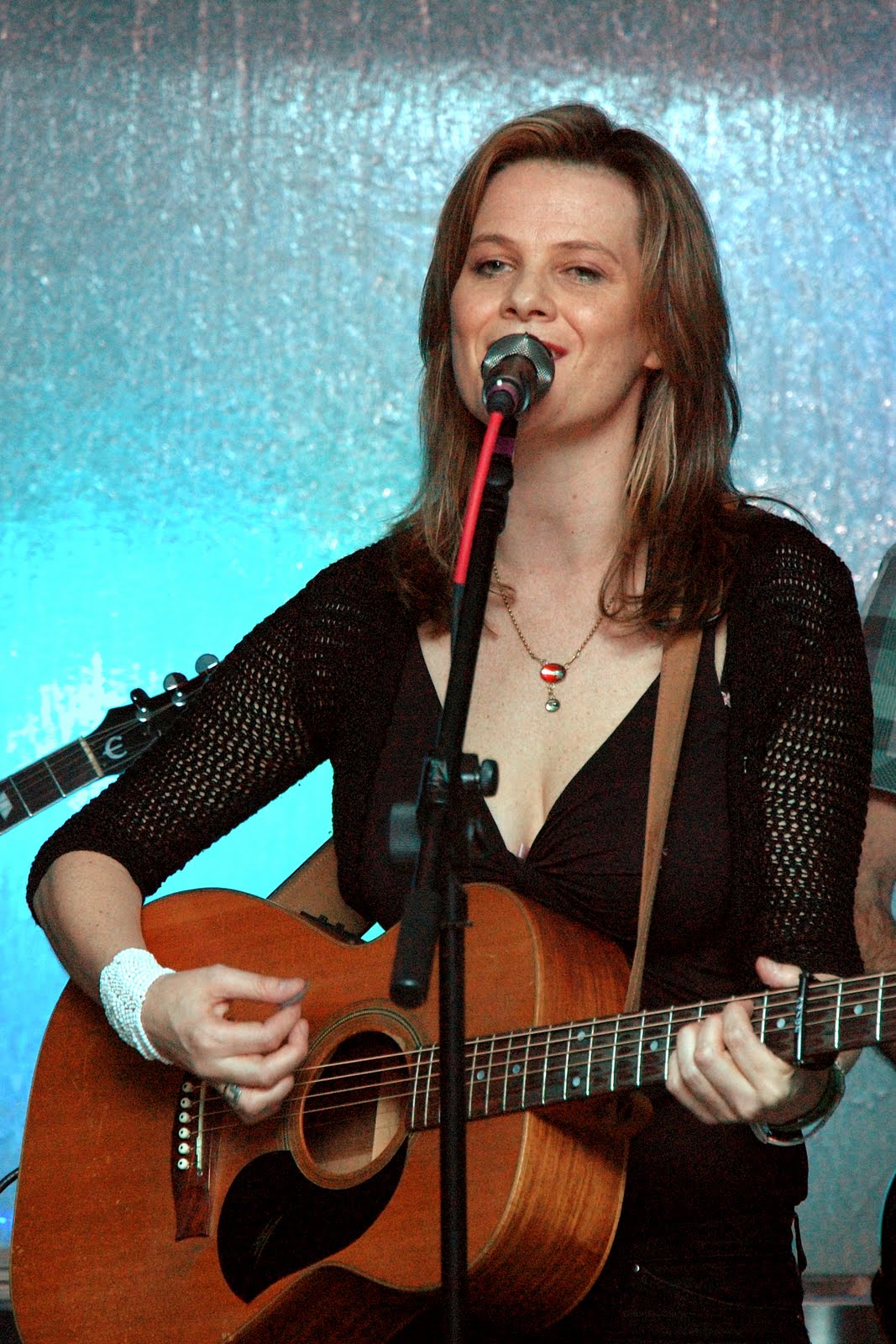 Jackie Bristow, SXSW, 3/18/09, Submerged, Austin A few weeks ago, Jackie Bristow went to Shreveport, Louisiana to record at Brady Blade's studio. The next day she posted the following video of the song she recorded there. That's Brady Blade on drums and Chris Thomas on bass providing a real nice sound. Look for this cool new song to be on Jackie's next album. Longtime readers may recall that Chris Thomas also played bass with Brady's brother Brian Blade who played drums on Chrissi Poland's sessions for Songs from the Concrete. Jackie Bristow is a talented singer-songwriter who is originally from New Zealand. She first moved to Australia to pursue a music career and currently lives in Austin, Texas. I first heard and met her at SXSW 2009 . Jackie's latest album Freedom is her third and was released earlier this year and is also quite nice. Jackie Bristow's website . Jackie Bristow's Facebook .
Post a Comment
Read more
More posts