January 14, 2005
Billed as "To Nat With Love - A Nat King Cole Christmas: The Monty Alexander Trio with Freddy Cole," this show was a loving tribute to Nat King Cole performed and sung by two well seasoned and talented jazzmen. While lighter on the Christmas tunes than the title would suggest, there was no shortage of Cole classics in this Saturday night dinner set at Philadelphia's Zanzibar Blue. Alexander took the stage with his trio and performed an eight song set that included "LOVE," "Ramblin' Rose," "Paper Moon," and "Nature Boy," led by Alexander's piano; the guitarist, bassist and drummer all got plenty of opportunities to solo in this very jazzy performance. Alexander took the microphone to sing "Sentimental Reasons" and "Too Marvelous for Words."

Freddy Cole then came onstage to sing a seven song set. Cole's vocals remind you of his iconic older brother without sounding like a copy. Their voices have a definite similarity but are different at the same time; they both have a very appealing texture in their voices, that being the main element in common. You'd know they are related, sort of like the way you can hear similarities in Ben's, Livingston's, and James Taylor's voices. A highlight was "The Best Man" which featured not only a humorous lyric, but Cole played some excellent piano. Cole stayed at the keys for the next song, "When I Lost My Baby" during which Alexander pulled out a melodica (an instrument long familiar to fans of Philadelphia's Hooters as well as aficionados of Jamaican music) to add some wind powered keyboards to the mix. For the next to last song, Cole paid tribute to his brother Nat by singing "The Christmas Song," the ultimate Christmas standard, and the only holiday tune in the show, then ended with "LOVE," dedicated to his mama during which he joined Alexander at the piano to add his own tasty solo.

Afterwards, Cole and Alexander signed CDs and although artist CDs always seem to be overpriced at this venue ($20) it didn't feel right to have Cole sign his CD without asking Alexander to sign one too, so I picked up a copy of Impressions in Blue (Telarc, 2003) which I'm happy to report is an excellent piece of work. 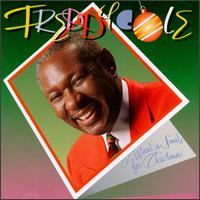 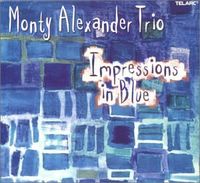 Charlie Ricci said…
Missed your great muiscal insites. Glad you're posting again! The Monty Alexander CD sounds great. I may have to pick that up. Too bad I wasn't there. It sounded like a great night even if the show was a bit short.
1/15/2005