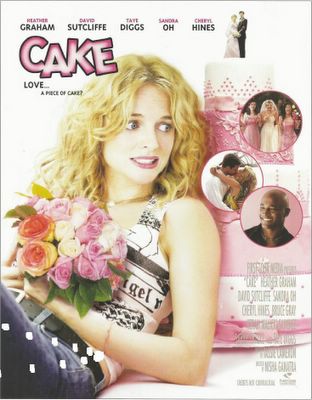 as the fish out of water editor of a traditional bridal magazine. It is unclear whether ABC's quick axe on Graham's prime time sitcom (Emily's Reasons Why Not) in early 2006 had anything to do with the lack of U.S. theatrical release, but Cake is so well written, cast and acted that it deserved better than to be released straight to dvd; it saw theatrical release only in Canada and Isreal. Cake seems formulaic at first (equal parts Just Shoot Me and Down With Love), but the writing is smart and funny and continually surpasses all expectations. 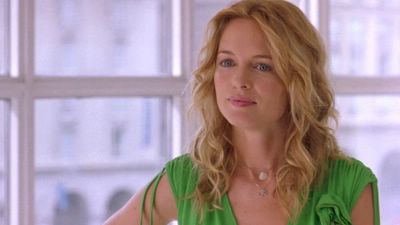 Graham plays Pippa McGee, a freelance and free sprited travel writer whose father is a magazine publisher who after suffering a heart attack, consents to allow his daughter to help out by editing one of his magazines, Wedding Bells Monthly. Graham immediately attempts to shake up the previously staid publication and the results are genuinely funny. 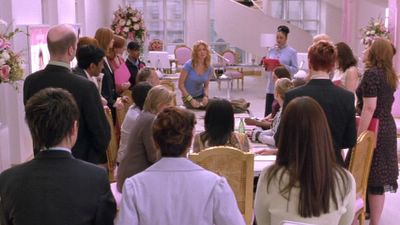 To illustrate just how utterly charming and humorous this movie can be, this is Graham addressing the assembled staff upon arrival at the magazine's offices: "My dad asked me to fill in, it's just temporary till he's back on his feet, that being said I am committed to making the best of this. But, uh, I gotta be honest, I mean I see marriage as a kind of a prison, it's a place where freedom and choice and sensuality go to die. (Lights cigarette) I mean I'm still trying to figure out why, in a world of choice and feminism and serial monogamy, in a chaotic universe of infidelity and couples counseling, in a fragmented topography of divorce and nihilism, why the modern woman would want to get married...I mean to me these are very interesting questions." These lines were delivered with total conviction and the horrified looks on the faces of the staff are just priceless. The meeting ends in chaos when the smoke from her cigarette sets off the smoke detectors. 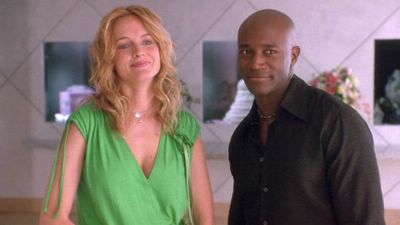 Taye Diggs (above with Graham) is excellent as Hemingway Jones, the magazine's photographer who is also Graham's confidante and secondary love interest. Sandra Oh is well cast as the best friend. Cheryl Hines, easily recognized from her role on Curb Your Enthusiasm as the wife of Larry David, does a very nice job as the initially bitchy director of ad sales for the magazine. And David Sutcliffe is superb as Ian, the primary love interest, who spars with Graham for most of the movie from his position as the company vice president and her dad's right hand man. 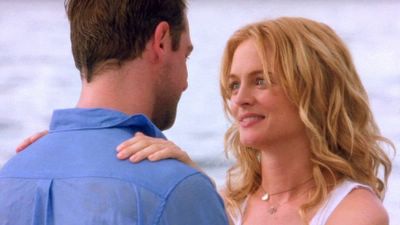 The John Hiatt song "Have a Little Faith in Me" sounds great on the soundtrack during the scene when Pippa and Ian finally get together, in a nice version by local Toronto artist Chris Seldon. The cinematography is first rate, as is the direction by Nisha Ganatra. The only misstep in the making of Cake might be the choice of title and character names; Pippa McGee? Hemingway Jones? Please. Cake is that rare romantic comedy that hasn't been dumbed down for mass consumption and while that (or maybe the ill-conceived title) might have cost it the theatrical release, it can only add to the enjoyment of watching Cake on dvd. All dvd screen shots © Lions Gate Films, 2005.

Rune said…
you must have seen a different version of that movie than I did...that movie BLOWED!
3/23/2006

Greg said…
Yes -- I saw this at BlockBuster and wondered why I had never heard of it! I'll definitely check it out now, thanks. Love the blog, by the way.
3/23/2006