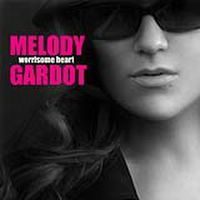 One of the best things about music as compared to other forms of artistic expression is that it has that unique ability to completely knock you off your feet and form a direct connection to the brain without the conscious mind being able to predict, control or explain it. And in some extraordinary cases, the experience gets better with repetition. From the first couple of times I heard Melody Gardot play live, I knew that she was good, but neither of those performances nor her excellent first release, the EP Some Lessons (2005) could have prepared me for what was in store on her first full length CD, Worrisome Heart (2006), released on Tuesday November 7th.

The first clue came on Monday August 7, 2006, when Melody played a date at a small Philadephia jazz club called Ortlieb's Jazzhaus with an exceptional jazz band mixing songs from Worrisome Heart with some killer covers and despite her physical limitations, Melody did three stunning sets running past midnight and the magic of her singing with these supremely talented musicians caused time to seemingly stand still for the duration.

The next clue was contained in a five track preview CD that Melody sold at the show which contained four songs from the then unreleased Worrisome Heart plus one additional track that was recorded for but not included on the eventual release. The beauty of those songs as performed at Ortlieb's was recreated with every spin of the preview disc which immediately took up a three month residency in my CD player in anticipation of the full length release. Melody is a Philadelphia based singer-songwriter who totally transcends the limitations of the genre with songs that are exquisitely written and that mix elements of jazz, blues and folk with vocals that sound so experienced, so heartfelt and soulful that the result is totally irresistable. 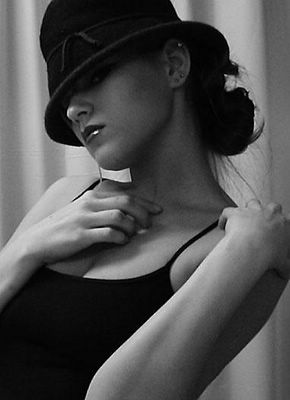 "Sweet Memory" opens the record with a simple and slightly bluesy acoustic sound created by Melody's acoustic guitar coupled with the dobro performance of David Mowry of the group Beaucoup Blue who also opened for Melody at Ortlieb's and sat in with her for the live performance of this song. The jazzier arrangements begin on track two, "All That I Need is Love" a song that is so delightful in its melody and delivery that your first impression may be to think that this is an old standard that for some reason you never heard before.

"Wicked Ride" is an update of one of the signature songs from the Some Lessons EP that was recorded in Melody's hospital room as she recovered from the severe injuries she sustained when she was hit by a car while bike riding in November of 2003. In this definitive version, the electric guitar work by Jef Lee Johnson combines with Diane Monroe's violin to provide a most haunting setting for Melody's vocals which are so bluesy, soulful, and personal as to rip your heart out every time you hear it. "Some Lessons" is also an update from the earlier EP and like "Wicked Ride" is a triumph of taking her life shattering experience and transforming it into something that can enrich the lives of everyone it touches.

"Gone" has such a beautiful melody and Melody does such a beautiful vocal and the song has been given such a perfect arrangement that it's hard to imagine that such a seemingly simplistic song could be this good, definitely on the order of "I Will" from The Beatles' White Album. "Quiet Fire" has a most intoxicating mix of jazz and blues, another perfect arrangement, and such a soulful vocal from Melody that it is another high point in a record that seems to be filled with them. The title track is next, with another bluesy jazz arrangement that will transform your listening space into a jazz club like Ortlieb's just for the spin of the CD.

"One Day" is a little ray of hope sung and performed solo on guitar by Melody with only the poignant accompaniment of Stan Slotter's trumpet. "Love Me Like a River Does" features Melody's core trio of her piano and vocals, Ken Pendergast on bass and Charlie Patierno on drums, accompanied this time by the superb sounding jazzy trumpet of Matt Cappy which gives this a feeling of late night longing that sounds like it might have been from the soundtrack of a classic film noir. "Goodnite" would have been a beautiful closer, but the album has an encore of sorts with the last track "Twilight" offering one more soulful slice of Melody's songcraft as played with the simple arrangment of her trio accompanied by Jef Lee Johnson's incredibly tasteful guitar.

Worrisome Heart was engineered and co-produced by Glenn Barratt at his Morningstar Studios in Springhouse, PA. Worrisome Heart is one of the two best records I have heard this year and Barratt has recorded and co-produced both of them; songs which are incredibly well written to start with are given the best possible arrangements and are played by the most talented musicians and are recorded and mixed with the best possible sound one is likely to hear on a CD. The graphics, photography and CD production values on this album are stellar as well.

The only discernable difference between this totally independent release and one that might have come from a major label is that the artist's vision emerges totally intact on Worrisome Heart. There's a really nice video on the making of this record on the media page of Melody's website in which you can see and hear the recording process along with an interview that was recorded at the Ortlieb's show. Toward the end of the piece, Melody succinctly describes her music, saying "All this music is so based on love and loss and emotion and the hope that you wake up tomorrow and things are gonna be allright." With Worrisome Heart in your player, the odds for such an outcome are definitely improved. 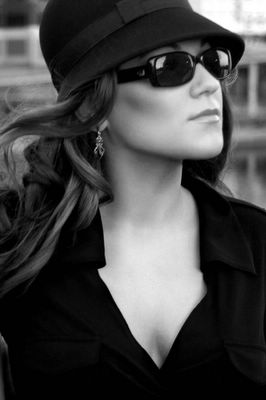 These captivating black and white photos of Melody are from her website and are © Melody Gardot, 2006.

Anonymous said…
I am suprised to see that this is her first album. I just got my copy in the mail and heard it again and again, and its just unreal that independents like this exist. Its on the shelve with my favorite Billie and Etta Albums, waiting to come out when I get a great bottle of wine.

Anonymous said…
I really enjoyed reading this review! Ive been a fan for a while, kind of like you, where every show I see her gets better and better. Just an amazing performer. Im working on putting her in my list of top artists for 2006 over at XPN!!
11/23/2006

Anonymous said…
I follow the local scene avidly. Personally, MG doesn't float my boat, and I find her music a bore.
I know when someone speaks in a negative tone, folks assume one holds a personal grudge. Not so. I just know what good music is out there, and can't understand the fuss about MG at all. She seems to be a local critcs darling, and I find it unwarranted. Submitted just for counter-point....
11/27/2006

William Kates said…
To Anonymous - No question that music's appeal varies significantly from one person to another. I do hope however that as an avid local music follower, you've at least given Worrisome Heart a few spins before dismissing it as a critic's darling. If not you might be in for a surprise.
11/27/2006

Danyelle said…
I know there are 3 versions of WH out there but I don't know which version has a hidden track "My World". Please help me out as I'd love the track... Thanks
5/15/2009

Anonymous said…
to answer Dany, the first version of the album released in 2006 is the one that has the hidden track "My world" or "sorry state" as other know it by. The 2006 version shows a black and weight photo of Melody with sunglasses. the 2007 versions is the one shows a color photo of Melody sitting on a read chair/sofa. The 2008 version is another black and wight photo but with clear glasses. 2007 and 2007 version have the exact same musical content. In other words, Wicked Ride and the bonus track have been removed.
5/26/2014