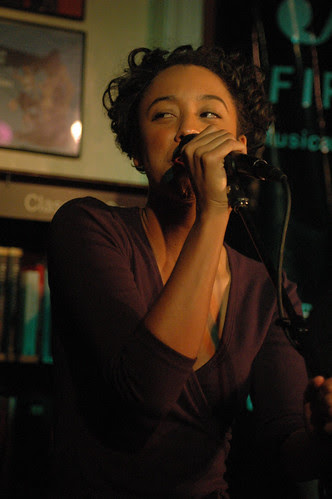 Three time Grammy nominee Corinne Bailey Rae played a special benefit show tonight at New York's Housing Works Used Book Cafe with a stripped down band consisting of acoustic guitar, electric piano and two great sounding backup singers. The simplified arrangements only enhanced the exquisite beauty of her songs. CBR is blessed with an amazing gift for melodic songwriting and it was pure joy to hear her sing her songs in such an intimate setting. 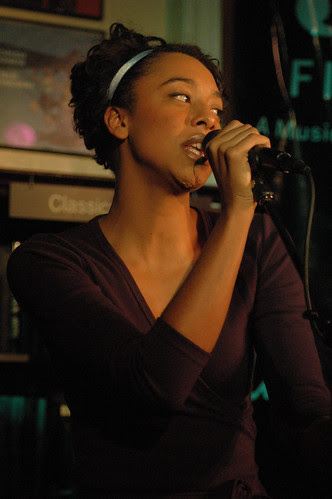 She's over here from England not on a formal tour but to do lots of television appearances; she's been on all the late night talk shows and today taped a segment for Oprah that will run early in 2007. Interspersed are a few key shows like this one and a full band show a few nights ago at New York's Town Hall. Tomorrow morning after performing on CBS Saturday Early show, she's off to L.A. for a benefit concert which is a Stevie Wonder tribute. After mentioning this, she did the most amazingly gorgeous cover version of Stevie's "Creepin'" from Fulfillingness First Finale; it was chills down the spine great. 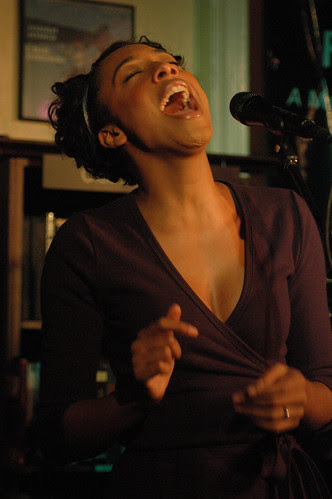 After an introduction by Alan from the Used Book Cafe, she opened with "Trouble Sleeping", then did "Breathless" and "'Till It Happens to You". Then Alan conducted a brief Q&A session with Corinne which included questions from the audience. The set then resumed with "Creepin'", "Like a Star", "Butterfly", and "Put Your Records On". 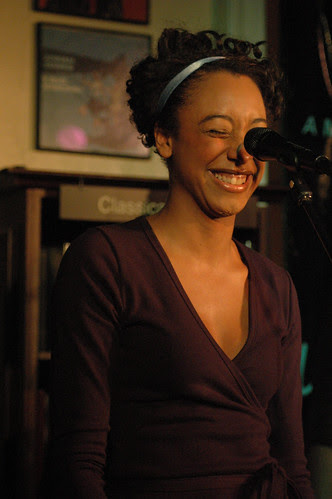 Corinne Bailey Rae is so melodic, so natural, so modest, and so sweet that one can't help falling in love; I couldn't anyway. All photos © W.Kates, 2006. 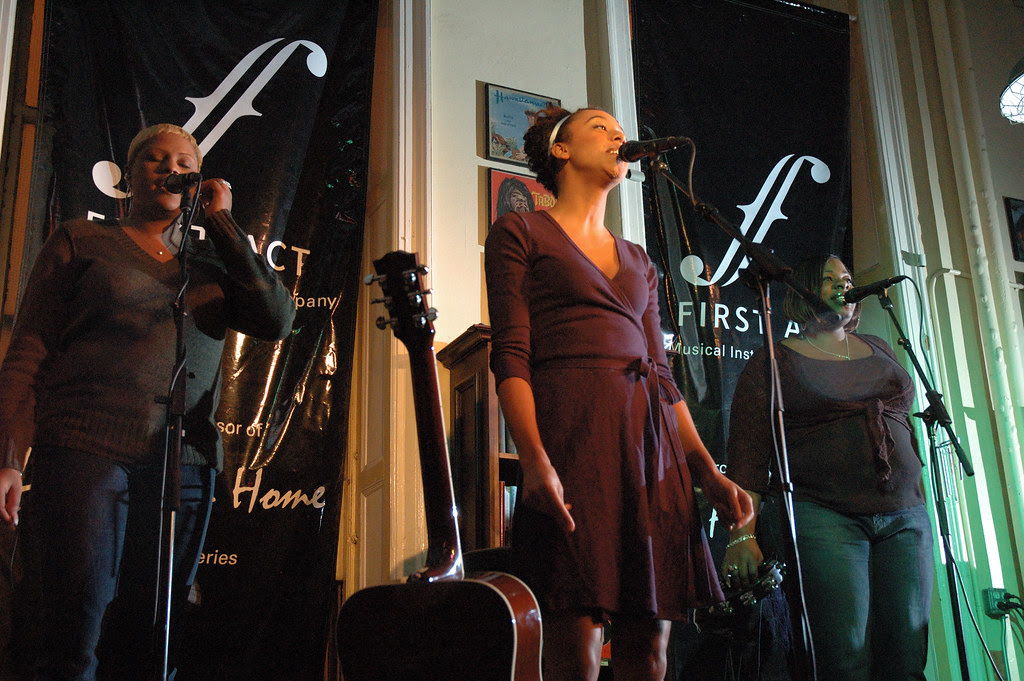 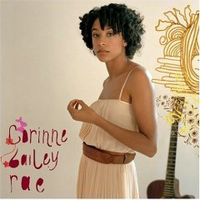 Charlie Ricci said…
Corrine is a fine talent. This must have been a great show. Did you see her on the James Taylor tribute on PBS?
1/30/2007