(Arista, 2005) is already three years old, he just released a new video for the song "Waitin' on a Woman" featuring Andy Griffith. Use the above link to have a look. The song as it appears on the album is just Brad Paisley, but in the video, Griffith adds his voice to some of the lyrics, which is a nice and poignant touch. Anyone who grew up watching the Andy Griffith Show or Matlock can't help but be touched by his role in this video; now at age 82 he's the grandpaw or great-grandpaw we'd all like to have, or at least he is in this video. You go Anj! 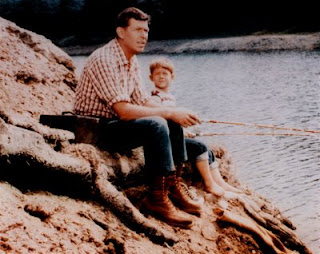 I'd be remiss if I didn't also point out that this is a great sounding song with a nifty guitar solo and a classic sappy country ending. This seemed like a good time to go back and check out Time Well Wasted,

the title track being another candidate for the "songs that are described by their title" mix. The album is superbly produced and consists of about half super-serious love songs, and half the sort of country songs with lyrics that veer from sappy to humorous or both at once, all of which makes country radio a better place.

Paisley is one hell of guitarist, and this talent will be featured front and center on Paisley's next album, Play, due November 4th on Arista Nashville. Play will be a mostly instrumental record centering on Paisley's guitar work, coupled with guest artists such as B.B. King, Vince Gill, and Keith Urban, including the cleverly titled "Cluster Pluck" in which Paisley jams with seven other guitar players. There's be a Les Paul tribute and a shared vocal with B.B. King on "Let the Good Times Roll". 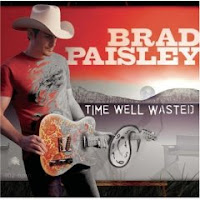