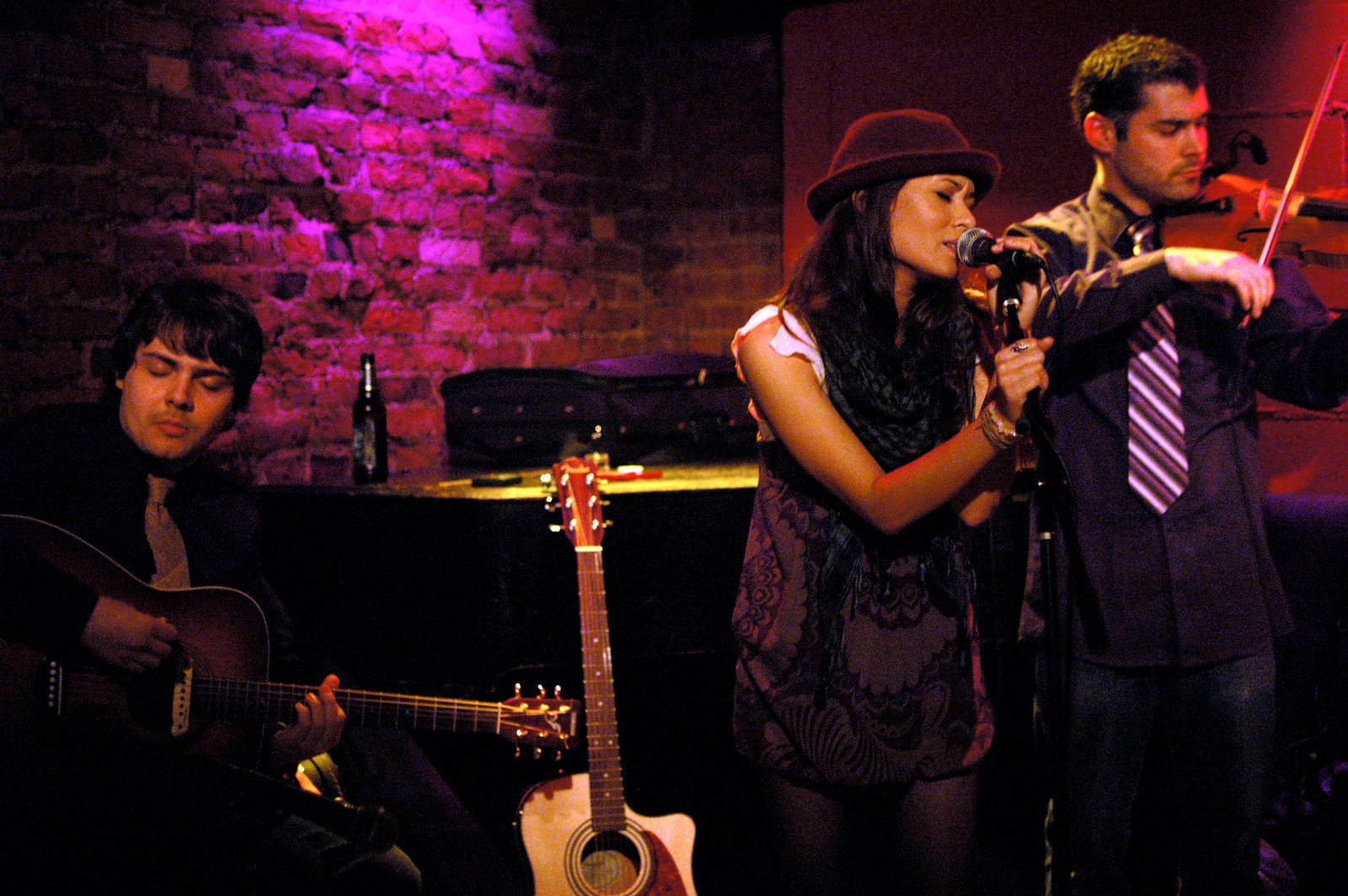 I think I've figured out why there is so much love in the room whenever Shayna Zaid plays the Rockwood Music Hall. Rockwood regulars have enjoyed seeing her and her band play many times this year as they write and record the new album that is currently nearing completion. The reason for the Rockwood love fests is that Shayna has a magical way of writing and singing a love song; when you hear her sing songs like "Closer" and "It's You", all of her songs really, it seems like she is singing them directly to you. Combine that with superb arrangements given these songs by her band, especially the highly melodic playing of Yan Izquierdo on violin, producer Joel Dean on guitar, Brendan O'Grady on bass, and drummer Chris Heinz who always has just the right touch at the right time, and well it all adds up to a really special live music experience. 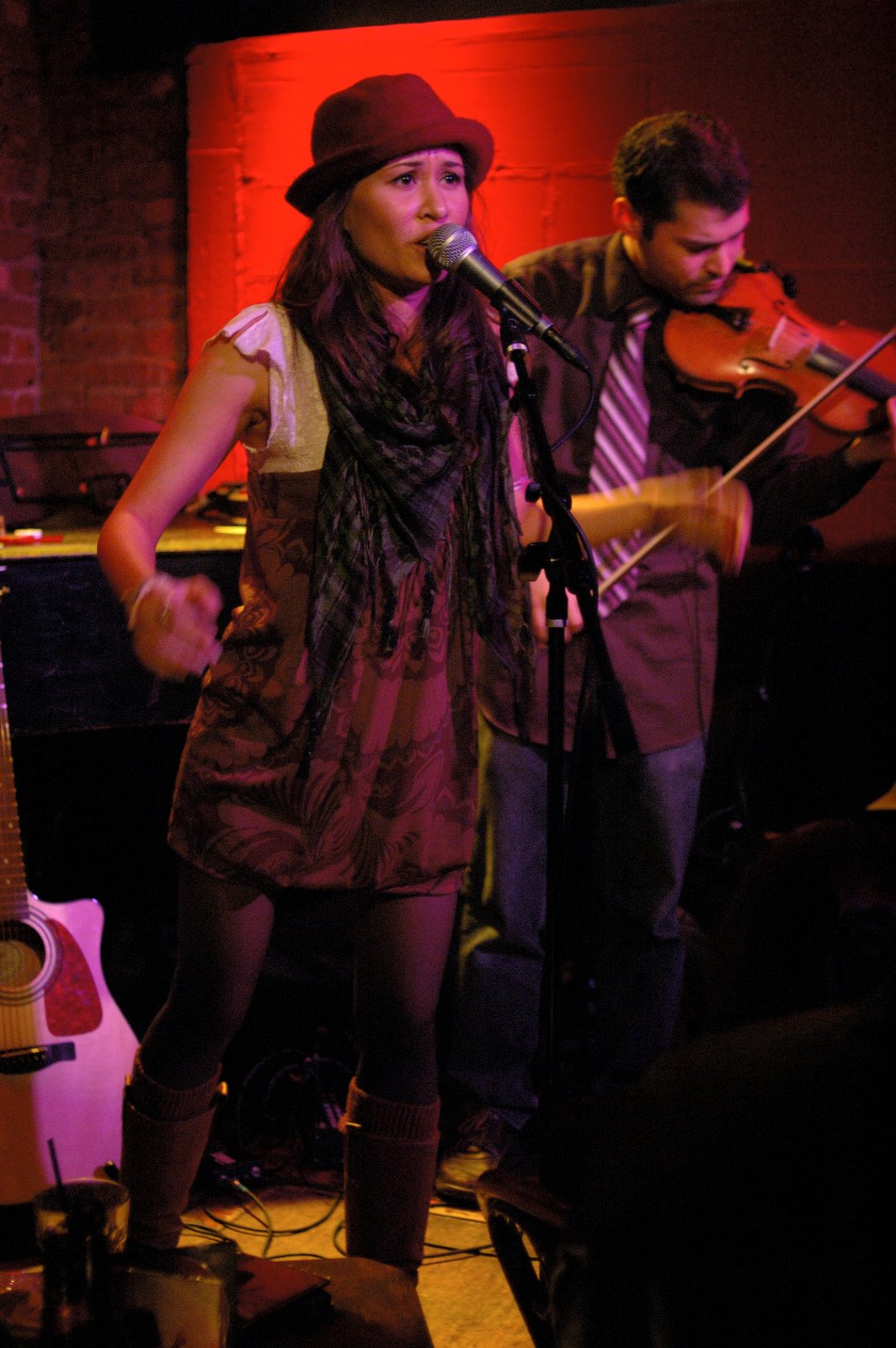 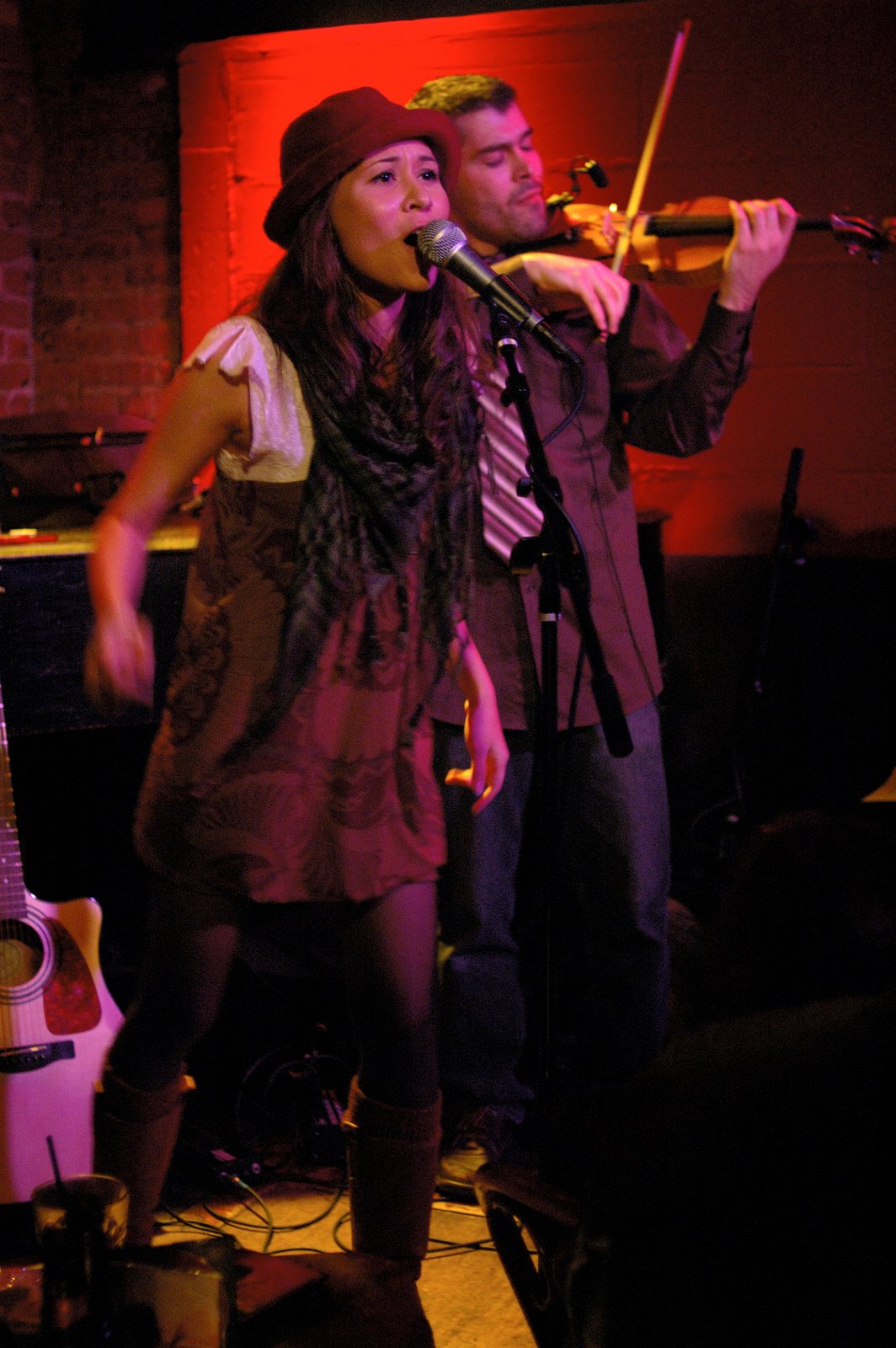 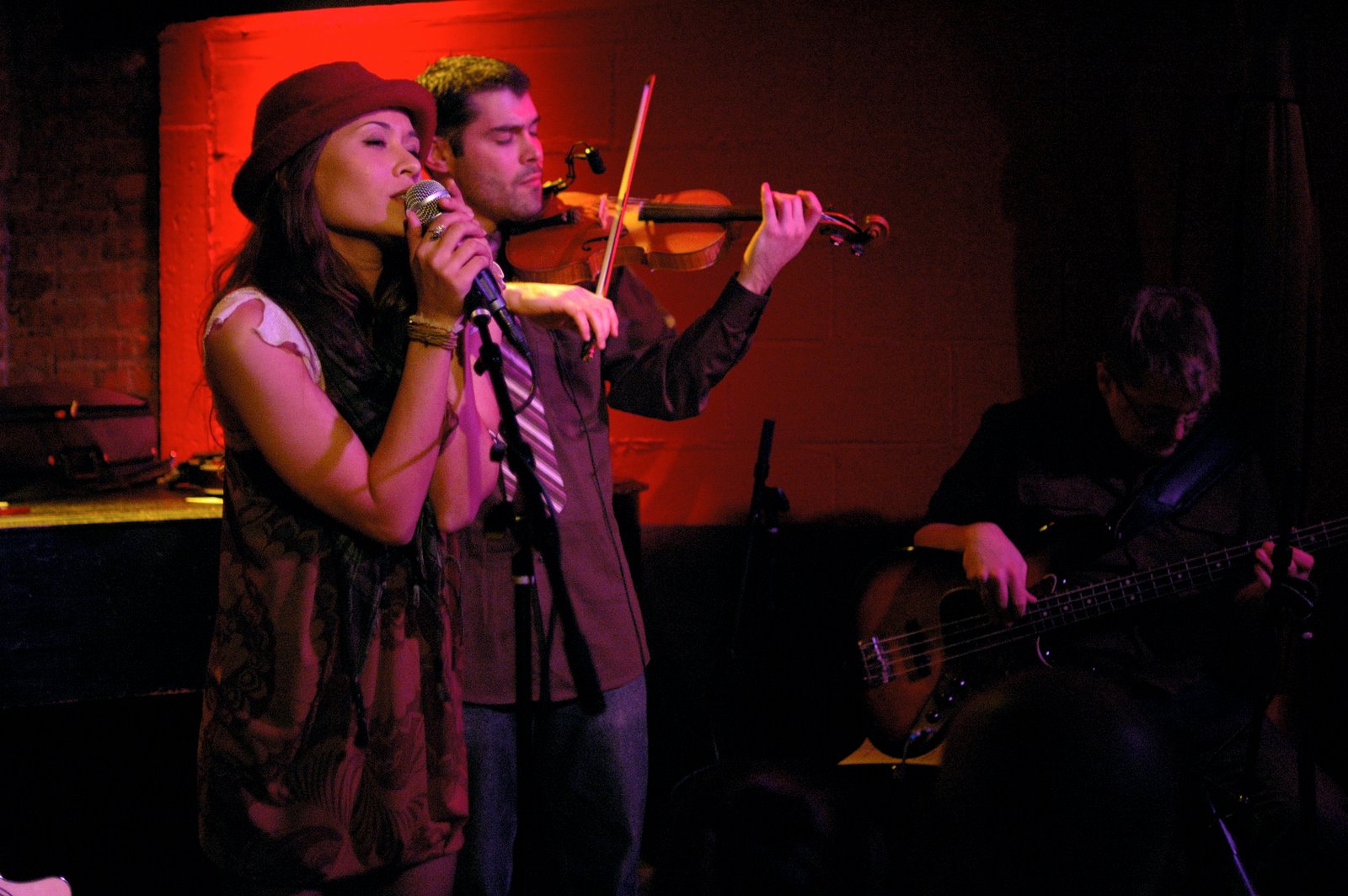 The show opened with a debut of a new song called "Morning Sun" featuring Yan on mandolin and a nice upbeat slice of morning optimism. "I Need an Answer" will be happily familiar to anyone who's seen Shayna more than once. "Just Because", one of the newer songs in the set, is a bouncy little tune embellished with some great facial expressions by Shayna, it also leads off her new EP, Au Fait.

Listen to "Take Your Time".

"Closer" knocked me out the first time I heard it last summer, and over the past few months, they've enhanced the slow and beautiful arrangement with some gorgeous violin from Yan and some nice acoustic guitar work by Shayna and Joel. "I Remember" came next with the band continuing the highly melodic vibe. "Take Your Time" sounded all the more powerful by virtue of it's simplicity, now featuring just Joel's guitar and Shayna's voice. "Stay" had some more great violin by Yan. Next up was "Love" with the audience now totally in Shayna's capable hands. The show ended on a high note with "It's You", a song that I think I've heard her sing every single time out, and I've got to say that with the current arrangement by Joel and the band, Shayna's ultimate love song has never sounded better. 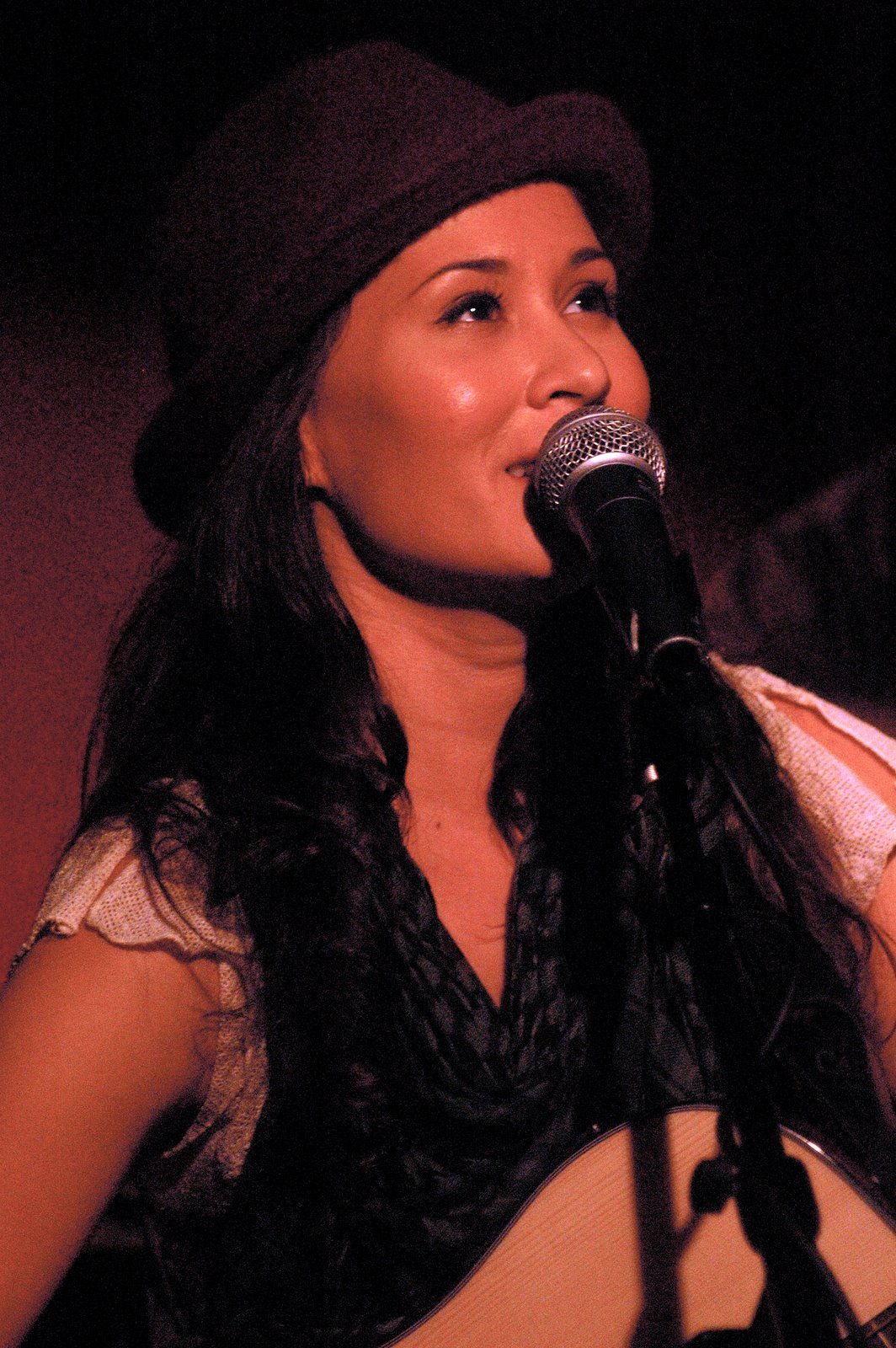 Shayna and her band, now named "The Catch" have worked hard all year writing, arranging and recording, and it shows whenever they play live. They're now putting the finishing touches on an album's worth of great songs, maybe more; they recently released a five song preview EP, Au Fait,

currently available at Amazon, iTunes, and other download retailers. 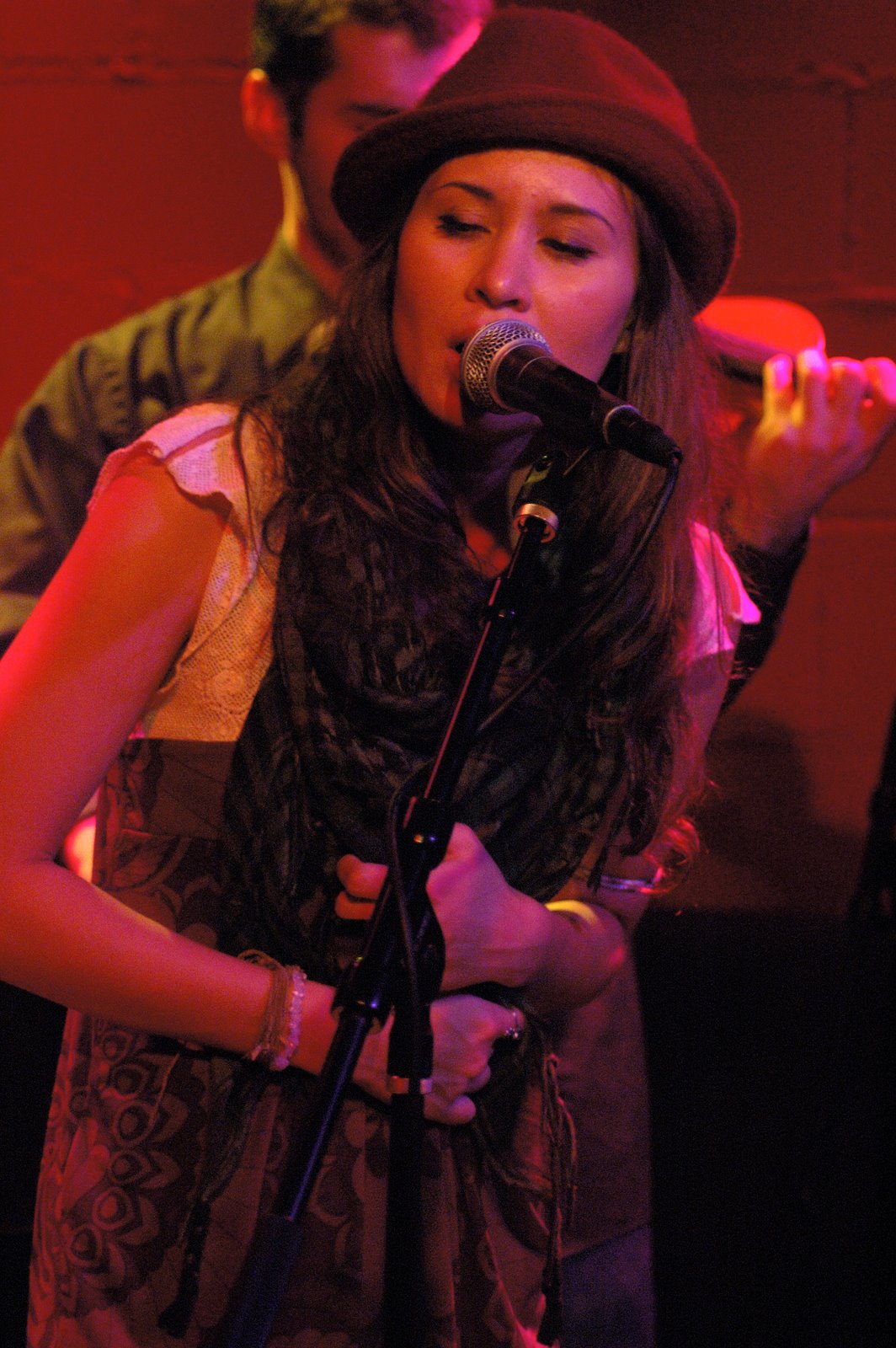 Come and check out the new bass player Michael Pearce on January 23rd when Shayna makes her Living Room debut, and she'll be back at Rockwood on February 7th. See her now in the intimate confines of these great Lower East Side venues while you still can; based on the level of her singing, songwriting, and live performances, her days of playing such rooms may be numbered. 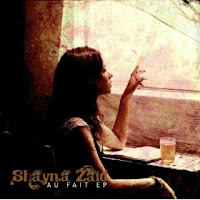 Anonymous said…
shayna is truly a star yet to be discover!