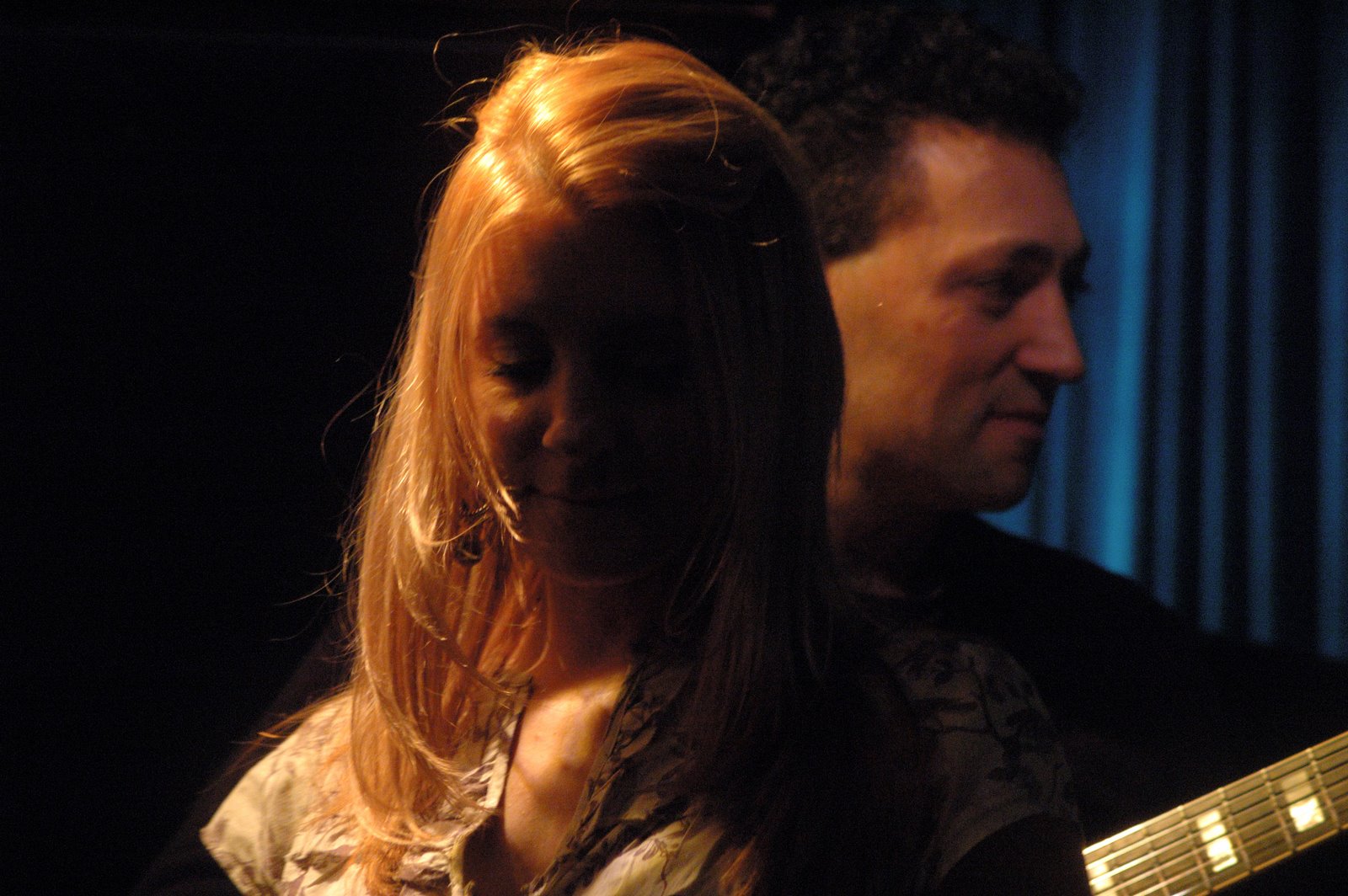 Christmas came early in New York City last night at Cachaca in the form of a superb set by Vinny Valentino and his band featuring Chrissi Poland on vocals and piano. Vinny is a supremely talented jazz guitarist and composer and his band is similarly endowed with all members soloing well and often. Joel Rosenblatt on drums together with Gilad on percussion formed a one two knockout punch of rhythm that was mindblowingly great as well. Armando Gola played bass, not only providing the bottom, but during his solos played with the finesse of a fine guitar player.

Chrissi is one of the most versatile and gifted singers, songwriters, and musicians I've encountered in a very long time. Having seen her a number of times this year, every time out the music has been different but every time she has been amazingly great. Rock, folk, soul, blues, especially slow blues, you name it, she can sing it, she can play it and she will knock your socks off in the process. This night it was Chrissi the jazz singer and piano player, and man did she kill with this most amazing group of musicians. 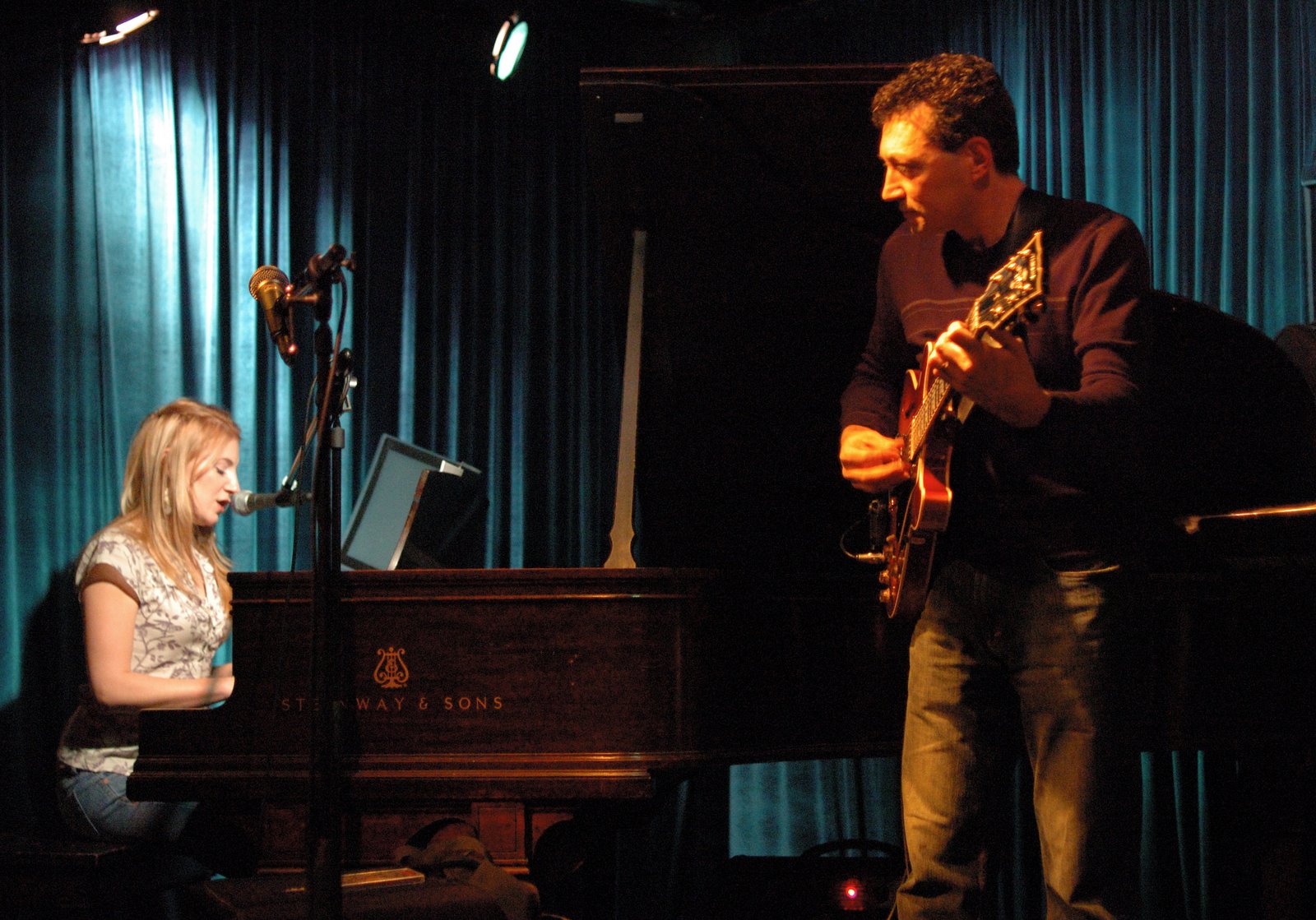 Listen to Vinny Valentino - "How Sweet It Is" featuring Chrissi Poland


The set began with a super jazzy take on Marvin Gaye's "What's Goin' On", Vinny accompanied by Chrissi's piano and vocals, six string bass, and the aforementioned drum and rhythm section. "How Sweet It Is" featured Vinny's gorgeously mellow guitar, an incredibly soulful vocal by Chrissi, and some delightful interplay between Vinny and Armando during the bass solo. The rhythm section was totally in gear, adding a high intensity underpinning for the mellow vibe. There was even some slow dancing in the audience during this number. 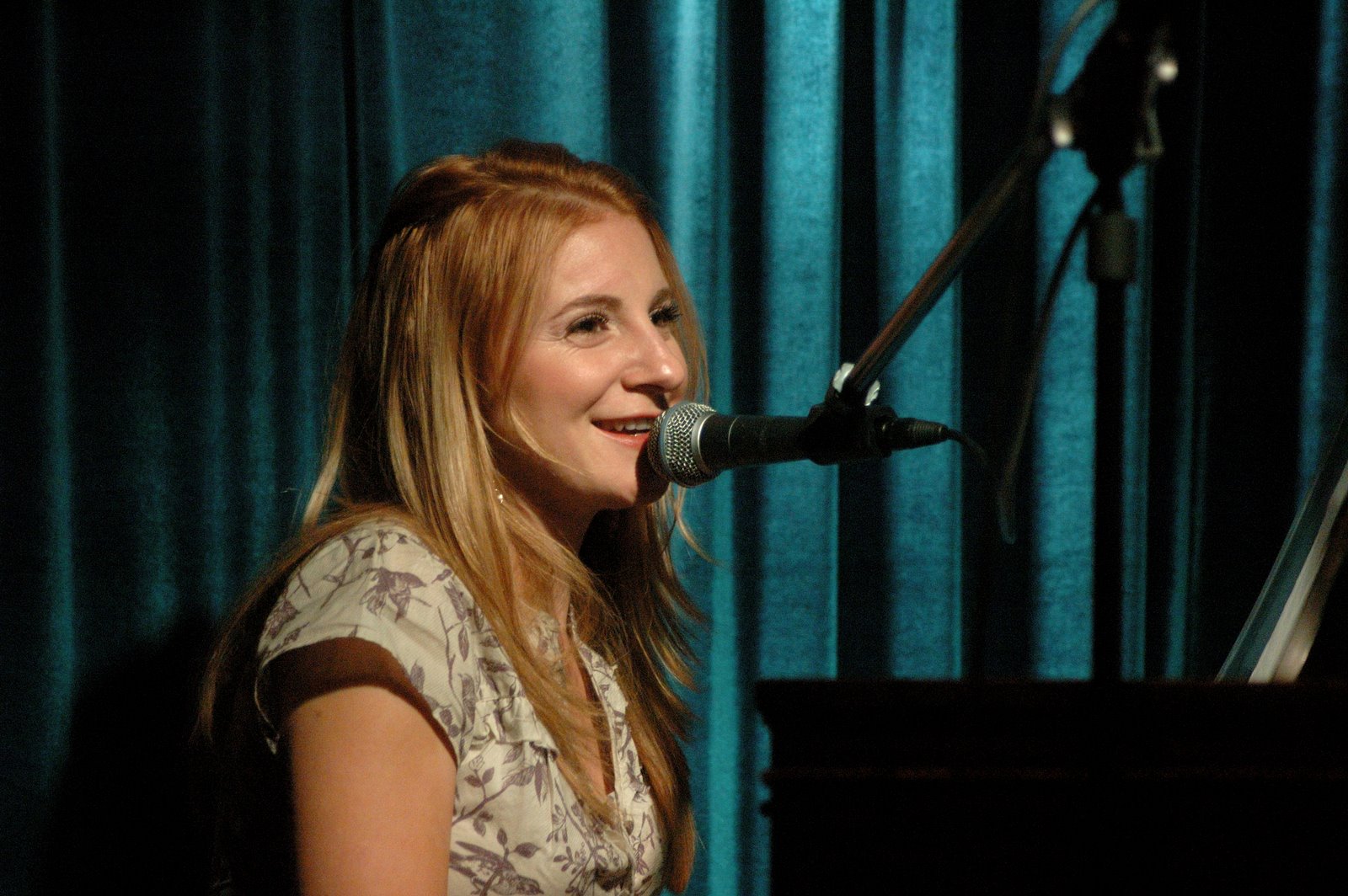 The Staples Singers' "Let's Do it Again" never sounded so sexy, and Vinny added a wild guitar solo. Under normal circumstances, I would subscribe to the theory that Stevie Wonder is god and no one can touch him, but Vinny's Latin jazz version of "Boogie On Reggae Woman" was the coolest (and hottest) rendition I've ever heard; guest player Adam Klipple took over piano duties freeing Chrissi to take the mic center stage while Joel and Gilad totally smoked the song which included guitar, bass and piano solos. Wow. 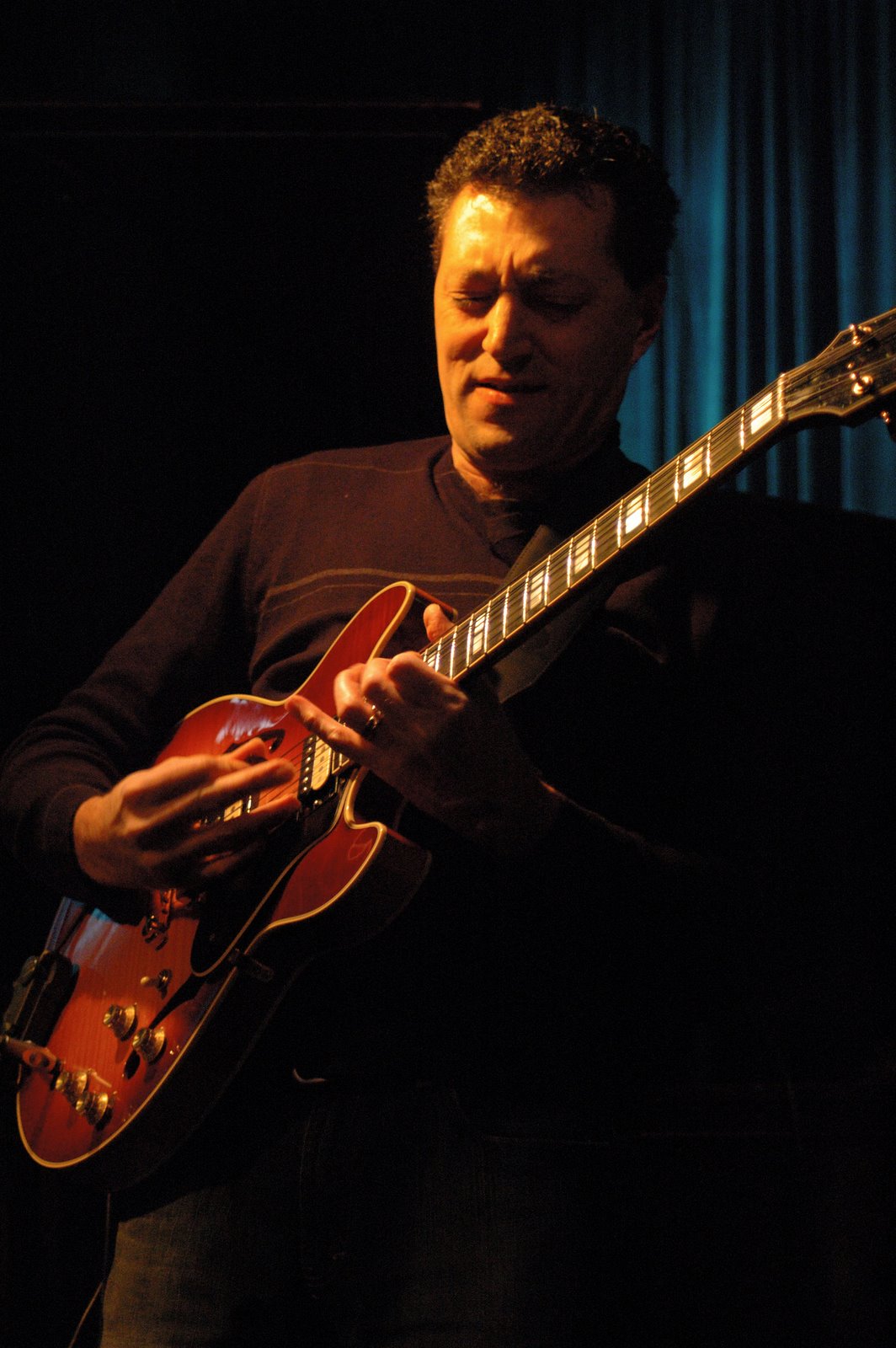 Bill Withers' "Use Me" had a slow burning funk groove with incredible intensity, more great solos in the middle including a jazz vocal solo by Chrissi. Closing the first set was "54th Street East" an excellent Vinny composition, long solos for all including more vocal solos by Chrissy and Vinny, all awesome. 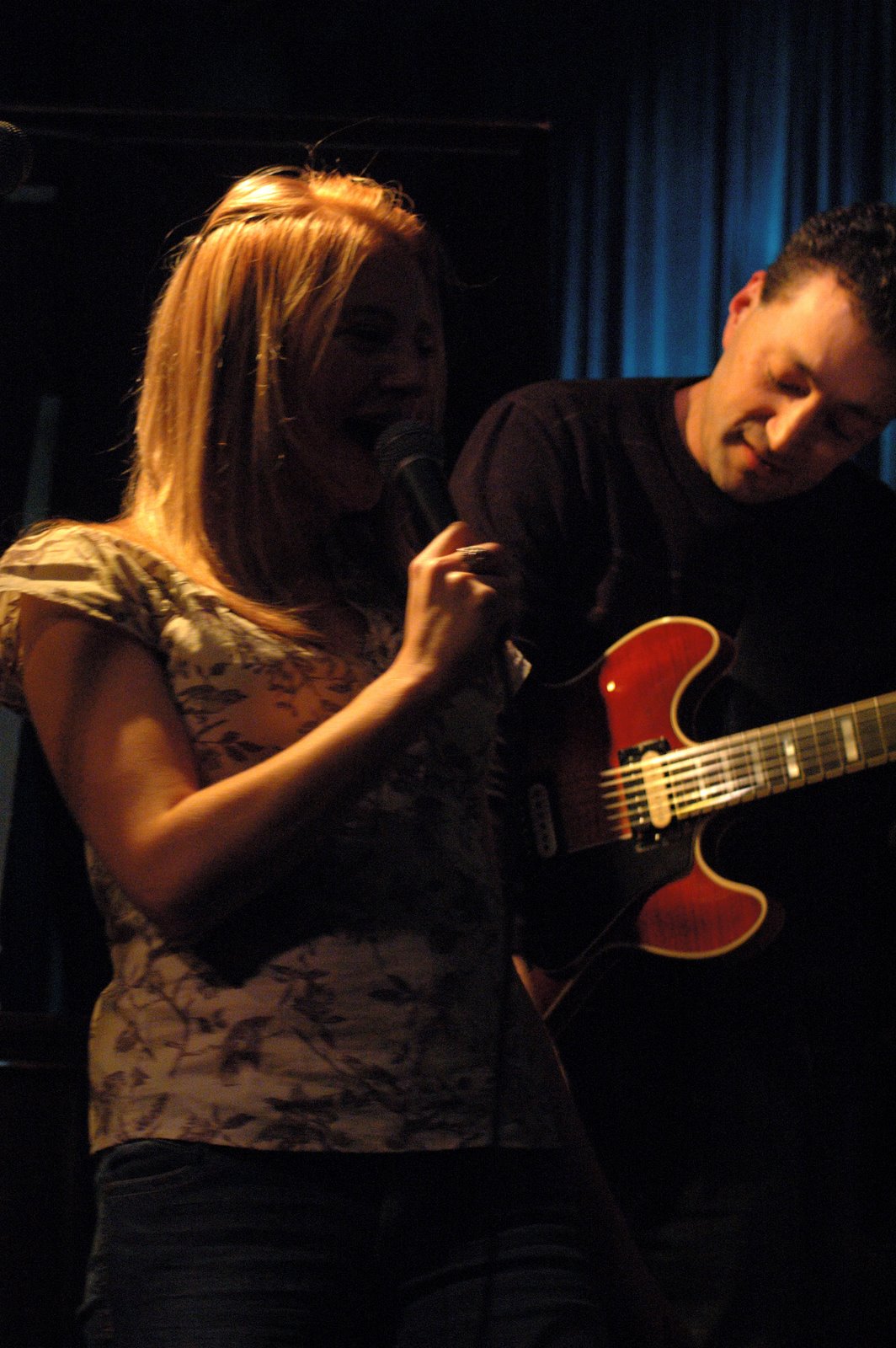 Back after a break, Chrissi riffed a bit on "Let it Snow, Let it Snow, Let it Snow", then the second set began with another Vinny original "BWA", featuring a guitar based groove with extended solos for all. Guest musician Dave Lavosi took over bass duties for a killer "Down to the Nightclub (Bump City)" with great solos and a blazing rhythm section that gave up nothing to the Tower of Power original. 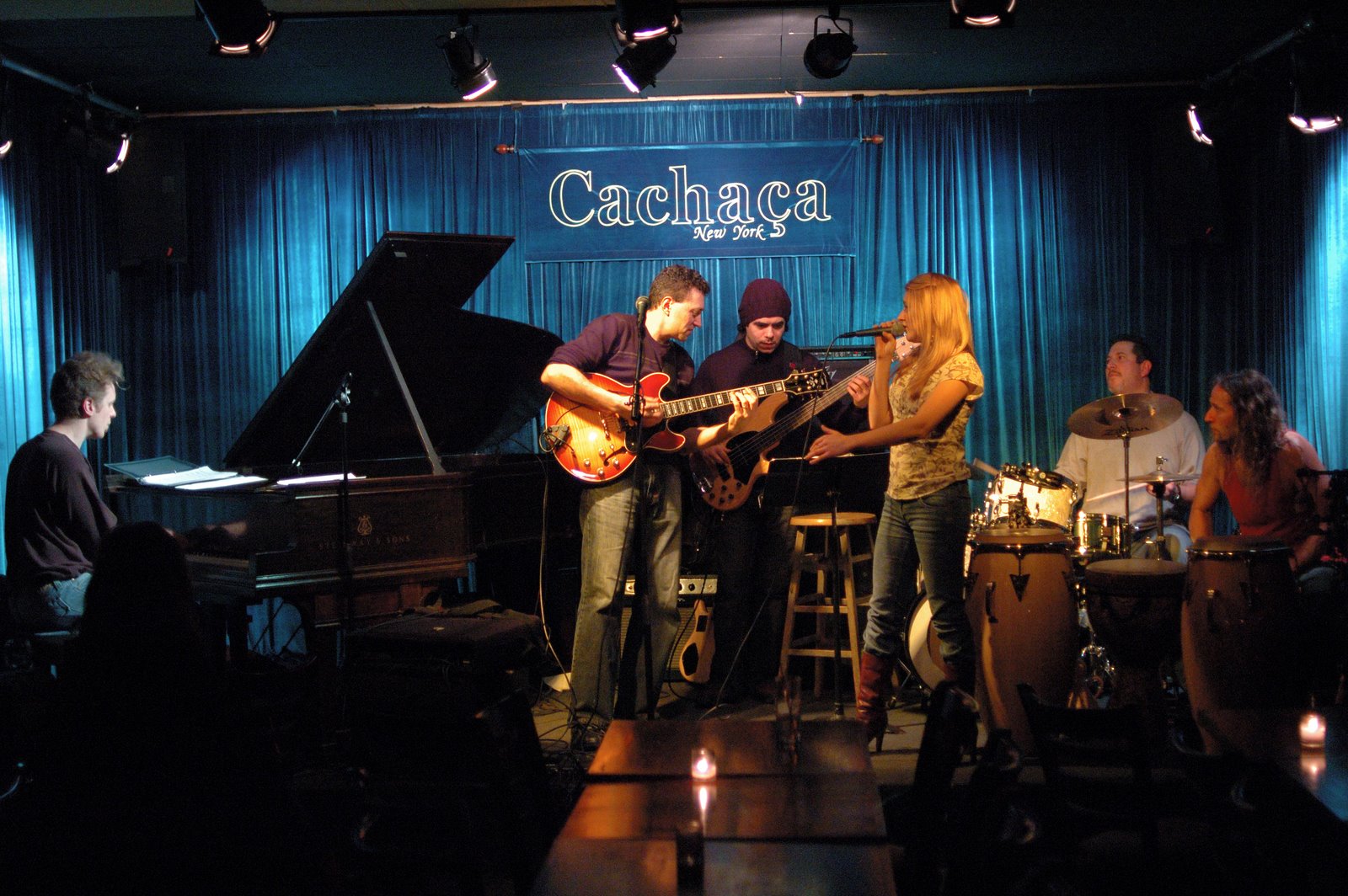 
Chrissi's "Angel Weep for Me" got a gorgeous jazz guitar arrangement for yet another different take on this great song. Armando came back onstage to play bass for another awesome Vinny original "Slip Away" which featured a funky guitar groove and a quite nice vocal duet by Chrissi and Vinny. Steely Dan's "Do It Again" ended the night with a very jazzy and super rhythmic version sounding amazing with Chrissi's vocal and piano solo. I thought I heard a lick or two of "Green Earrings" in there somewhere. Gilad did a killer solo; he can instantly transport the room to Cuba with his cowbell and other rhythm implements. Joel joined in perfect synch as the groove morphed into reggae with Chrissi singing Bob Marley's "Get Up Stand Up" complete with call and response whistling solos by Chrissi and Vinny. What a show. 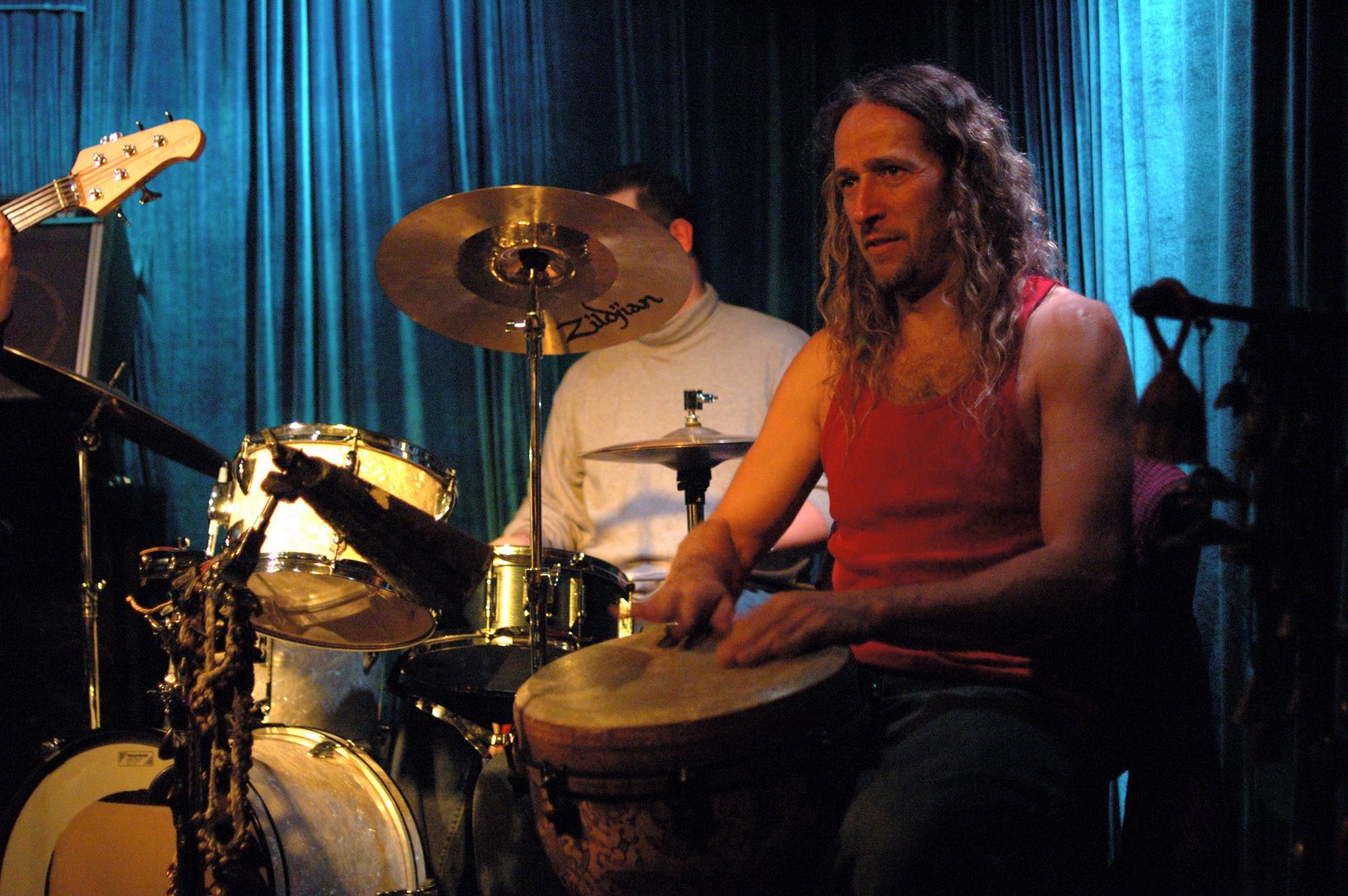 I could not think of a better way to spend an evening any time, but to hear hot jazz on a frigid December night, so awesomely played and sung, in a great venue like Cachaca, well it just doesn't get any better than this, and the perfect respite from the holiday rush, three days before Christmas. 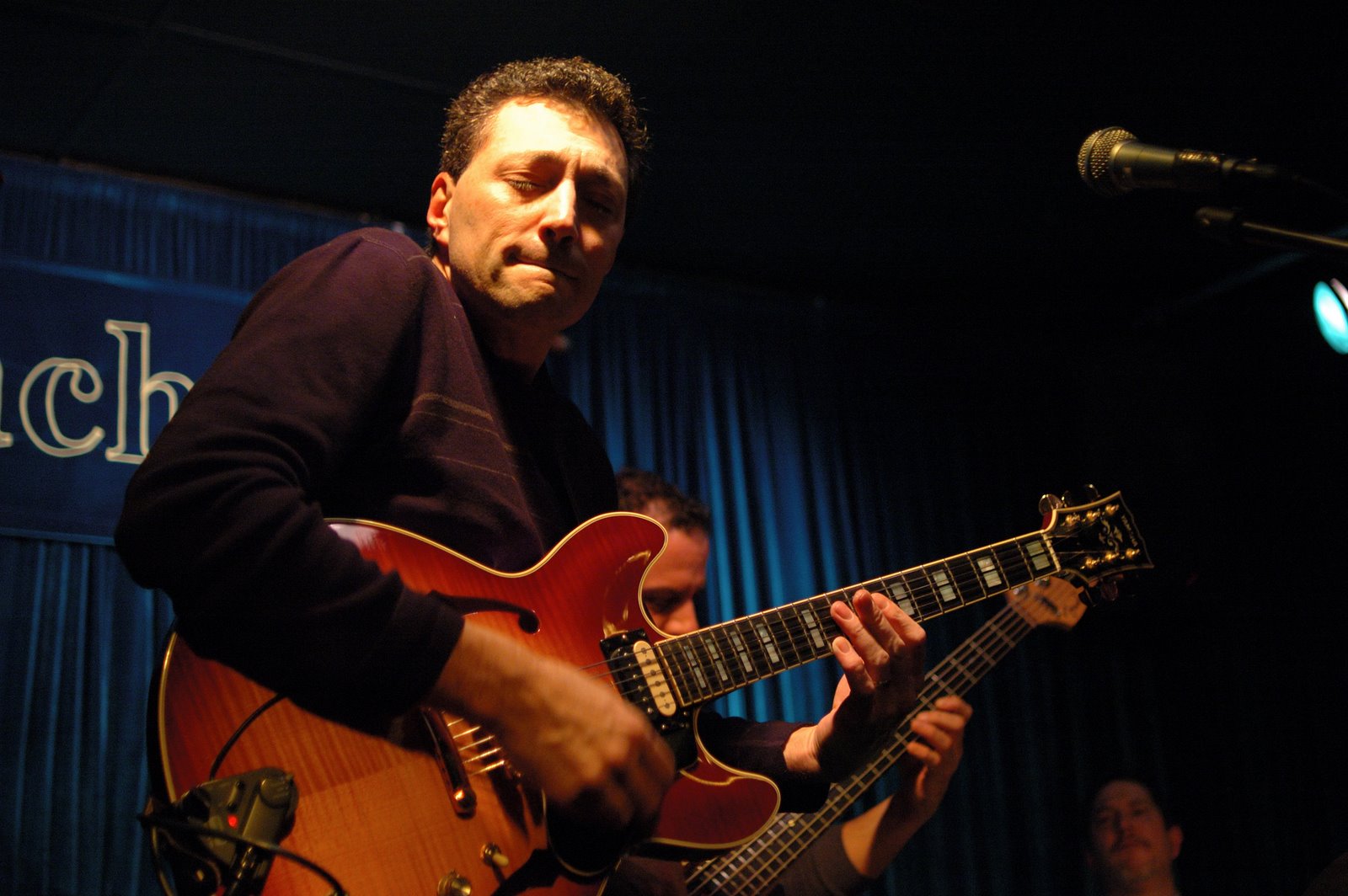 Check out more photos from the show on my Flickr page. Vinny Valentino has seven albums, all available to purchase for download for $7.99 each at his website. Thanks a million to Vinny for providing the two tracks posted here for your listening pleasure. 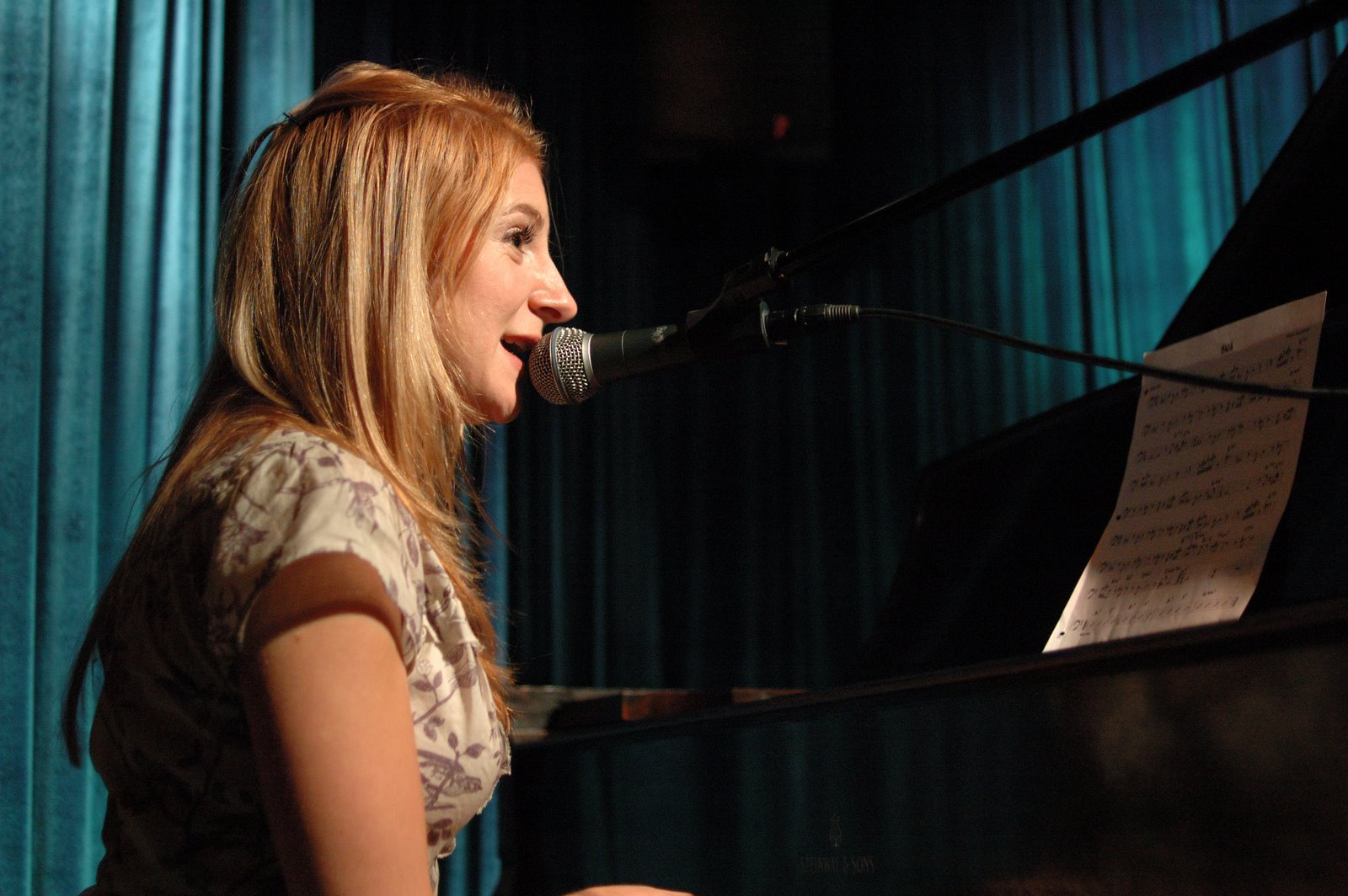 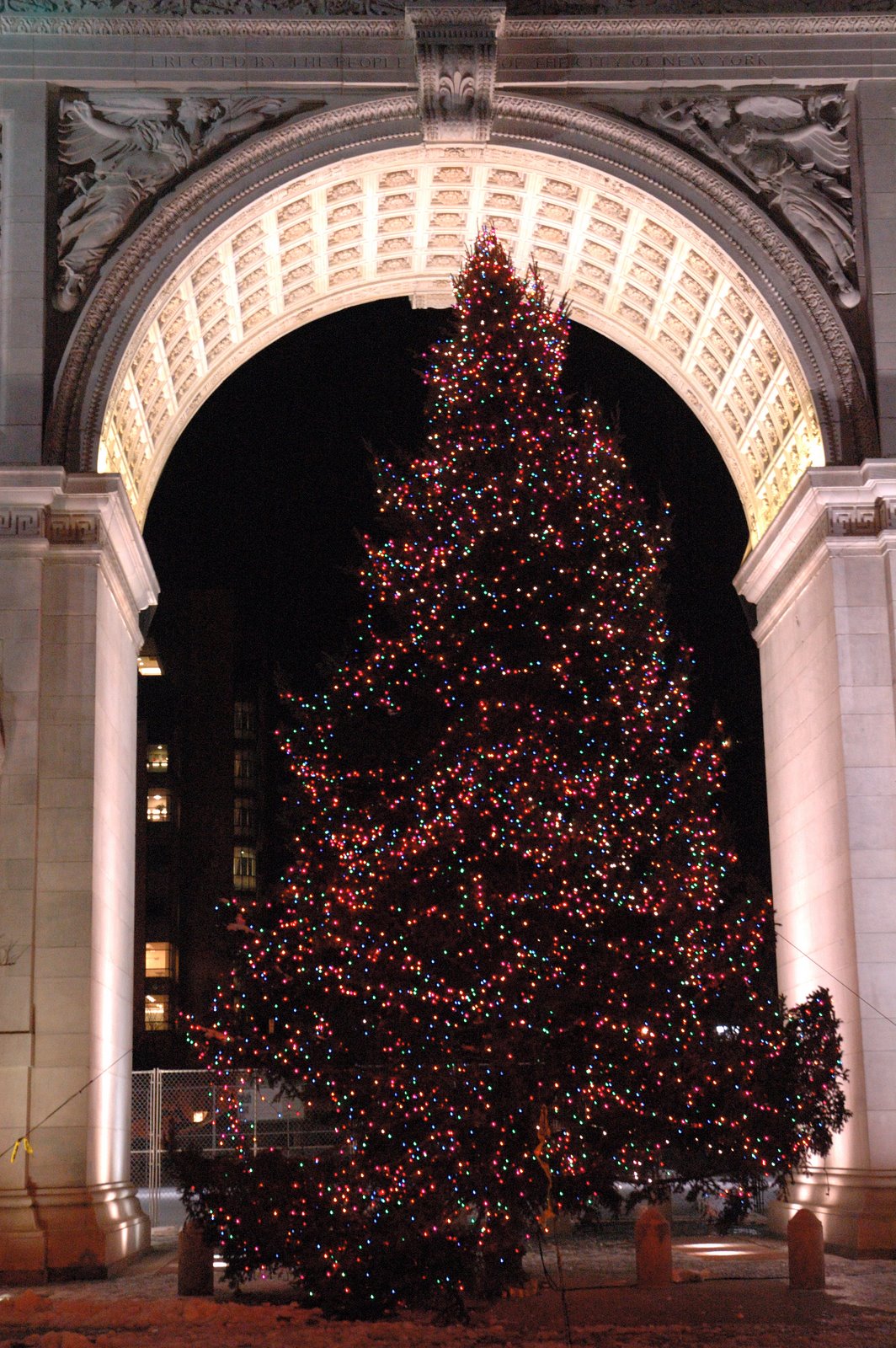 Washington Square Park, just around the corner from Cachaca.