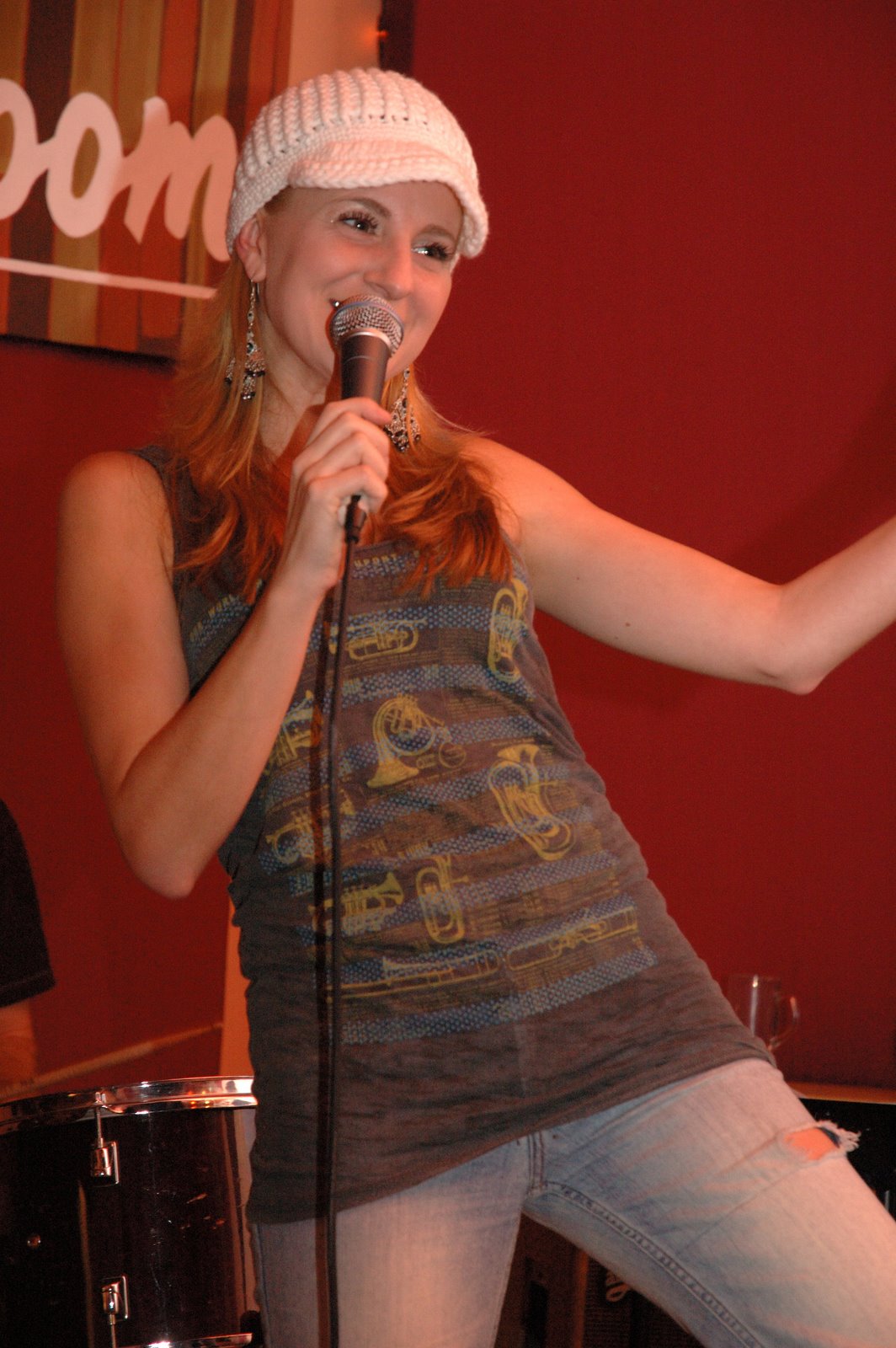 [HD video on youtube sometimes streams slower than the player requires, so for smooth play pause it and let the stream get ahead of the player. Start the above song and read on.]

This story begins on election night 2008 at the Living Room. The atmosphere was already electric with anticipation of the impending election of Barak Obama. I'd seen Chrissi several times before, first encountering her at Rockwood back in July of 2008. I knew she was good, but nothing prepared me for what was going to happen next. She began her set with "Alone With My Troubles" a song which she had just written earlier that day, literally just a few hours before the show. The power of this heart-wrenching blues, together with the slow, beautiful and incredibly compelling performance by Chrissi and her band, made time stand still and made the heart stop, and the intensity did not let up for the duration of her set as she followed one great song with another. When it was over and I finally exhaled, to paraphrase Janis, Chrissi had taken a little piece of my heart. 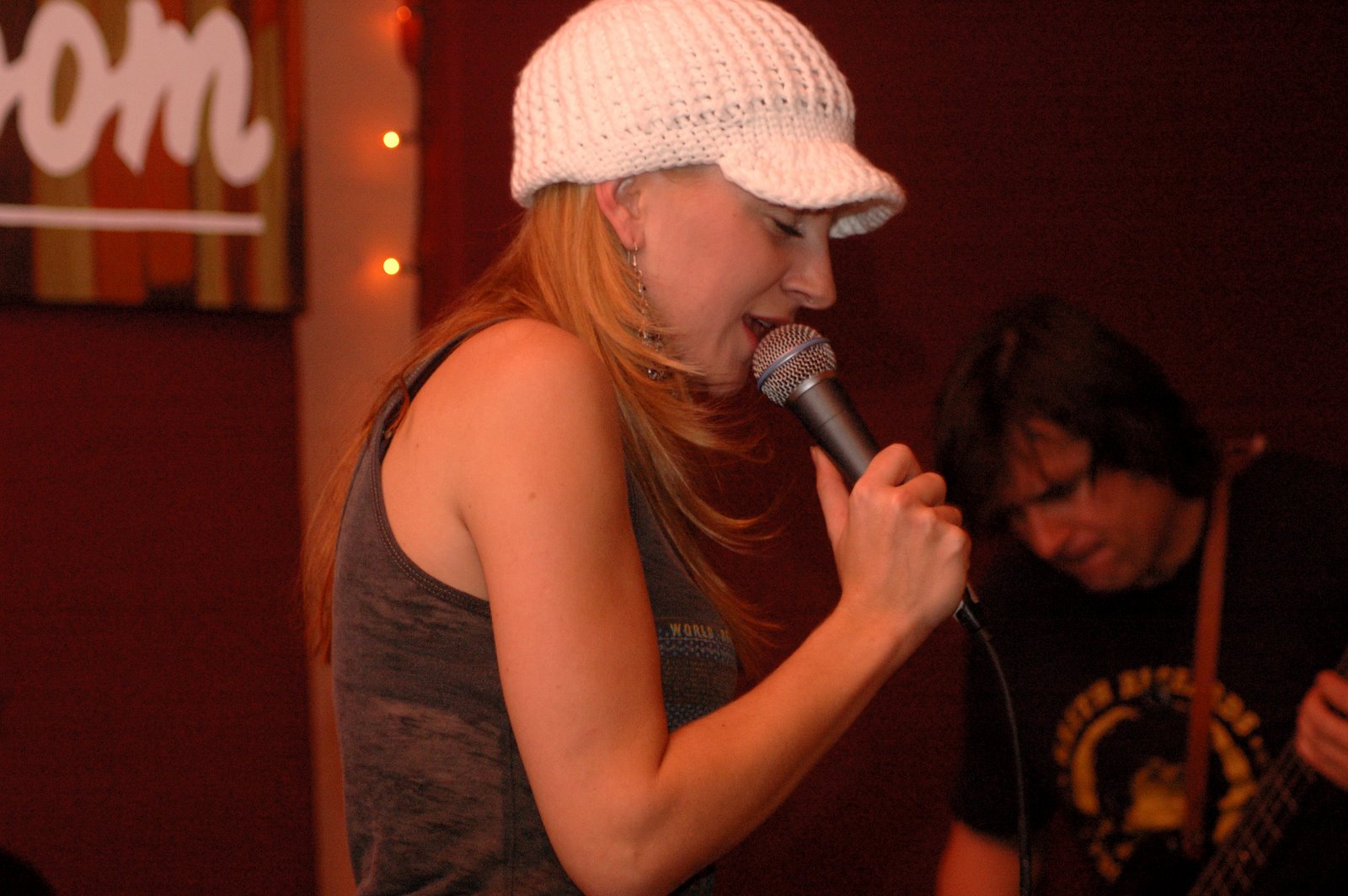 Chrissi's band for this show was Steve Elliot on guitar, Richard Hammond on bass, Henry Hay on keyboards, and Tony Mason on drums. "Troubles" was followed by "Steppin' Up, Gettin' Down", "Thinking of You", "Next Time", "Another Sad Song", "Angel Weep for Me" (video above), a great cover of Albert King's "Shake 'em Down", the gorgeous "Little Bit of Loving", with Chrissi reporting election news between some of the songs. She ended the set with "Yes We Can" covering Allen Toussaint as done by the Pointer Sisters, a tune she dedicated to Obama. 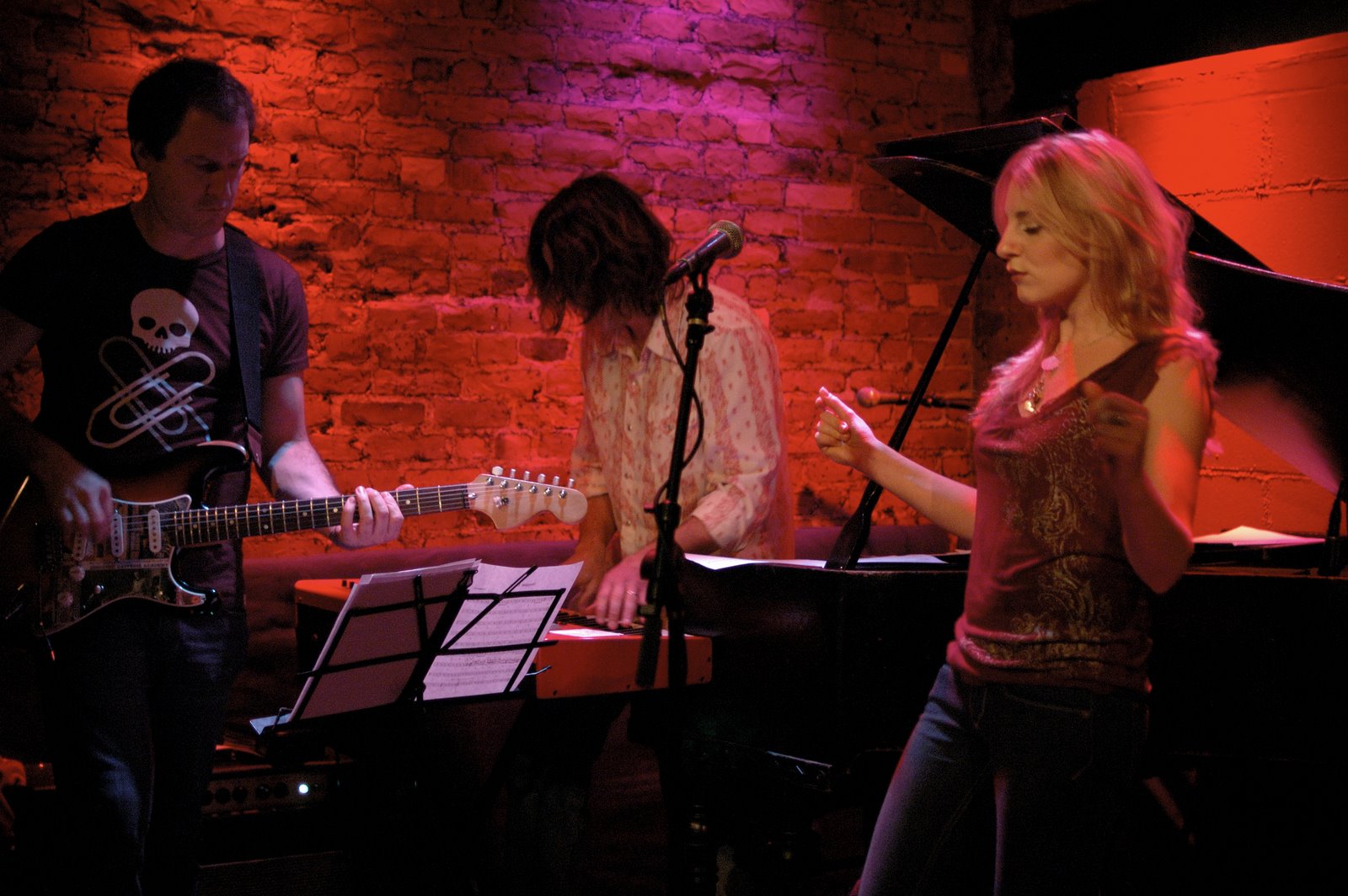 I had never actually planned to add shooting video to my photographic repertoire, I had picked up a pocket camera to experiment with, to see if it might be suitable for times when carrying the Nikon SLR is impractical or impossible. It just so happens that this little camera can also shoot high definition video, and exploring that capability led to the above clips from election night. The prospect of shooting even better quality audio and video to capture some of these live performances led to further experimentation with a Canon high definition camcorder, which provides the video for all the later clips. 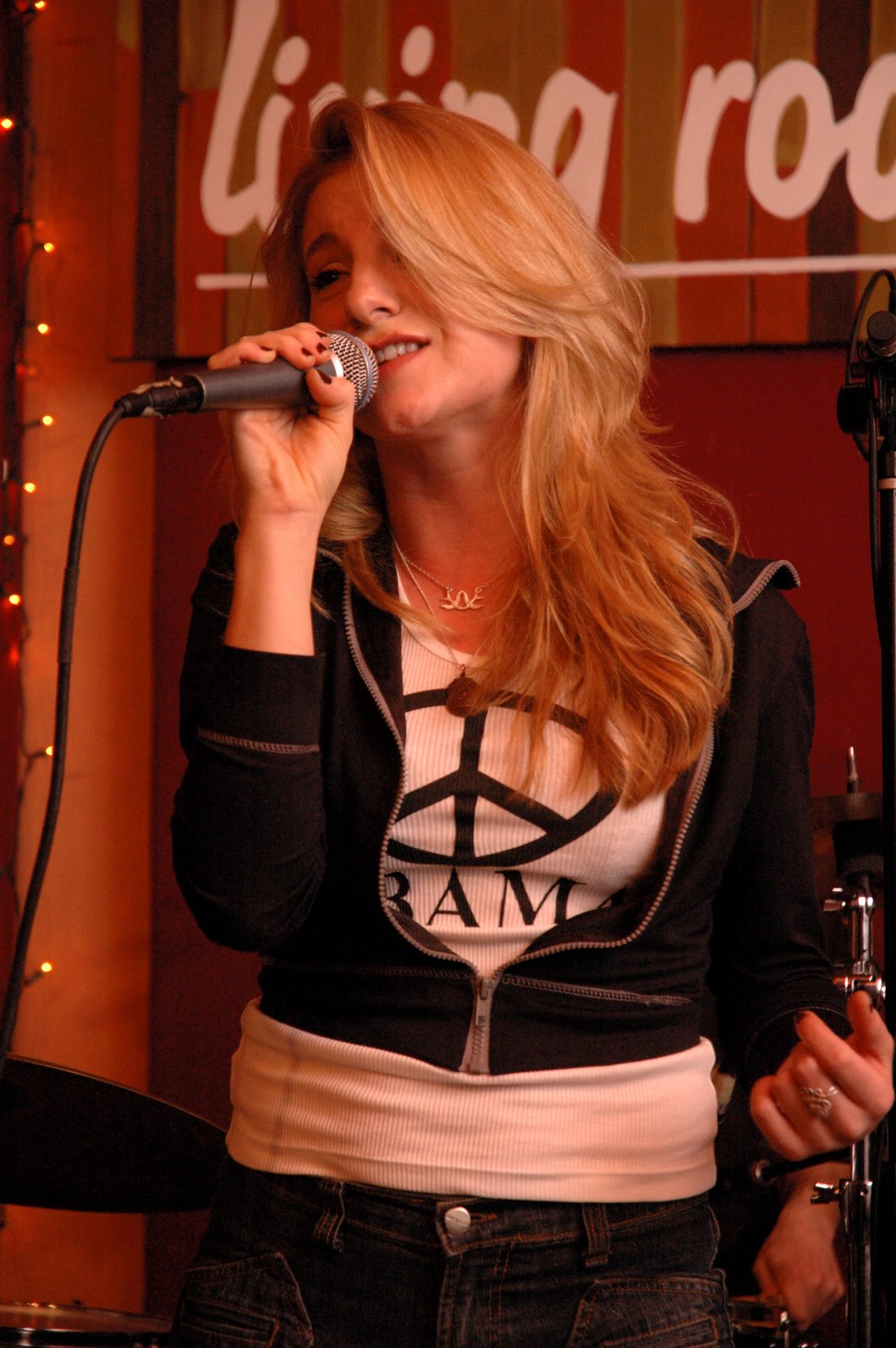 On January 25th at the Living Room, Chrissi took over the drum kit for "Sing" a song she co-wrote with her partner, producer and pianist Jon Cowherd. Chrissi has mentioned enjoying the irony that while she's singing "All I really want to do is sing", she's really thinking that all she wants to do is play the drums.

The band for this date included Steve Eliott on guitar, Jon Cowherd on piano and Hammond B-3 organ, Tim Luntzel on bass, and Joe Goretti on drums. The show opened with another killer version of "Alone With My Troubles", a cover of Bettye Lavette's version of "Do Your Duty", the hauntingly beautiful "Next Time" (listen below), "Another Sad Song", "Sing", "No Good Guy", "Angel Weep For Me", and "Yours is the Love". 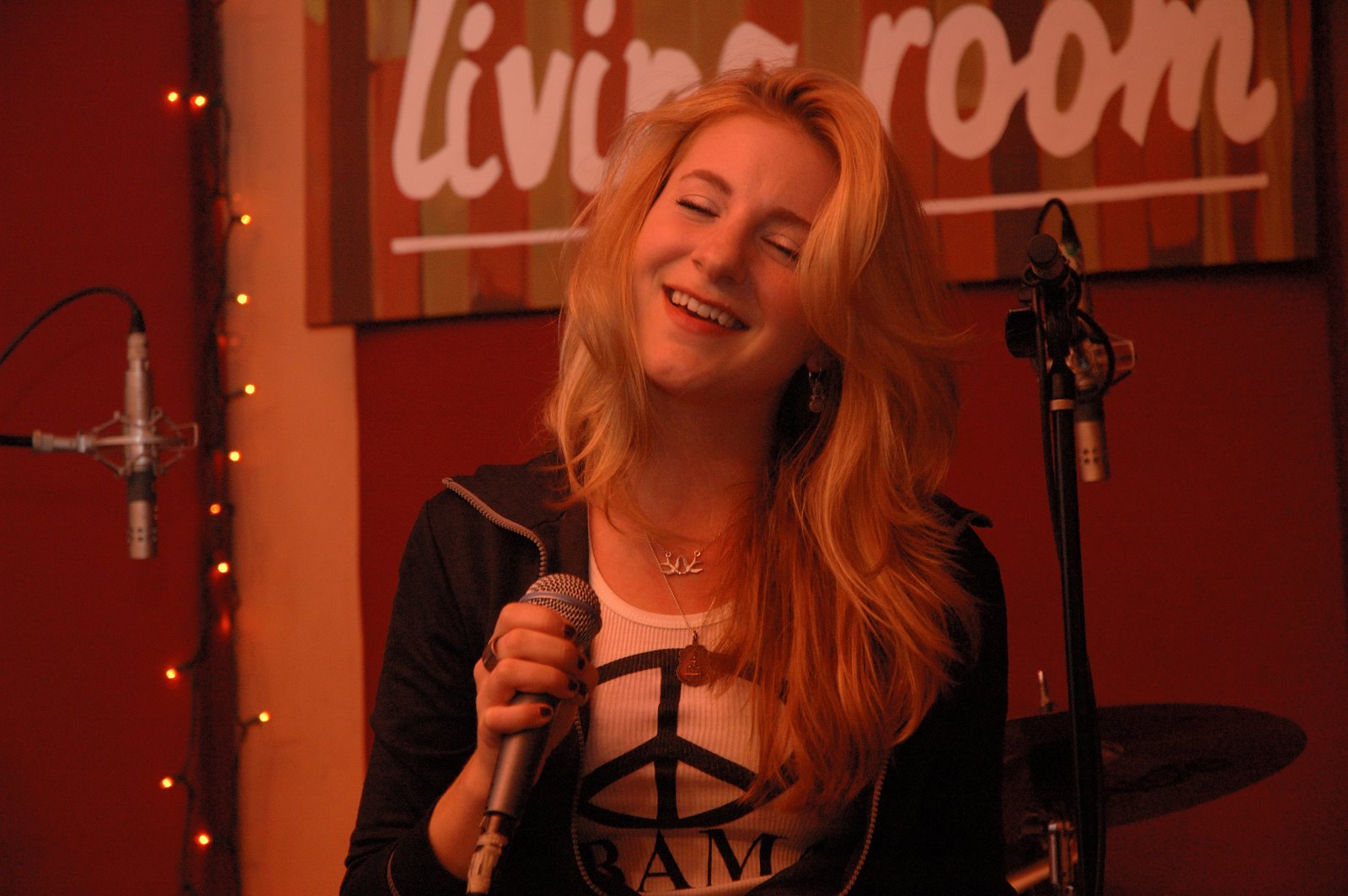 Chrissi's professional career to date has consisted mostly of singing in various lead and backup roles for a number of other bands, artists, and studio productions, most notably singing backup for Sam Moore (Sam & Dave), an association which took her to Washington D.C. a few days earlier on January 20th to sing backup with Sam, Sting, and Elvis Costello at the Creative Coalition's Inaugural Ball. The excitement of that extraordinary assignment spilled back into the Living Room as Chrissi ended her set with an impromptu election-inspired jam on "Yours is the Love", check it out. 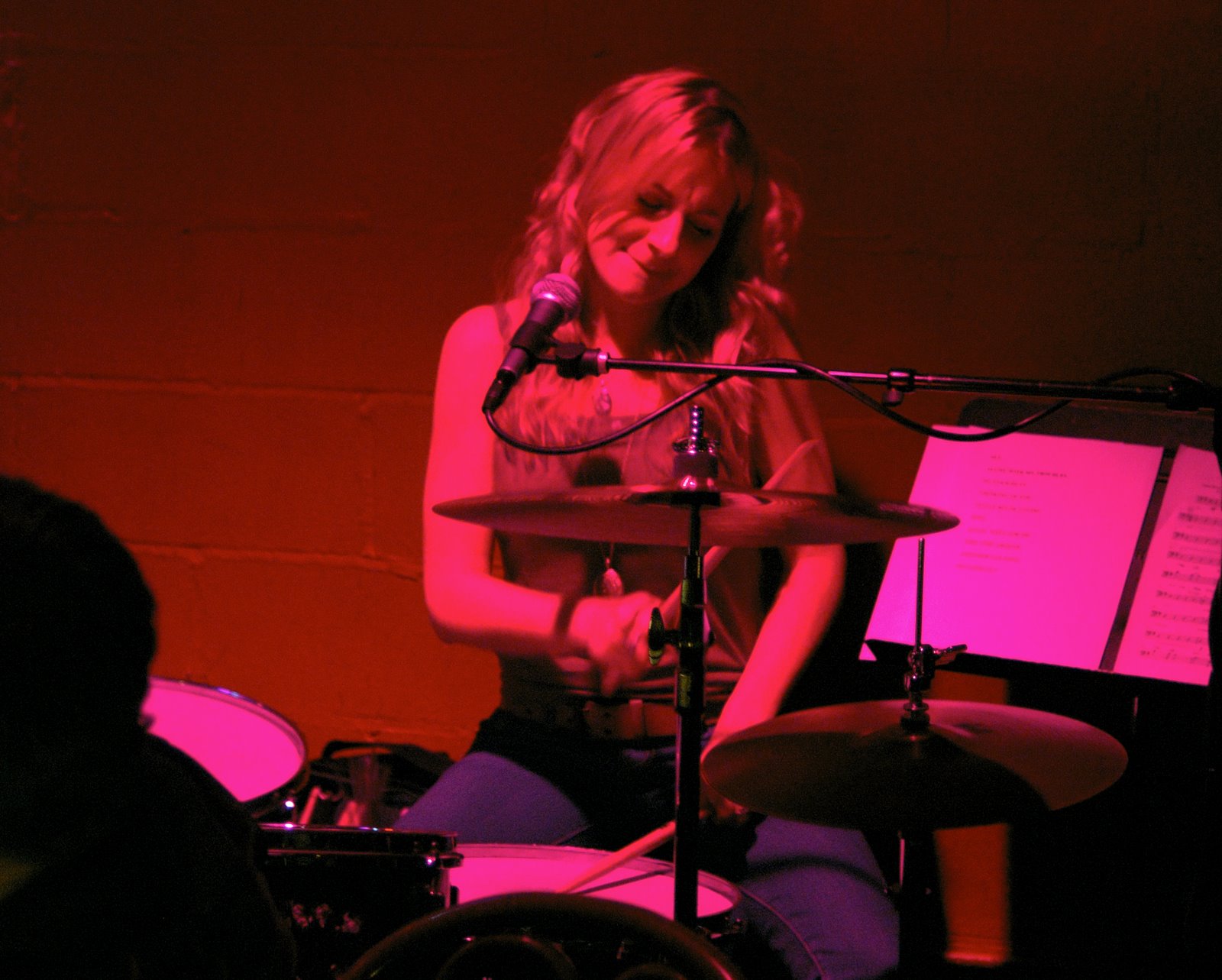 The video from Rockwood Music Hall, 2/15/09 features an audio mix of the Rockwood's sound board combined with the feed from a Rode stereo microphone attached to the camera for a live recording that with some good speakers attached to your computer will allow you to experience a bit of what it was like to be at Rockwood during this performance. Next up below is "Little Bit of Loving", this exquisitely beautiful song features a similarly gorgeous piano solo by Jon. Enjoy.

In addition to Jon, Chrissi was backed by Steve Eliott on guitar, Richard Hammond on bass, and Joe Goretti on drums. She opened with "Alone With My Troubles", followed by "Do Your Duty", "Thinking of You", "Little Bit of Loving", "Sing" again with Chrissi on drums, "Angel Weep For Me", her first live performance of "This Time Around", "Another Sad Song", and "No Good Guy" to close the show. The Rockwood was packed for this excellent set, and the crowd was totally with her, line for line on "No Good Guy", have a look.

That bit of my heart that went missing on election night is still AWOL, but that's okay. As great as that show was, Chrissi has found a way to raise the bar a few dozen times since. This is an artist who draws from such a deep well of musical experience and talent for singing, musicianship, and songwriting, that her potential for greatness is unlimited. Tomorrow Chrissi goes into the recording studio to make her long awaited debut album of the original songs that she's been honing in these recent live performances. Stay tuned...