January 01, 2012
Every year WXPN asks the listeners to submit lists of their top ten albums and top ten songs of the year. I normally only consider albums for my year end blog review and I submit same to XPN. Usually most of my picks are albums that don't get played on XPN (this year two of my picks got played).

So this year when it came time to fill out the year end survey, I decided to play nice and do a real top ten list of songs that XPN actually played in regular daytime rotation. So here are my picks of the best songs XPN played in 2011. 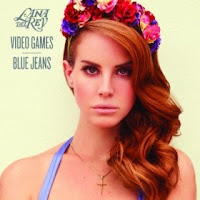 
Lana Del Rey was already a star in Britain and elsewhere even before her first single, "Video Games" was released thanks to the video having gone viral several months prior. In the months since the single's release, "Video Games" has reached number one on the iTunes sales charts in nine countries, and number three at U.S. iTunes. 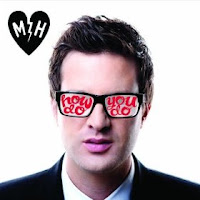 Listen to "The Walk"


"The Walk" comes from Mayer Hawthorne's third album, How Do You Do. This song is unstoppable with its heavy dose of sixties soul influences; it really sounded great on the XPN airwaves.
3. Laura Marling - "Sophia" 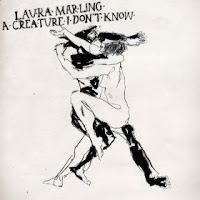 
"Sophia" comes from Laura Marling's third album, A Creature I Don't Know. I first saw Laura three years ago at the Mercury Lounge in NYC; she had just released her first album in England and she was just seventeen. Mumford and Son was her back up band and they also opened the show, they were all unknown in America at the time. Laura is a super talented singer-songwriter with a very distinctive voice; it was good to finally hear her on XPN.
4. Booker T. Jones - "Representing Memphis" 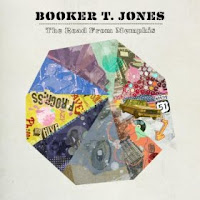 
Booker T. Jones has an amazing history as the keyboard player in the house band at Stax Records and he played on nearly every one of those classic sixties soul sides. In 2009, after a twenty year layoff, he dusted off his B-3 organ and made a great comeback album, Potato Hole with the Drive By Truckers as his backup band. This time around, he's working with The Roots; the album is called The Road From Memphis. This catchy track features duet vocals by Sharon Jones and Matt Berninger from The National.
5. The Civil Wars - "Poison and Wine" 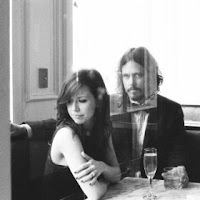 Listen to "Poison and Wine"


The group is named The Civil Wars to reflect the many facets that a committed relationship can have over the course of a lifetime. The lyrics of their signature song, Poison & Wine (I don't love you, I always will) make perfect sense as they refer to the dichotomous emotions that such a married couple might have. Barton Hollow is filled with songs that play like intimate and personal conversations. The magic happens when their two voices intertwine within a simple and open production style that boils down to just an acoustic guitar accompanied by either violin or piano, depending on the song. The Civil Wars are Joy Williams and John Paul White, and for the record, they are both married but not to each other.
6. Tom Waits - "Back in the Crowd" 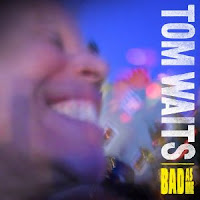 Listen to "Back in the Crowd"


After all the years of deconstructing his voice, singing through a megaphone, etc., it's nice to hear that Tom Waits still has some of his crooning voice left which he puts to good use on "Back in the Crowd". This comes from his latest album, Bad As Me. It was also nice to hear XPN give some play to the title track which features Waits' roughest voice which is growing on me day by day. Waits is one of our best songwriters and like Dylan you are as likely to hear his songs done by others as well as by him.
7. Danger Mouse & Daniele Luppi - "Two Against One" (feat. Jack White) 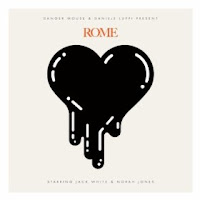 Listen to "Two Against One" (feat. Jack White)


Danger Mouse worked with Italian composer Daniele Luppi to produce Rome, a loving tribute to Italian film music, especially the spaghetti westerns that were done by the great Ennio Morricone. Interspersed with the atmospheric period music are vocal tracks featuring Norah Jones and Jack White. "Two Against One" features White on a song with hooks enough to be the first single.
8. Keb Mo - "The Whole Enchilada" 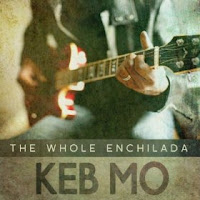 Listen to "The Whole Enchilada"


"The Whole Enchilada" was the lead single from Keb Mo's tenth album, The Reflection. A great song from a great album. The album also made my best albums list.
9. John Hiatt - "Damn This Town" 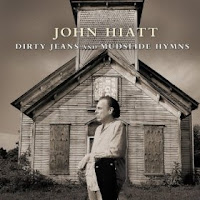 Listen to "Damn This Town"


The main thing you need to know to appreciate this song is that John Hiatt, who has written his share of autobiographical songs, also writes fictional characters and it can be a little unnerving if you think he's talking about himself. "Damn This Town" is one of those. It's a great song but most of the other songs on Dirty Jeans and Mudslide Hymns are even better; it's the strongest set of songs that Hiatt has written in years and it's sort of a shame that XPN only ever played "Damn This Town". This also made my best albums list.
10. Ryan Adams - "Typecast" feat. Norah Jones 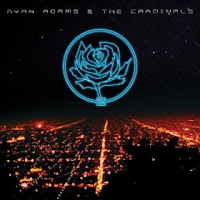 
This catchy tune sounded great every time XPN played it. It comes from Ryan Adams' double album III/IV which was essentially leftover tracks recorded during sessions in 2007 but not used. Adams is one prolific singer-songwriter and with songs like this you could add gifted to that description.