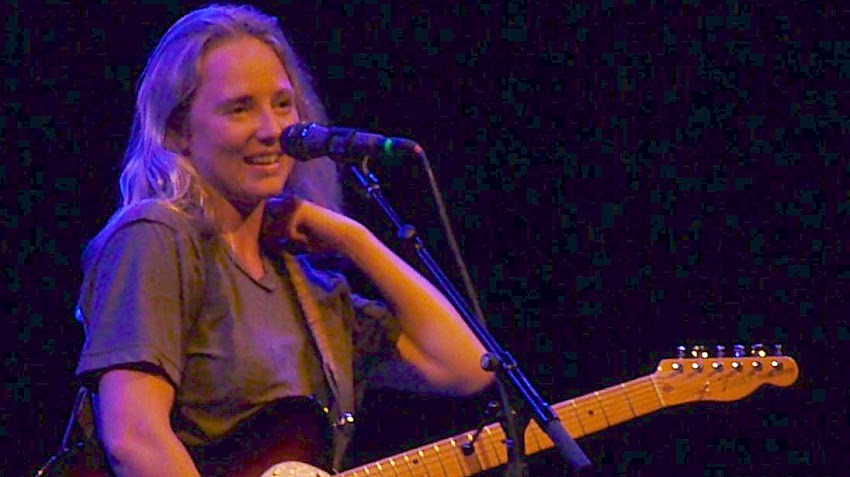 This may be straight from the PR department, but I totally love this description of Lissie: "She's a straight-talking midwestern girl, all flaxen hair and big blue eyes, and this girl is smart and gutsy and tough, with a big old voice to match it: Laurel Canyon prettiness stewed in campfire and bourbon." So true, read the complete text at the end of this article. Lissie came to Philadelphia on June 7th to play Union Transfer as part of her current tour. It had been about four years since her last time here, which she mentioned when she thanked everyone who had come to see her at the Church on that snowy night.

Maybe it was her midwestern charm, or maybe she is just an engaging, appreciative sort, but Lissie spent a lot of time thanking the crowd, after every song in fact, and it sounded completely genuine. Lissie talked quite a bit about her songs too. Foremost on her mind was the new album that she recently completed, Back to Forever, coming September 10th. She offered up a generous preview, doing seven new songs, about half the set. It's tough for some artists to debut songs from a new album in concert, especially when the record isn't out yet. The new songs were all really good and the crowd seemed to enjoy them as much as the familiar tunes. With some well chosen crowd favorites, plus a cool cover in the encore, it was a very satisfying, good rocking, 75 minute set. 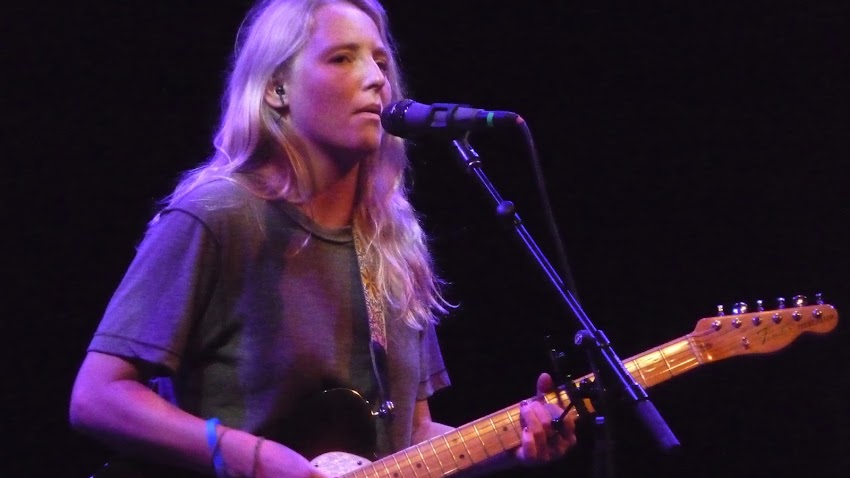 Lissie sings and play electric rhythym guitar and is accompanied by an excellent band, as below.

They get a good full sound and the rhythm section of Keller and Stephenberg propels every song with a combination of drums and bass. Lissie provides the melodic backbone with her guitar, on top of which comes her magnificent vocals; seeing her sing live is one of the wonders of rock and roll. The icing on the musical cake is the superb lead guitar work of Eric Sullivan. In the following performance of "In Sleep", Sullivan takes a really sweet solo about halfway through the song which leads into the whole band rocking out to the finish. It's a thing of beauty. 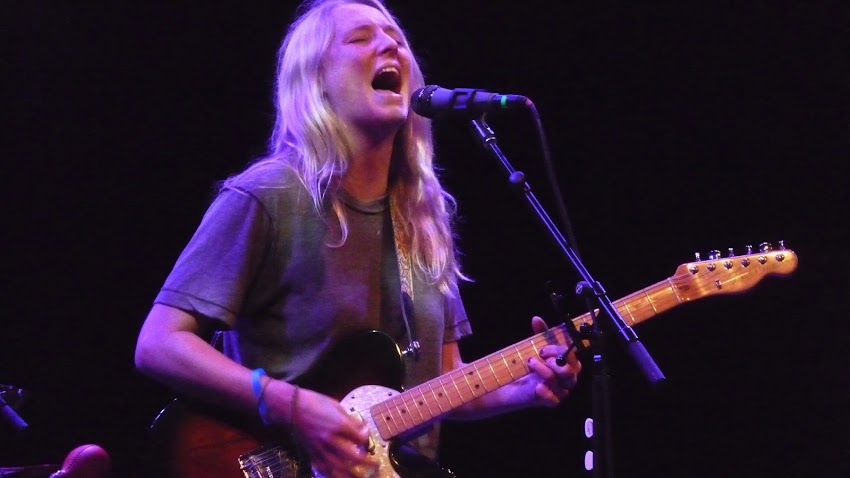 Setlist & Video:  Here's the setlist. The songs marked "new" are all from the new album except "Shroud" which was one of the best songs in the set. She said that she wrote it six years ago and it was nearly forgotten until the album was done and the label asked her for another song to use as a b-side. Use the watch links to see nine of the songs live at Union Tranfer. 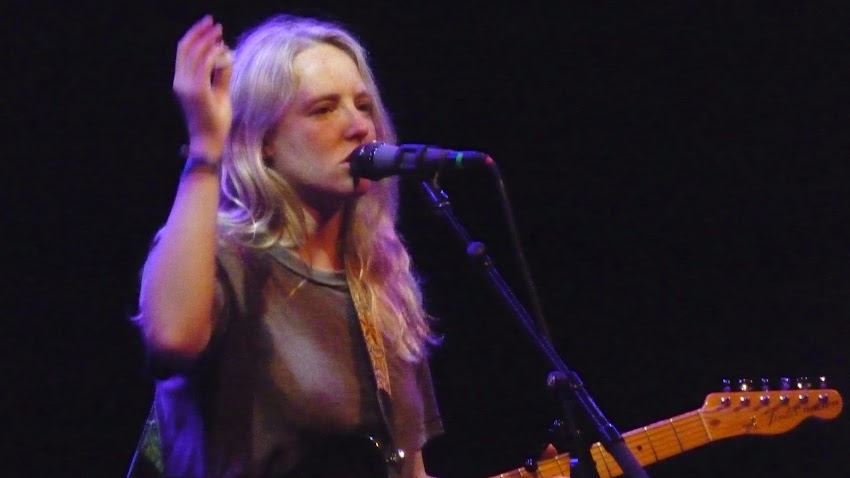 Bonus Video:   One of the things I really like about Lissie is that she seems to be completely natural, one of us, like someone you might run into at your neighborhood coffee shop. She's refreshing in that she is not at all trendy, either in her music or her look; jeans, t-shirt, no nail polish or makeup. For a bonus video we have the official video for "Shameless", the first single from the new album. Lissie's lack of pretension leads directly into the subject of "Shameless", which, according to her press release, "bluntly"addresses those who let hype dictate their opinions, but ultimately emerges as an anthem for individuality. "It isn't every day I feel like I need to have an opinion on popular culture, but that day I definitely had an opinion," Lissie says with a laugh. "'Shameless' was written just as much about my insecurities and me feeling defensive as it was about making a statement against what I don't want to be."" This is a song I just can't get enough of and they gave it a dynamite video. 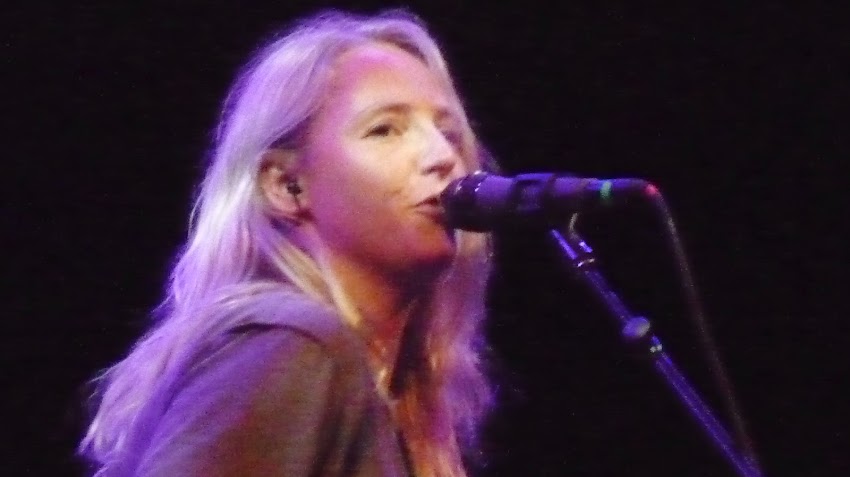 Bio:  Here is the complete text of Lissie's bio, from the event/ticket page of Lincoln Hall in Chicago. Lissie was born in Rock Island, Illinois, one of the Quad Cities on the banks of the Mississippi River. It's the city that inspired Rock Island Line and that bore Bix Beiderbecke; it's the stuff of spring floods and pick-up trucks and bona fide blue-collar country music. She's a straight-talking Midwestern girl, all flaxen hair and big blue eyes, and this girl is smart and gutsy and tough, with a big old voice to match it: Laurel Canyon prettiness stewed in campfire and bourbon.

Lissie was always musical. Inspired by her Grandfather, a former international barbershop quartet champion, she would sing along at her Lutheran church but she was never a choirgirl. She scored the lead in an 80-date production of Annie for the local dinner theatre at the age of nine. "I was always humming," she says, "making up these little songs and melodies, writing these poems and putting them to music. I know if I'm feeling bummed out just the vibration of singing is kind of soothing to me." 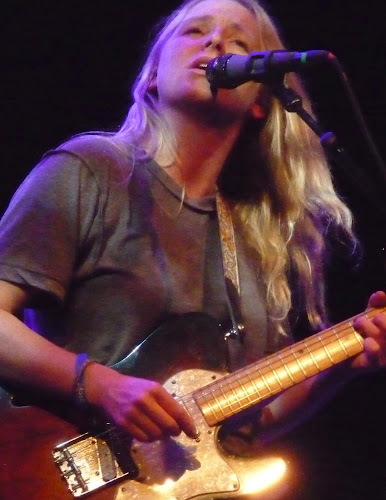