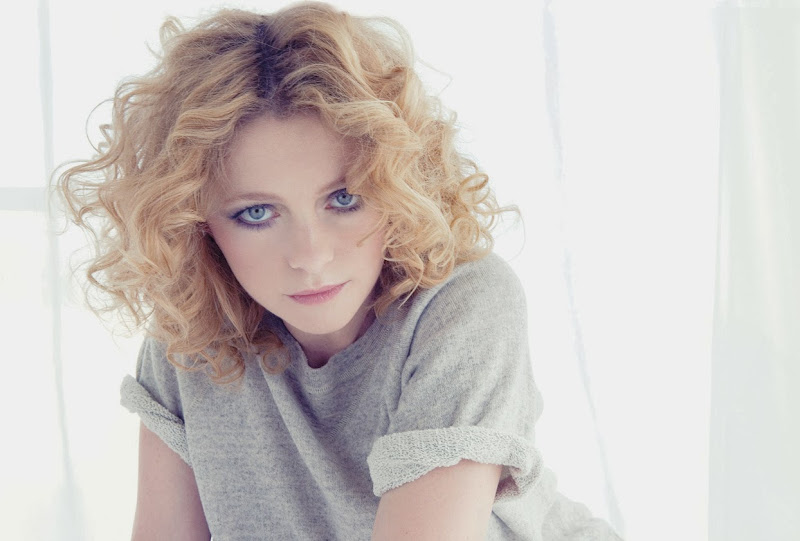 Q Magazine calls it "spellbinding". For one night only, on the evening of March 4th, Goldfrapp will present a screening of their Tales Of Us film, followed by an intimate live performance from Air Studios in London, beamed to movie theaters all over the UK, Europe, North America, Australia and New Zealand.

Allison Goldfrapp said, “We’re very excited to present a unique event, the Tales Of Us film alongside an intimate live performance, to our fans across the world. We’ve loved touring the Tales Of Us album and can’t wait to bring our live show to local cinemas."

Check out the trailer:
x 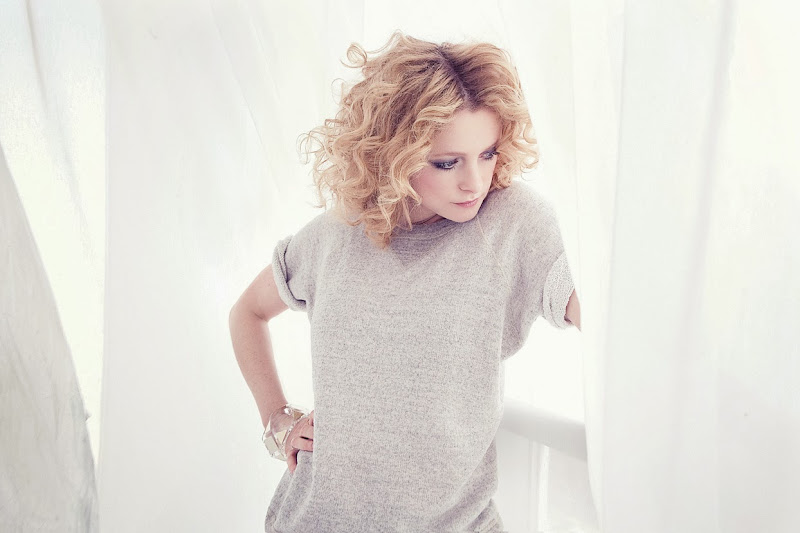 This is the music video for "Drew", the first single:


This is the music video for "Annabel", the second single:


Here is the complete press release: 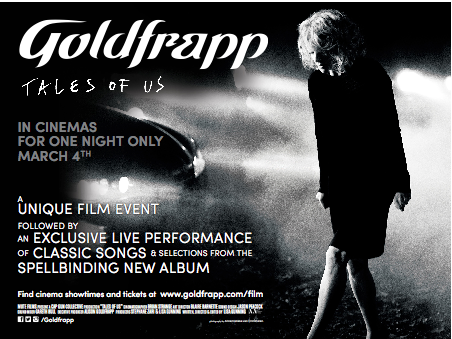 Join us for a unique FILM EVENT & EXCLUSIVE Live Performance
BROADCAST WORLDWIDE for ONE NIGHT ONLY: March 4th, 2014
Goldfrapp announce details of a very special Tales Of Us cinema event – a worldwide screening of the stunning film Tales Of Us followed immediately by an exclusive dramatic live performance transmitted into cinemas from the magnificent surroundings of the legendary Air Studios in London. This must-see state-of-the-art experience will be broadcast by Arts Alliance Media across the UK, Europe, North America, Australia and New Zealand on the evening of March 4th, 2014.

To register your interest and see more information including locations of screenings and other exciting reveals in the coming weeks visit: www.goldfrapp.com/film and the official Facebook and Twitter #TalesOfUsFilm channels.

Inspired by Goldfrapp’s latest album, Tales Of Us, the striking film is a 30-minute journey through five of the individual stories featured on the album. Stranger, Laurel, Jo, Drew and Annabel interconnect subtly, sharing themes of love, loss, madness and identity, taking the viewer on a unique musical journey.

With only two stories having been seen previously this is an incredible exclusive opportunity to see the film Tales of Us as it was intended, as a complete journey and on the cinematic big screen, available in select locations for one night only.

Cinema audiences will see the Tales Of Us film transition beautifully into a live 50-minute dramatic theatrical performance by Goldfrapp including classic songs and selections from the spellbinding new album.

Says Alison Goldfrapp,
“We’re very excited to present a unique event, the Tales Of Us film alongside an intimate live performance, to our fans across the world. We’ve loved touring the Tales Of Us album and can’t wait to bring our live show to local cinemas."

The Tales Of Us film event precedes a UK tour, starting on March 26th at the Birmingham Symphony Hall and ending at the Gateshead Sage on April 7th. For a complete list of tour dates go here.

The tour also includes a performance at the The Lowry in Salford, where Alison Goldfrapp curated her first ever art exhibition. This is the first exhibition within The Lowry’s new “Performer As Curator” series, and shows artwork Alison has selected from international collections. For more information, please visit the Lowry’s website.

Goldfrapp will release “Thea,” the latest single from Tales Of Us, on March 18th.