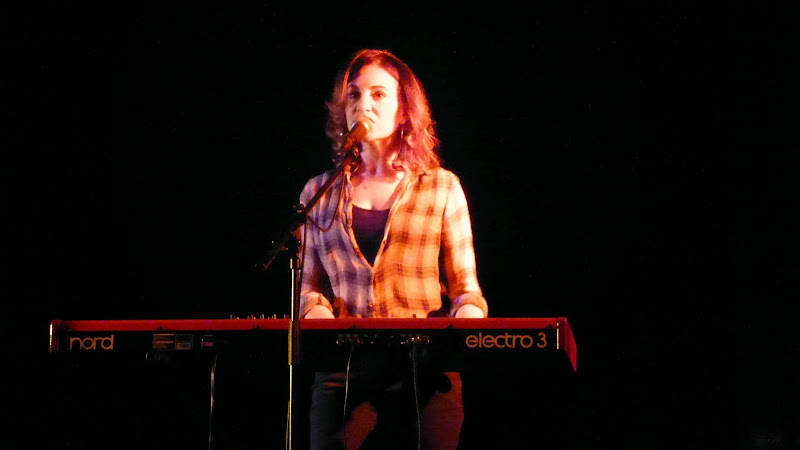 Chrissi Poland opened for Suzanne Vega Thursday, April 16th at the Woodbridge Theater. Chrissi played three new songs that are destined for her next album coming later this year. She also played "Angel Weep For Me", a new version of an original song that has been with her for all of her career. The set ended with a slow and slightly sad piano version of the Beatles "Help!", which Chrissi mentioned was the way John Lennon demoed the song for the group. Chrissi's voice and piano have never sounded better.


Chrissi was warmly welcomed by the Suzanne Vega crowd, receiving a nice reaction to every song. It was great to see Chrissi again. Here is her setlist.

1. Lonely Light - A slow and soulful relationship song on the electric piano; as beautiful a ballad as I've heard her do.

2. Why Lie - Chrissi once said "don't break the heart of a singer-songwriter without expecting to hear about it in her songs." She has survived the dating wars and come out the other end unscathed, "Why Lie" is exhibit A.

3. Angel Weep for Me - Chrissi was singing this song the first time I ever saw her, back in 2008. She wrote this early on in her career and it has stuck with her and seen many changes over the years. She sang a completely new version of this durable and wonderful song. Watch the video.

4. Dawn - Saying that the "church vibe" continues (what with angels and all), this new song of salvation sounded great complete with Chrissi testifying. Can't wait to hear this on the new album. Watch the video.

5. Help! - Chrissi on "Help!": "One of my favorite songs by the Fab Four, I love the true depth of sadness and pain in the lyrics, often masked by the bubbly, albeit brilliant, production. Here's my version of 'Help'." Watch the video above. 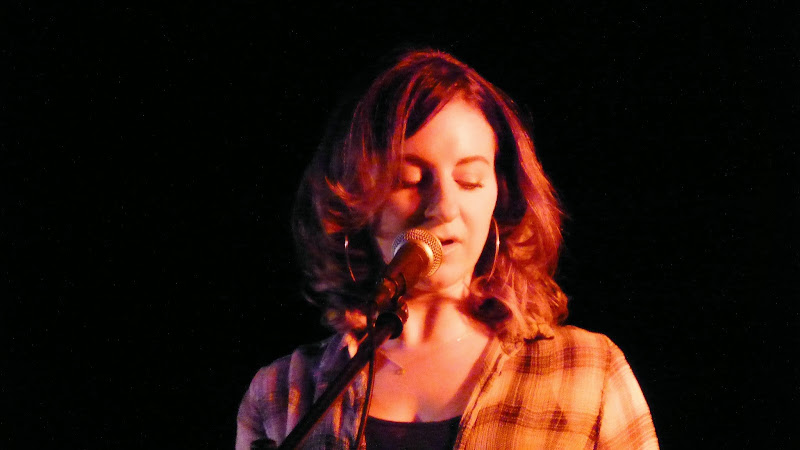 "Now I get to vocal battle this guy for life. Engaged to Ari Hest, look out, world :)"

In addition to their solo careers, Chrissi and Ari have a band called The Bluebirds of Paradise in which they perform together as a duo based on their shared love of Brazilian jazz/pop and bossa nova. Here they are singing "Snow", the first single from their upcoming EP; this was recorded on Mar 21, 2014 at Rockwood Music Hall, Stage 3, NYC.

Chrissi is also a talented photographer (more on that in a bit) and has recently branched into video production. Here is the video for "Less" from Ari's latest album Shouts and Whispers; it "was shot in a day in and around New York City. Music and lyrics by Ari Hest. Video created/directed/edited by Chrissi Poland." 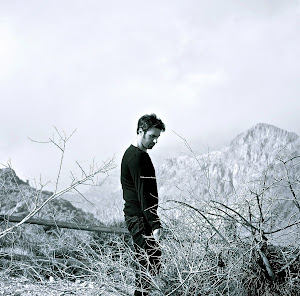 Chrissi performs at Rockwood a lot, both with her band and with The Bluebirds of Paradise. When she is not doing that, she has been singing with Bette Midler, Sam Moore (Sam & Dave), The Scissor Sisters, and others. In addition to headlining her own shows, she has been opening for artists such as Leon Russell, Suzanne Vega, Tower of Power, Blood Sweat & Tears, and many others.

About Chrissi's photography, she posts her photographs regularly to FaceBook often combining her love of photography with her practice of yoga. She will set up a shot, usually in a well known foreign or natural location, set the self-timer on the camera, and then she performs a dramatic yoga pose. Here are a few examples. 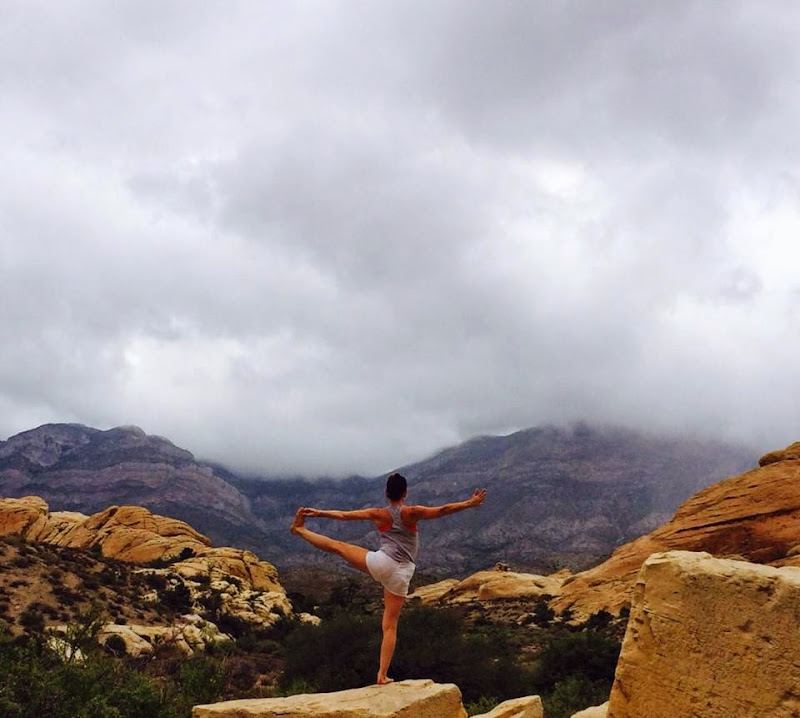 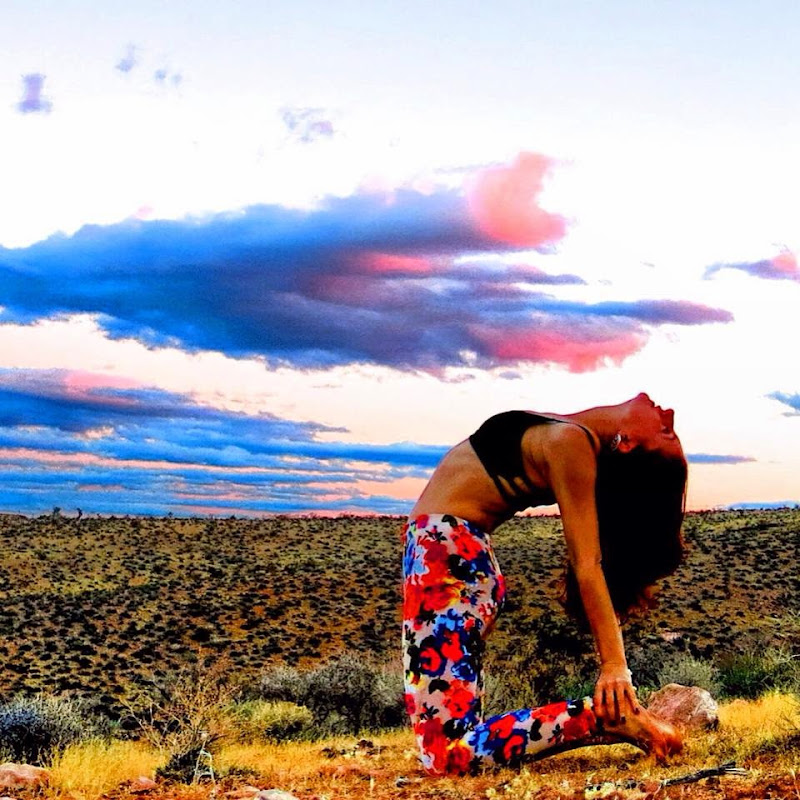 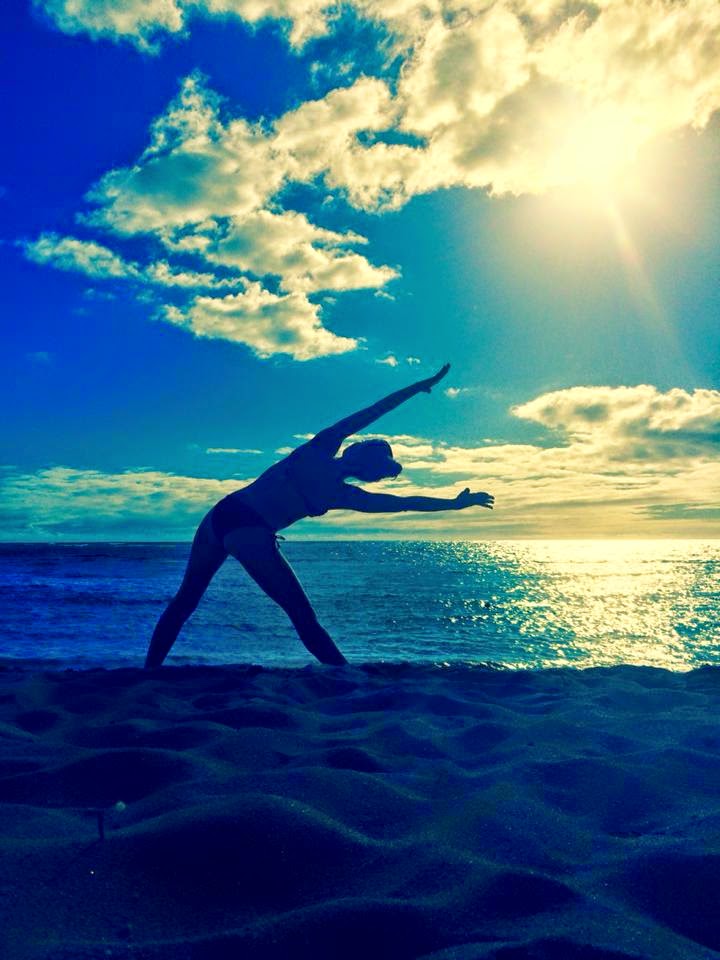 JohnAllanUK said…
She is one talented lady. Each time I come to New York I make it a priority see her perform and, if possible, will see Ari too. I've told all my friends in the UK to catch their shows and look forward to seeing them again in the future.
4/28/2015