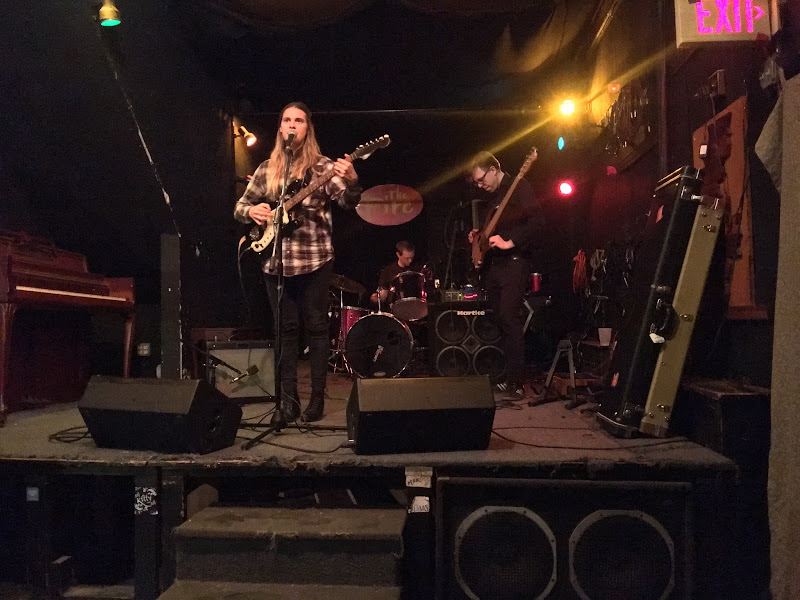 She has been compared with early Joni Mitchell and Neil Young. Her many influences include Eva Cassidy, Norah Jones, Carla Bruni, and Francoise Hardy. That's a heady brew for any artist. But, I found myself thinking, a couple of songs into her set at The Fire, that there will come a day when we will look back at when we were able to see Francesca Blanchard at such a small and intimate venue. I've already had that same feeling watching Norah Jones and Melody Gardot at the start of their careers, and as far as Blanchard is concerned, I wouldn't try to guess where or when, but it will come one day soon.

The Fire seemed like a random (but fortuitous) booking on a short American tour preparing for the European tour that she has just embarked upon. For this show she brought her band, bassist Matthew Kloss and drummer Charlie Smyrk, and accompanied herself on electric guitar.

Both her voice and guitar sounded great, as she drew mostly from her latest release, deux visions. Like the album, her set was divided between songs sung in French and those sung in English. Her live set sounded so good in fact that I'm reluctant to single out any one song, but I do love "It's Not Her Fault" and "Home Is a Cage" which were her second and third songs respectively.

Watch "It's Not Her Fault"


The second half of her set was comprised of mostly new songs destined for her next album. The new stuff all sounded excellent, especially "Big Big World". She played five new songs in a row, followed by a cover of Philadelphia native Amos Lee's "Arms of a Woman". Francesca made the song her own, changing the gender to "Arms of a Man". She then came back with deux more songs from deux visions to end her set. The crowd may not have been large but they were most enthusiastic. This was the kind of show I was really glad that I didn't miss.

Blanchard displays so much confidence both in her singing and her easy rapport with the audience between songs, you would never know this was a young artist early in her career.

The Fire is a very music friendly venue which I think flies under the radar most of the time; they don't seem to get that much publicity or do that much advertising. When you walk in it looks like an old school neighborhood bar with the venue in the next room, kind of like the late North Star Bar. The venue room offers a relaxed atmosphere with the stage at one end with good sound and lighting. I have been to The Fire a number of times, mostly to see Natalie Walker, good times all.

The show's opening act was Joyel Crawford who did a set of well chosen covers and some highly personal original compositions. These songs were made more meaningful by her explanatory introductions. Click here to watch her performance of Tracy Chapman's "Give Me One Reason". There are two additional videos by her on my YouTube page. Also opening was Alli and I aka Andrew Standley whose forceful vocal and guitar style has won him a good following in his hometown. Many thanks to Beverly Kates for the camera work and Lindsey Mitchell for video production.

Watch "Home Is a Cage" 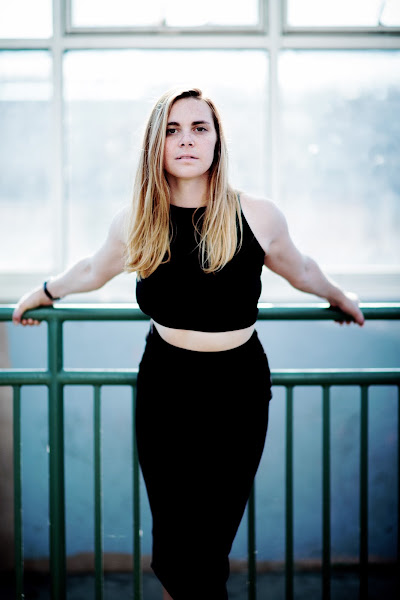 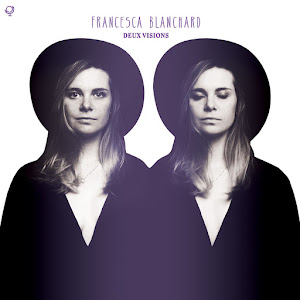 Francesca Blanchard is an extraordinary recording artist. I've read hundreds of website biographies, but I have never read anything quite like this.

"Francesca Blanchard is a young French-American singer-songwriter whose lyrics and melodies reflect her bilingual and multicultural upbringing. Born in the south of France where her family resided until she was ten, Francesca recalls her Mediterranean childhood as one of bare feet on terra cotta tiles, fuchsia sunsets, and mistral breezes. ...With parents who’ve worked for international humanitarian agencies worldwide, Francesca lived and went to school in Ethiopia and Burundi. Family journeys have taken her to over 30 off-the-beaten-path countries such as South Korea, Mauritania, Rwanda, Kenya, Egypt, Thailand, Australia, Honduras, Tanzania, Guatemala and India. ...Growing up in a household consisting of a French father, an American mother, and adopted siblings from Ethiopia and Guatemala, Francesca’s own family reflects a spirit where the sense of 'belonging' comes not from a particular place or heritage but from the bonds of being passengers on the same metaphorical ship. This, she says, is why she sings: to nourish these bonds."

Listening to deux visions, the first thing that strikes you is how fully formed this artist is this early in her career. Her songwriting is excellent, her voice is beautiful, and the production by Chris Velan is nothing short of superb. I love the electric guitar work, especially the pedal steel. The combination of acoustic and electric guitars is sweet. Several songs have lovely string arrangements, another has a horn section, and the piano and organ also add to the terrific sound. This is an album that takes a few spins to absorb, but once you do you can't stop playing it. The CD booklet for deux visions has the lyrics to every song in both French and English. Also, you get a digital version of the booklet when you download the album on MP3; I can't compliment this enough, every digital download should come with the CD booklet. Sadly, not many do. Thank you Francesca Blanchard.

Spend some time at her website, there is much more to her bio plus an in-depth interview with Francesca, which includes the following.


"This album is split into two languages; French and English, the two cultures and worlds that have shaped and made me who I am today. Each language carries its respective home for me; I am a different person when I sing in one vs. the other. These are my two visions, my “deux visions”…my divisions. My heritage.

It also represents the symbolic split between my confident self and my shy self, my bold self and my quiet self. All these “selves” I carry inside me, that make me the whole being that I am, the artist that I’ve become...they are what I wanted to devote this album to. It is an ode to where I’ve been and where I’ll go, who I was and who I’ve become. The album is both a bittersweet eulogy and a heartfelt welcome." 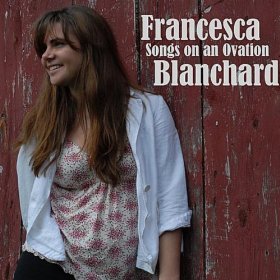 Jumping back to her bio, "Francesca took piano lessons and sang in choirs growing up, but it wasn’t until she moved to the States in 2002 that she started taking guitar lessons. She writes in both French and English, choosing whichever language best fits the mood and poetry of the song. Aided by Vermont singer-songwriter and producer Gregory Douglass, Francesca recorded her first 6-track EP, Songs on an Ovation, in 2011 and began selling the collection of original compositions and well-chosen covers in French and English to friends, family and neighbors."

Songs On An Ovation sounds more like a finished album than your typical debut EP. As promised in the title, all the songs are based around Blanchard's gorgeous sounding acoustic Ovation guitar. I love her style of playing on this, and the songwriting on the five originals is remarkably good. Track 6 is Blanchard's cover of the 1952 Jo Stafford hit, "You Belong To Me", or more to the point this seems like Blanchard covering Carla Bruni's solo acoustic cover of this old favorite. Either way, Blanchard's version sounds so personal that it is a brilliant choice to end the EP.

Watch "Mon Ange" from Songs On An Ovation