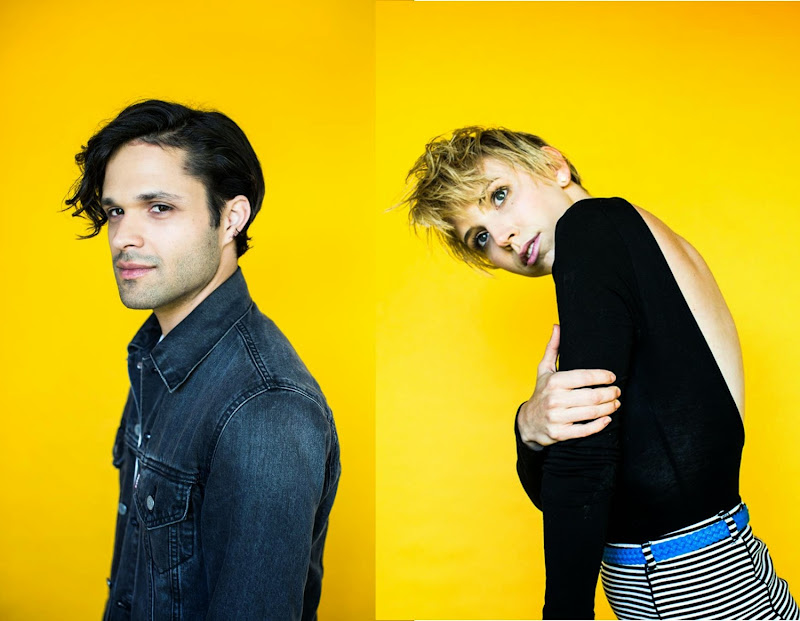 It's well known that Nashville is called Music City because it is the home of country music. What may not be so well known is the fact that Nashville is a hotbed of all kinds of music, not just country. A prime example of Nashville's musical diversity is Myzica, a pure pop duo that has just released their debut album Love & Desire on Peptalk Records.

Myzica is composed of Micah Tawlks who writes, produces, and plays most of the instruments, and Isaaca Byrd who handles the vocals. Myzica came together in 2014 when they recorded their first single, “Ready Or Not.” According to their press release, this is how it happened.


The roots of MYZICA can be traced back to spring 2014 in the hollows of Tawlks’ basement. After a few weeks of tinkering with the bones of some new tracks, he finished what would become the band’s first song, “Ready Or Not,” during a co-writing session with singer-songwriter Matthew Perryman Jones. He immediately turned to his longtime friend Byrd to lend her voice to the track. Three weeks later, the newly formed duo had finished three additional songs with even more written, and MYZICA was officially born.

I found Myzica on a British blog called Teases and Dares, written by fellow blogger Lee from Suffolk, north of London. More precisely, I found Myzica's enchanting cover version of the Cars' "Drive" on Teases and Dares' amazing August playlist. His blog never fails to amaze me. Lee is constantly on the search for quality pop records and it's quite incredible what he finds, which he both writes about and posts to his Spotify playlist. He invites you to click on the links (below) for each month's playlist, and once you do you can then click "follow" and the playlist is synchronized, which means that when Lee adds new songs they appear on your Spotify playlist. 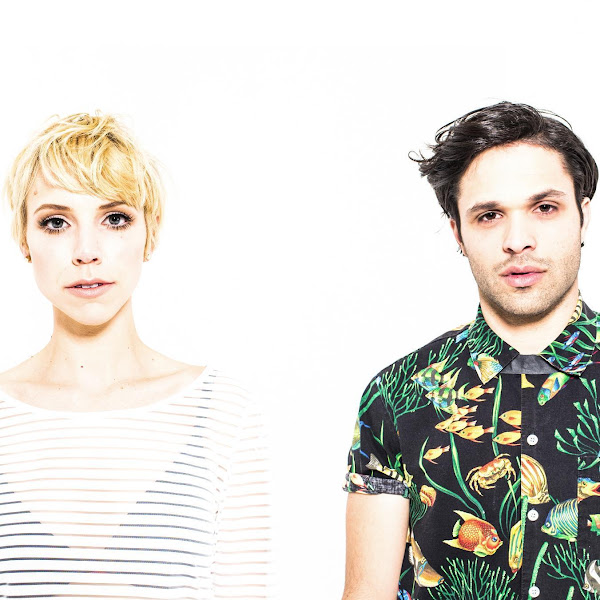 I'm trying not to overuse the word amazing but I will point out that his August T&D playlist has 128 songs running a total of 8 hours. These are all new songs released within the month of August and when you hear it you'll realize that his slogan "All Killer No Filler" is true. I won't claim to be any kind of expert when it comes to the pop chart, but I do keep track of the Billboard Top Ten, and I will say that I have not found more than a few releases to get excited about recently. Then I listened to the T&D playlist, and I'm finding the quality and the quantity so good it's hard to believe. It's like having your own satellite radio channel devoted to quality pop. And so, I was listening to the August playlist yesterday (yes, I know it's September) when "Drive" by Myzica caught my ear. A quick Google search revealed that their debut album was released the same day, so with a little bit of synchronicity I was listening to the album and thinking, "Thank you Lee".

When I listen to Myzica I am hearing solid songcraft, a rock based pop that is without pretension. I hear the energy, or perhaps more accurately the spirit, of those early Madonna albums. That's no accident; they say they are going for an eighties musical vibe, and I believe them. This is dance oriented music with none of the cliches of either disco or EDM. Myzica has meticulous production with shimmering synthesizers and a fresh sound, especially Isaaca's captivating vocals. The press release has more to say about their music.


Although written and recorded throughout 2015 and into early 2016, Love & Desire hearkens back to the sumptuous classic pop of the 1980s. Filled with soaring synths, punchy, propulsive drums, and Byrd’s honeyed vocals, the album’s 10 songs thematically tackle love in the modern age – or, perhaps what’s best described as ‘love in a time of likes.’ Love & Desire reminds, implores, and emboldens its listeners to ‘just say it’ in an era where romance can arguably feel more complicated and ephemeral than ever.

All those things contribute to an enjoyable listening experience. The bottom line on Love & Desire by Myzica is that I like it. I like it a lot.

Watch the music video for "Wait Just A Minute" 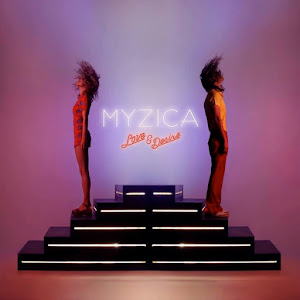 Bonus Videos:
This Kickstarter video offers a nice introduction to Myzica. Please note that the campaign was successful, 198 backers pledged $11,862.