Jackson Browne - The Load Out /Stay Made the Billboard Top 40 Chart This Week in 1978; Jackson Browne's Running On Empty Leaves 'em in the Dust 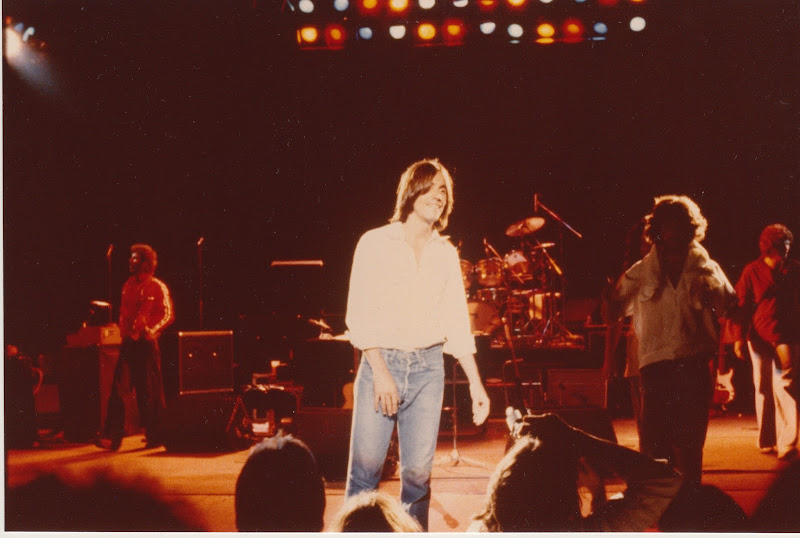 Gems From the Record Room: This week's 70s Top Forty Countdown on SiriusXM was from the last week of July, 1978. I often think of the 70s as being divided between the first half of the decade, which was dominated by great songs and classic artists that got plenty of airplay on both FM and AM, and the second half of the decade when it seemed that the singles charts were dominated by disco.

As such, it was a bit surprising to tune in to this week's countdown and hear a string of tunes that had more in common with the first half of the decade.

The American Top 40 from Billboard Magazine for the week ending July 29, 1978

Now that's a great Top 40 chart, still I think somewhat uncharacteristic of the late 70s. It's neat to see Chris Rea making the Top 40 with his first single, "Fool If You Think It's Over". After his U.S. marketing effort rubbed him the wrong way, he basically quit trying to have a career here in this country, but had good success in the U.K., Europe, and Asia. Success was well deserved for the likes of Gerry Rafferty, the Stones, Bob Seger, The Commodores, The O'Jays, Joe Walsh, Walter Egan, Atlanta Rhythm Section, and many more. Just read the list and you're sure to see some favorites and some surprises.

One track in particular that's close to my heart surprised me when it came in at #23. Perhaps I am so used to hearing this from the album or on FM radio, I either had forgotten or never knew that "The Load Out /Stay" was released as a single and did that well on the chart. I guess I knew that "Stay" was a single, but as Casey Kasem explained, they put "The Load Out" on one side of the 45 and "Stay" on the other and it charted as a double sided single. I hope that no radio station actually played "The Load Out" without "Stay"; Asylum Records sent radio stations a promotional 12" of the two songs as one long track, as on the album.

In December 1977, Jackson Browne released the groundbreaking Running On Empty album. It was a live album, recorded on the road, with all new material. It was the ultimate concept album. The songs were about being on the road, some of it was even recorded on the tour bus as it rolled down the highway.

The final track on the album is a combination of a Browne original, "The Load Out", and a cover of "Stay" the 1961 hit by Maurice Williams & The Zodiacs. The two songs went perfectly together. When it concludes, Browne sings:

'Cause when that morning sun comes beating down
You're going to wake up in your town
But we'll be scheduled to appear
A thousand miles away from here.

Right at that moment, every time I've seen him sing it live (and sometimes even on record) the hair stands up on the back of my neck and a chill goes down my spine. Now that is some high voltage songwriting.

"The Load Out" was written by Bryan Garofalo and Jackson Browne and "Stay" was written by Brian Kelly McKnight with additional lyrics by Bryan Garofalo and Jackson Browne. "The Load Out" is about what happens at the end of a concert after the band has finished playing. It is written from the performer's perspective set to an indelible Browne melody. Browne's version of "Stay" is another delight with revised lyrics, David Lindley's slide guitar, a strong vocal by Rosemary Butler, followed by an almost giddy Lindley falsetto vocal. So, enjoy the video and read the lyrics. It turns out that 1978 has a lot more to offer than you might think.

Now the seats are all empty
Let the roadies take the stag
Pack it up and tear it down
They're the first to come and last to leave
Working for that minimum wage
They'll set it up in another town
Tonight the people were so fine
They waited there in line
And when they got up on their feet they made the show
And that was sweet...
But I can hear the sound
Of slamming doors and folding chairs
And that's a sound they'll never know

But the band's on the bus
And they're waiting to go
We've got to drive all night and do a show in Chicago
Or Detroit, I don't know
We do so many shows in a row
And these towns all look the same
We just pass the time in our hotel rooms
And wander 'round backstage
Till those lights come up and we hear that crowd
And we remember why we came

Now we got country and western on the bus, R&B
We got disco on eight tracks and cassettes in stereo
We got rural scenes and magazines
And we got truckers on CB
And we got Richard Pryor on the video

People you've got the power over what we do
You can sit there and wait
Or you can pull us through
Come along, sing the song
You know you can't go wrong
Cause when that morning sun comes beating down
You're going to wake up in your town
But we'll be scheduled to appear
A thousand miles away from here 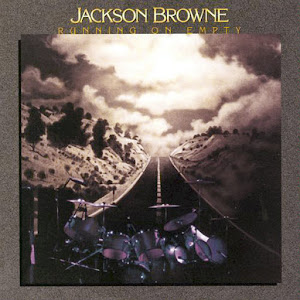 Dave said…
Excellent, Bill! A great song from a great artist (and band).

Fun looking at the Top 40 from 1978. A great mix of pop, rock and schlock. Even the sucky songs are memorable.

Also good to note that this was a period when live albums could be bestsellers.

Charlie Ricci said…
"The Load Out" always one of my favs from JB. This is one song I can sing from beginning to end without looking at the lyrics. Thanks for the great post.
8/01/2017