Bowfinger is an excellent movie that seems to fly under the radar when it comes to film comedy, perhaps because the name is not easy to remember. Bowfinger features the comic actors Steve Martin and Eddie Murphy leading a cast that are all perfectly chosen for their roles, what's more, Murphy plays two different characters as he is wont to do. In addition to starring in the movie, Martin also wrote the script. Frank Oz directed; you might know him as Yoda, Grover, Miss Piggy or many of the other Muppet characters that he helped Jim Henson develop on the way to becoming a film director.

Steven Martin plays Bobby Bowfinger, a down on his luck movie director in Hollywood. In a wonderful opening sequence, Martin's performance synchronizes with the song "There Is Always One More Time" by Johnny Adams (see below). The actor and the song combine to lay out the premise for the movie. Bowfinger is pinning his hopes on his next movie, which he has little money to make. So, he substitutes fakery in the form of borrowed cars and equipment. His angle is to include the action movie star Kit Ramsey, played by Eddie Murphy, filming him without his knowledge. Murphy's other role is of Kit's non-actor brother Jiff. A very funny backstory involves Kit who belongs to a Scientology-type organization.

Bowfinger and his minions are all quite serious as they send up Hollywood moviemaking tropes right and left. For example, Heather Graham does a nice turn as a midwestern girl (Daisy) who is fresh off the bus wanting to be a movie actress. I won't give away the ending, but I assure you that it's every bit as entertaining as the rest of the movie.


Movies that use popular music well are few and far between. Bowfinger is one of the best, which is a credit to both Oz and to David Newman, who wrote and performed the score. Most of the score is soul-jazz of the highest order, lots of funky Shaft-style wah-wah guitar, tight rhythms, hot keyboards, and even hotter horns. It's all perfect accompaniment for the surreptitious shooting and all the shenanigans that ensue.

The following, from Dan Goldwasser of SoundTrack.net, says most of what I was about to write, so read, listen, watch, and enjoy!


The film Bowfinger pokes a lot of fun at the film industry. In fact, many of the jokes would go past many people unless they had a basic understanding of the filmmaking process, and its pitfalls. Starring Steve Martin as a film producer who thinks he has a hit film, and Eddie Murphy as both an A-list action star and his idiot brother, Bowfinger had a great funky, brassy score provided by David Newman.

Before Newman's score starts playing on the Varese Sarabande CD, we are treated to six songs that appeared in the film. "There is Always One More Time", performed by Johnny Adams, worked beautifully in the film while showing Bowfinger (Steve Martin) down on his luck. Other songs include "You're A Wonderful One", "And I Love You So", and James Brown's "Super Bad, Super Slick". But the best song in the film, Johnny Rivers' "Secret Agent Man", was used to perfection at the ending sequence in the film.

Newman's score feels like a part-jazz, part-funk comedy score. There is a lot of bass, percussion, brass, guitars, and (of course) a dirty organ. Overall, it fit the attitude of the movie perfectly. Even a string section is used to round out the score. Some of the tracks are cues merged together - as a comedy score, many of the cues are very very short, and it made sense to combine them together. One disappointing thing about the score is that it's rather short - only about 18 minutes worth. But it is still a rather satisfying listen that I'm sure will please most film music listeners. Definitely get this one if you enjoyed the film - and having "Secret Agent Man" on CD would have been enough of a reason for me!"

Listen to Johnny Adams, "There Is Always One More Time", as you watch the classic opening scene that features the song. 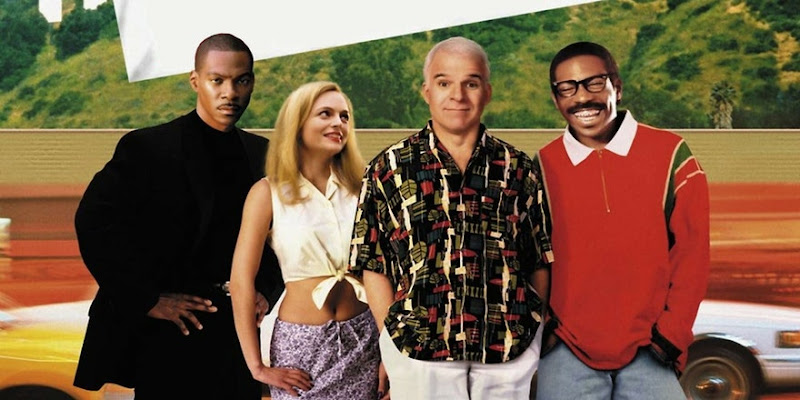