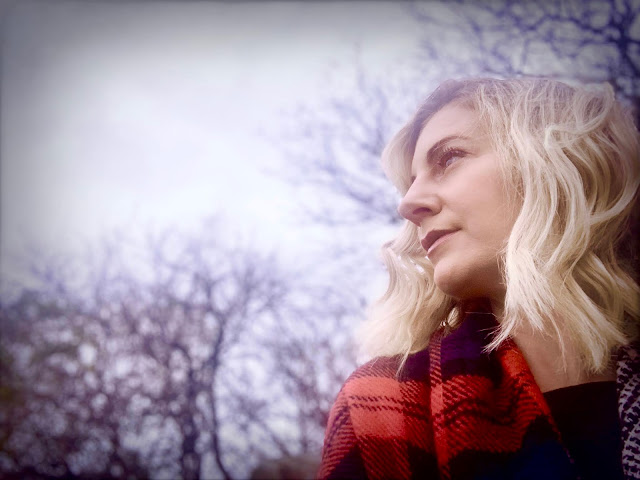 On Happy Christmas, Chrissi Poland delivers a five track EP that she calls "stripped down and chill." She is totally talking my language there, especially when it comes to Christmas music. These piano-based covers could not have been more well chosen if I had selected them myself.

In my Christmas articles in recent years, I invariably get to the part where I bitch about songs that are not really Christmas songs (songs like Joni Mitchell's "River" and Leonard Cohen's "Hallelujah"). That said, I usually find some solace in the fact that two deserving songs are being covered more and more and are becoming modern standards. Poland opens the EP with those two songs.

Track one is "This Christmas," a song that Donny Hathaway wrote, recorded, and released in 1970. December 9, 2020 represents the fiftieth anniversary of the original release. Hathaway is an artist whose life was tragically cut short in 1979. To say that he is someone who Chrissi holds dear, would be an understatement. "This Christmas" is now receiving the recognition it deserves and its appeal just grows wider with each passing year.

"Christmas Time is Here" comes from the very first Peanuts TV special. A Charlie Brown Christmas first aired on CBS in December 1965. All of the music in the half hour was brilliantly performed and composed by Vince Guaraldi and his trio with lyrics by Lee Mendelson. Guaraldi masterfully blended Christmas music with jazz and on  "Christmas Time is Here" injected just a touch of wistfulness that still comes through on covers such as this one.

This EP is killing me (in a good way) and we're only two tracks in.

Those first two tracks sound like they haven't aged a day even though they are both over fifty years old. The next track is even older than that. "Have Yourself a Merry Little Christmas" was written in 1943 by Hugh Martin with lyrics by Ralph Blaine. The story goes that when Frank Sinatra went to record it he found the song too glum so he called the songwriter and asked him to "jolly it up." That's how the original lyrics "until then we'll have to muddle through somehow" became "hang a shiny star upon the highest bough." This version by Poland does something I don't think I have ever heard before; she does the first verse using the revised lyrics and takes the last verse using the original words. What a simple, elegant, and beautiful way to do this song. This version also excels with a nice jazzy piano solo by Stu Mindeman in the middle. Even though I've heard this song hundreds of times, kudos to Chrissi Poland for doing something new and different with this piece of Christmas tradition.

Elvis Presley recorded "Blue Christmas" and released it in 1957 on both his Christmas LP and on a four track Christmas EP. His was one of numerous cover versions and it quickly became the standard. It was a song that not only sounded great when Elvis sang it, it still sounds great in the hands of artists who cover it to this day. That's where Chrissi comes in. Listen to track four; I rest my case.

John Lennon and Yoko Ono released "Happy Xmas (War Is Over)" as a single for Christmas 1971. Lennon's voice cut through the airwaves every time this was played on the radio, "So this is Christmas, and what have you done?..." The record was a perfect combination of guitars with Lennon and Ono's vocals, along with the Harlem Community Choir who sang "War is over, If you want it..." Poland's cover version invokes all of that. It not only excels on its own terms, but it conveys the same message, and if you are wondering about the lack of a choir here, I submit that Chrissi's ending is just about perfect.

Computer technology never ceases to amaze and in this case it allowed Chrissi to do the vocal arrangements and record the vocals in her home studio in NYC, meanwhile, Stu Mindeman played all of the piano in his Chicago studio. Anthony Gravino did the mixing and mastering in Chicago and voila! - new Christmas EP.

3. Have Yourself a Merry Little Christmas

5. Happy Christmas (War Is Over) 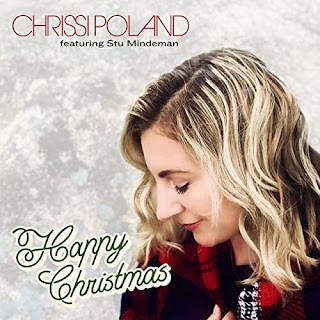