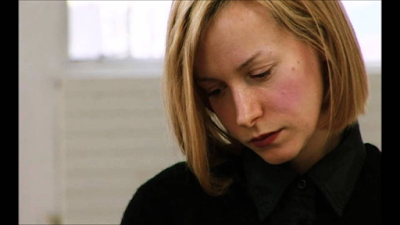 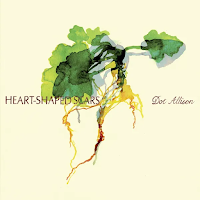 When the publicity email announced that there would be a new Dot Allison album coming this summer, I knew right away that I was interested, but I could not say exactly why or even tell you what she sounded like, her last record being so long ago (12 years, to be exact). Thinking back, I associated her with being the figurative ancestor of such pop/rock/electronic artists as Imogen Heap, Kate Havnevik and the like.
In addition to her solo work, Allison is known for her group One Dove, whose only album was well regarded. Although her older work has become hard to find, a quick sampling of what's out there confirms that my conception was not far off.

All that is interesting, but it doesn't begin to prepare you for the excellence of Allison's new album Heart-Shaped Scars. They call this folk and it may well be, but despite the overused hyperbole of the word, this sure sounds like it could be genreless.

I was also excited to learn that she comes from Scotland. Allison was born in Edinburgh and first learned music on the piano; her mom was a concert pianist.

Allison wrote or co-wrote all of the songs on Heart-Shaped Scars. She not only produced the record along with Fiona Cruickshank, she also played many of the instruments herself. Consider that Allison plays the ukulele, piano, 12 string guitar, mellotron, keyboards, hubble kalimba & Phone-Home Xylophone, Treated Keys & Harmonium. On four tracks, she utilized a Scottish string quintet.

The music on this album is constructed around Allison's voice, and the total effect is so gorgeous that I started to believe that the sound of the vocals is at least as important as the verbal content.

At times there is a gossamer lightness through the music that seems anchored by Allison's vocals. The string arrangements contribute to the weight of the pieces in which they appear. That this music can be light and heavy at the same time is one of those attributes that just must be heard. This album is best listened to in a quiet room, or better yet, on headphones. Heart-Shaped Scars by Dot Allison is a complete work of beauty.