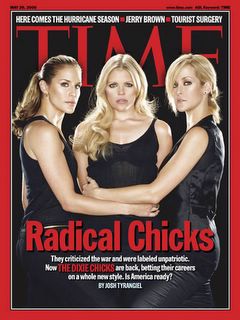 It was a big week for the Dixie Chicks, with Tuesday's release of their new album Taking the Long Way,

a cover story in Time Magazine, and appearances on most major talk shows including two days on Good Morning America (interview Tuesday, live performance Friday), and this morning's visit to the Howard Stern Show on Sirius Satellite Radio. 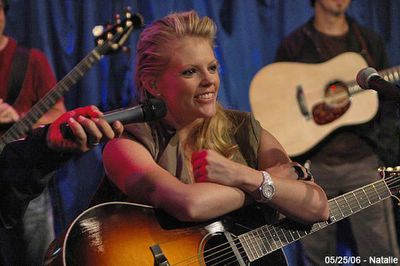 Think what you will about Howard, but once you get past the naked girls, strippers and porn stars, once you get past the bathroom humor and foul language, deep down there is a very funny performer who is very good at what he does, and even deeper down there is a very sensitive guy who usually comes in on the caring, humanistic, and even the moral side of most social and political issues. His musician and celebrity interviews have been a mixed bag but I've got to say that this morning's appearance by the Dixie Chicks was perhaps the best musician segment I've ever heard in nearly twenty years of listening to the Stern show. 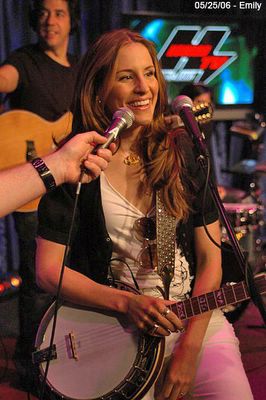 Howard did a great interview, covering all the necessary topics and a great deal more. He was reverent and irreverent at the same time, allowing the Dixie Chicks to fully express themselves and open up about a good many topics in a freewheeling and always fun and humorous session. The appearance was capped by a live performance of "Landslide", the Stevie Nicks/Fleetwood Mac classic that was a staple of the Dixie Chicks' live album. This performance with full band sounded better than I've ever heard on a radio interview segement and suggests that the technical capabilities of Sirius Satellite Radio may be as valuable to the listener as the free speech it affords its performers. 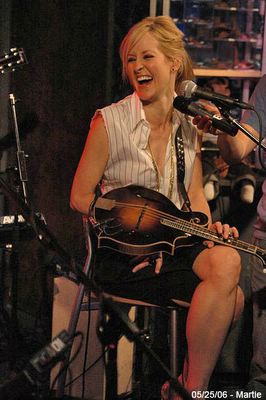 No, the Dixie Chicks didn't get away without being asked about their sex lives, but the conversation was mostly respectful, funny, and open in a way that you are not used to hearing musicians talk on the radio. All told, both the Dixie Chicks and Howard put on some great radio this morning, a grand slam home run for all concerned. 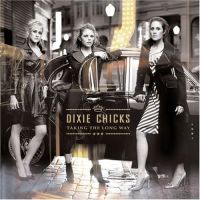 The Dixie Chicks new album was released on Tuesday and on first listen it sounds like a winner too. Unless you read the credit that it was produced by Rick Rubin, you wouldn't necessarily be able to tell from the sound. It'll take a while to know if the songwriting has the quality and the staying power that made the Dixie Chicks' first album Wide Open Spaces

a classic, but initial indications are positive. Plus you've got to love the fact that their first single, "Not Ready to Make Nice" addresses their recent political controversy by totally holding their ground while trying to bring some perspective to the whole thing. For his part, Howard offered the prediction that history considers those who speak thier mind at the potential expense of their careers as the Dixie Chicks did, to be heroes in the long run. Well said Howard. Remember to click on each photo to enlarge. All photos © 2006, howardstern.com.

6/02/06 Update - Despite continuing resistance from country radio, Taking the Long Way debuted at #1 on both the Billboard pop and country charts. 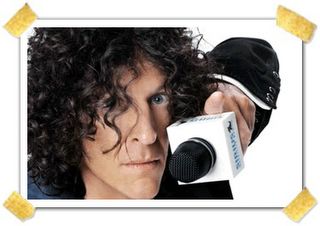 Charlie Ricci said…
I'm sorry that I'm such a late comer to the Chicks. Their political statements actually made me pay more attention to them but now I am glad I did. They truly are a top flight country band, one of the best. I'm glad to see that all of the negative attention hasn't hurt sales. I believe this CD debuted at #1 on the country charts.
6/26/2006