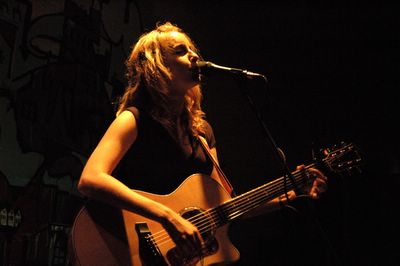 Lelia Broussard brought her acoustic show to the Steel City Coffeehouse in Phoenixville, performing on acoustic guitar with some tasty accompaniment by Jef Lee Johnson on electric guitar. As great as her music is when fully produced (see Lil-Yah review), it sounds equally amazing performed in these simpler arrangements, which is ultimately a testament to the quality of the songwriting, and to her remarkable talent as a performer. 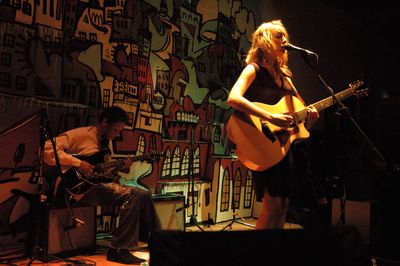 Jef is perhaps the only guitarist that I have seen in recent memory who plays using no pedals or electronics; Jef brings his guitar and the amp you see him sitting on, and he just plugs in and plays. And boy does he ever play. He takes songs that are already great to start with and makes them even better with his fine guitar work. 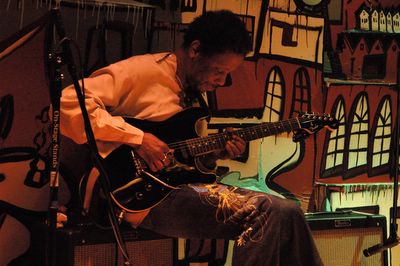 She opened with "I'll Be", "Happy People" and "All I Do", all from the Lil-Yah album. Then she played a new song, "I Like You in Mine" which debuted recently in demo form on her MySpace page, she described recording it with Jef in his basement studio, and that it is to be included on the soon to be released, reconfigured for national distribution version of Lil-Yah. After a nice "Broke Down and Blue" from Louisiana Soul, Lelia invited Kuf Knotz to join her onstage for a special live rendition of "That Boy Remix". 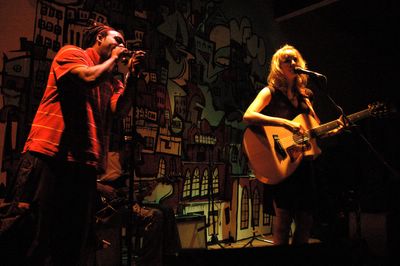 Kufie made the trip to Phoenixville just to do the one song with Lelia and the effort was well appreciated by the sell-out audience at Steel City. "That Boy" is a great song on its own, but the duet vocal on the remix just makes it even better; it was a real treat to hear the remix done live. Lelia's team has been trying to do a live recording recently, and there was a video camera shooting tonight's show; here's hoping that they got good results this time, the performance was definitely a keeper. 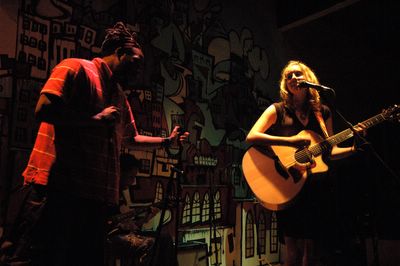 "He Makes Me Smile" sounded great in the simplified arrangement which left room for an absolutely superb jazzy solo by Jef. After some discussion of boyfriends wanting to know if certain songs were about them, Lelia tossed off nice excerpts of "You're So Vain" and "That Don't Impress Me Much" followed by another new tune called "Comin' Around" also destined for the reconfigured CD. She played a nice cover version of Tracey Chapman's "Give Me One Reason" that featured another beautiful guitar solo by Jef. After a bit of live name-that-tune for a t-shirt giveaway, she ended her set with a barn-burning version of "Rise" demonstrating some of her amazing vocal power; she also mentioned that "Rise" will be featured on the MTV television series The Hills next season. The crowd brought her back for an encore (she might as well get used to this already) of Bill Withers' "Use Me" and then closed with a killer version of the blues classic "Stormy Monday" complete with another gorgeous Jef guitar solo. I sure hope that camera crew got it all down, it was another totally great performance by Lelia. 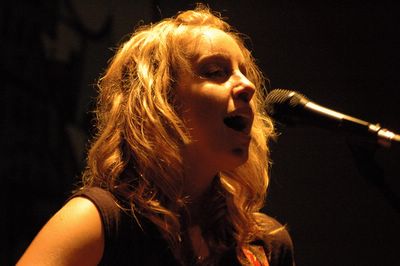 Along with the new songs due to appear on the reconfigured Lil-Yah CD, she fielded some requests for the two songs being dropped from the CD, saying that she wasn't allowed to do them now. The reconfigured CD drops the two cover songs and will consist of all original compositions by Lelia. I'm guessing that with the video camera rolling, it's likely that the setlist was intended to be consistent with the new version. She talked about playing in-store concerts at Wal-Mart stores this summer as an opening act. Surely new artists need to find audiences wherever and whenever possible on the way up, but this would seem to be so far beneath her talent that it's ridiculous. Let's hope that the Lelia brain trust knows what they're doing and that Lelia is able to come out of it with a record contract that affords her some semblance of artistic control. Remember to click on each photo to enlarge. All photos © W.Kates, 2006. 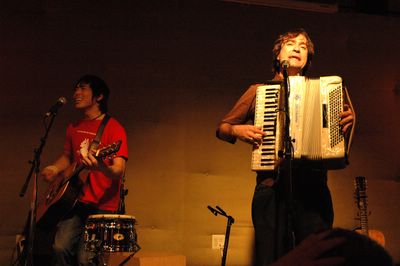 As she did at her last appearance at Milkboy Coffee, Lelia invited The Animators to open for her, and while the reasons for this may not have been so obvious at Milkboy, the Animators were really great tonight and totally engaged the crowd with a good dose of humor and well written songs, well played and well sung with lots of great stories. Audiences rarely give an opening act the time of day, but these guys were so good that they had the audience totally in their power within the first song or two. 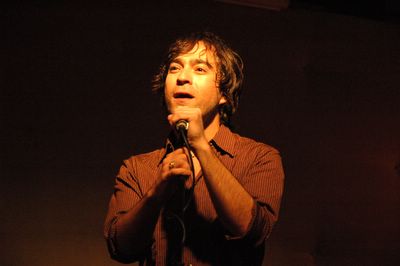 Just as it seemed that they were sounding about ten times better than they did at Milkboy, Alex Wong mentioned that he had left his voice and his health behind in Brooklyn when they came to play the Milkboy show; tonight he and Devon Copley were both in great voice and had a good sound system working for them too. The Animators pigeonhole as a power-pop indie group from Brooklyn; they sometimes perform with full band instrumentation but the writing core of the group is Alex and Devon. 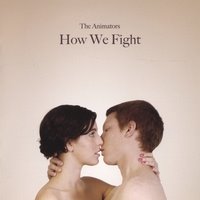 They are touring behind their latest CD, How We Fight. Their set was all excellent, but a couple of highlights were a gospel tune and a song called "A Girl Like You" which they explained was composed in a Nashville hotel room after hearing some other group introduce a song as "our Al Green song" and deciding that they too needed to have an Al Green song. This gem is currently available on their EP, The Chamber Sessions. 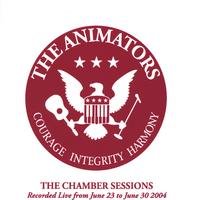 Both the audience and the Animators owe Lelia a debt of gratitude for continuing to book them to play with her and sharing the joy. Remember to click on each photo to enlarge. All photos © W.Kates, 2006.