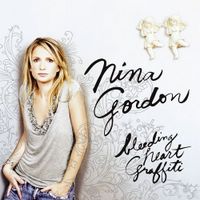 Nina Gordon's first solo album Tonight and the Rest of My Life (Warner Brothers, 2000), with its excellent title track single, seemed to apply for the job opening vacated by Madonna when she gave up writing classic pop/rock songs in favor of sex/rap and electronica. Six years later, Bleeding Heart Graffiti nicely picks up right where the first left off.

With a fresh sounding and appealing voice that falls somewhere between Madonna, Juliana Hatfield and Aimee Mann, and armed with a great set of new original tunes, Nina has come up with a very solid second album. Producer Bob Rock (his real name, thankfully), who also produced her first album, doesn't hesitate to pull out all the stops production-wise when needed, allowing Bleeding Heart Graffiti to fully realize the sort of quality pop/rock that you just don't hear much anymore on the radio or on the charts. Here's hoping that there's still an audience out there who will appreciate this. 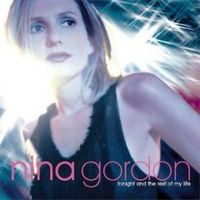