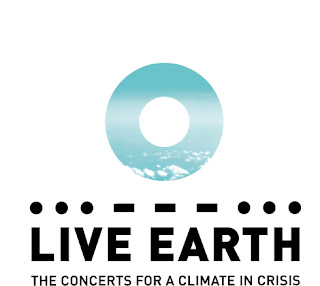 Posting about halfway through the telecast of today's Live Earth concerts to say that the technical quality of the production is breathtaking. It's like they took everything that was wrong with the coverage of Live 8 and did exactly the opposite. First and best, no blathering hosts. The show began at 4am EDT in the U.S. carried on several of NBC's cable channels, the best of which being Sundance and UHD which are both carrying the complete broadcast start to finish, Sundance for regular TVs, UHD for high definition screens.

They're showing the concert sets in roughly chronological order, breaking for short films and messages about environmental issues with the occasional commercial break. The music is not only being respected by this broadcast, but it all looks and sounds great. The challenge to present 24 hours worth of concerts from every continent on the globe in such quality is a dramatic technological achievement. For those so inclined, the concerts are also being streamed live on MSN.com, and there are real time live audio feeds from every concert running on separate channels on XM and Sirius satellite radio. 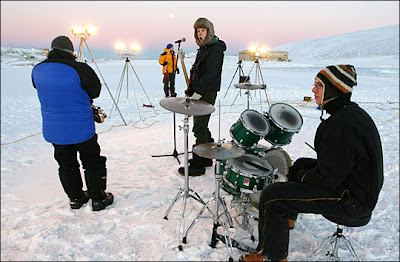 The performance from Antarctica by Nunatak, a band made up of scientists from the British Antarctic Survey who work at the Rothera Research Station there was a really nice touch, considering the subject of today's event.

Like Live 8, the global aspect allows us to hear artists from other parts of the world to whom we would not normally have access, and although the twenty-two hour telecast can not obviously include every performance from every city, the opportunity to see previously unknown artists is quite nice. 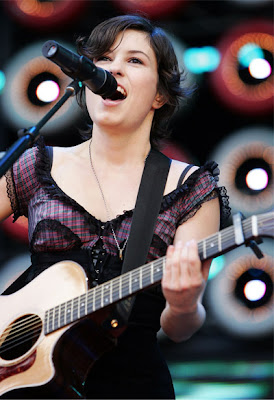 In the early part of the show, Missy Higgins sounded great performing in Sydney, Australia. I'd heard the name before but had not previously heard her music. Her set makes me want to hear more. 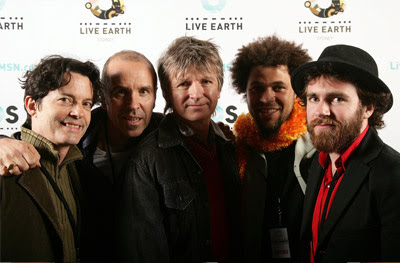 Crowded House, newly reunited, sounded awesome, also at the Sydney concert. Shakira shook it for sure, but also did some music of substance that sounded really good, performing from Hamburg, Germany. 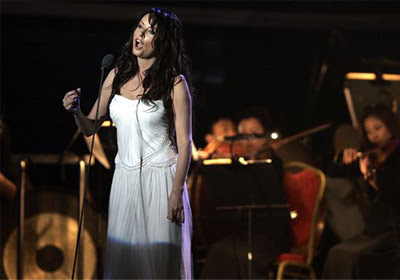 Sarah Brightman offered up a gorgeous version of the theme from Cinema Pardiso peforming with orchestra from Shanghai. 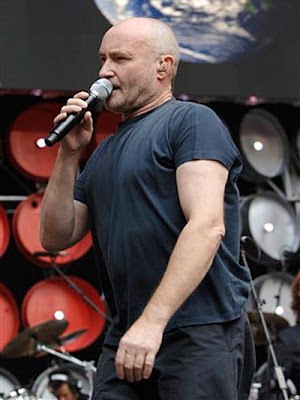 Moving over to London at around 10am, Genesis opened with considerably better song choices than their last reunion television appearance on VH-1's Rock Honors. Phil Collins began the set behind the drum kit, Chester Thompson was there on a second drum kit, Tony Banks on keyboards, Mike Rutherford on bass and Darryl Stuermer on guitar, making it almost seem like the good old days of the final phase of Genesis (post Gabriel and Hackett). 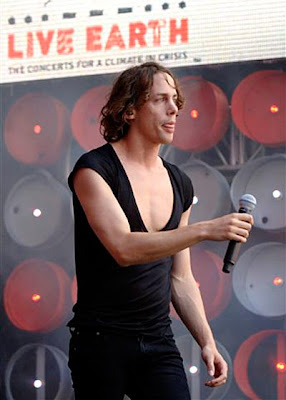 Razorlight was next, showing the world why Britian has been so nuts about them. David Gray took a small acoustic stage to perform with Damien Rice and a third guy who I couldn't see well enough to identify. My only technical gripe in the whole show so far is that after David Gray's song, they cut away just as Damien Rice was starting his tune. Perhaps we'll see the Damien Rice song later. 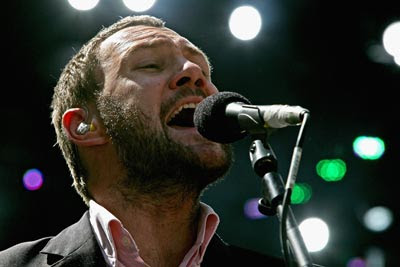 All in all, at the 10 hour point, this show is hitting all the marks and offering up a musical smorgasbord that is a huge treat. It's so great that they totally got it right this time. Here's hoping that the global awareness of environmental issues is raised proportionately. Will update again later.

Here's the official Live Earth video of Madonna's "Hey You"