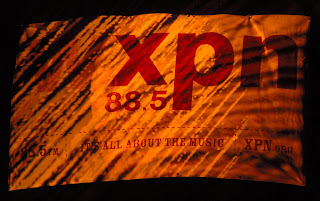 WXPN kicked off this year's XPoNential Music Festival in fine fashion tonight with sizzling sets by James Hunter and Tower of Power. Like last year, all the music performed on the River Stage (the main stage) will be broadcast live on XPN and most sets (excepting Tower of Power) will be archived for on demand listening on the XPoNential Music website.

Slo-Mo with Mic Wrecka opened the show. Added to the lineup at the last minute was Anthony Riley and the Reverend who did a three song set following Slo-Mo. Riley made the news recently when he was arrested by the Philadelphia police for singing too loudly in Rittenhouse Square. Introducing him at Wiggins Park, Helen Leicht invited him to sing as loud as he wanted, a real nice touch from XPN. Riley turned out to be a really capable singer, as this sample from the XPN live broadcast illustrates. 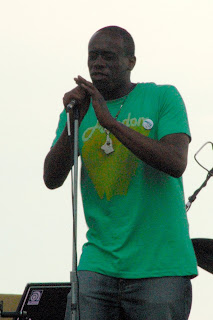 James Hunter demonstrated his unique ability to sound like a throwback to the British dancehall era of the fifties while sounding modern at the same time. His voice can sound like Sam Cooke one minute, James Brown the next. Two saxes give his band their trademark sound while Hunter sings, plays guitar and cuts some nice leads. His excellent band is rounded out with an upright bass, drums, and keyboards. 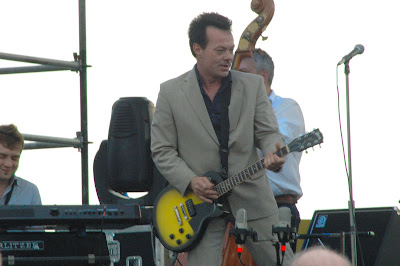 The threatened thunderstorms thankfully never materialized and as Hunter played, the ominous skies gave way to an absolutely delightful summer evening by the river. Hunter played a hot set of tunes including the XPN favorites from his last album, People Gonna Talk (2006). Check out this sample from the broadcast. 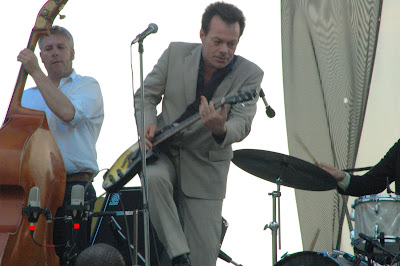 
Hunter's set included not one but two covers of classics by The Five Royales, including one, "Think" that was also covered by James Brown. "Evil Eye" was introduced as "the first song I ever wrote." Toward the end of the set, someone in the audience passed Hunter a hand drawn picture of himself that he liked well enough to invite the artist, a girl named Mary, to come up onstage to dance during his final number, "Believe Me Baby". Mary wasn't the only one, as Hunter had the throng in front of the stage happily dancing too. 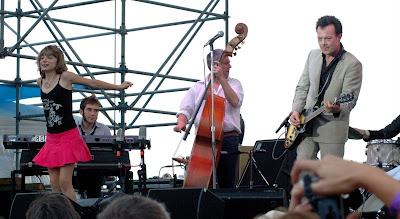 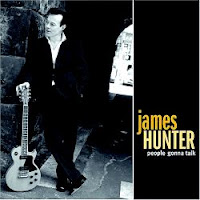 
Steady listeners of WXPN might know Tower of Power from the frequent play of "What is Hip" on David Dye's Funky Friday program, but otherwise there's been no clue on the XPN air to the fact that Tower of Power, along with the Average White Band (with whom they share an excellent double bill at the Keswick Theater every April), are currently working at the top of their form, sounding as good or better now than they ever have in their long history. 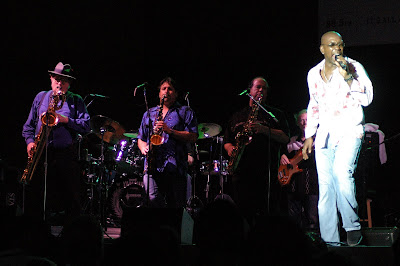 The current lineup hasn't changed much in the last decade. There have been a number of great guitarists including Bruce Conte who was previously the band's guitarist in the seventies and has recently rejoined to the delight of long term fans. They have also had the benefit of some very accomplished keyboard players substituting for a few years when health problems prevented Roger Smith from touring (he's back now), but the core rhythm section and horn section are all long termers. It doesn't get any longer than the relationship between founder Emilio Castillo and alto sax player Stephen "Doc" Kupka (the funky doctor). 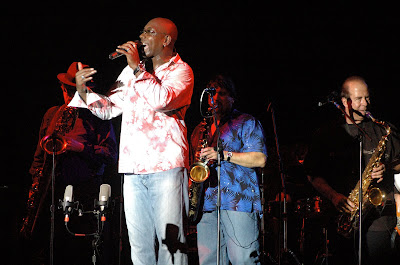 Rounding out the band and one of the main reasons that they give such a dynamic live performance is the current lead singer, Larry Braggs. He not only gives voice to every style of music that Tower of Power does with great expression, but he brings an energy to his stage performance that is nothing short of astonishing. With James Brown gone, LB has, I think, a legitimate claim to the title of "the hardest working man in show business." 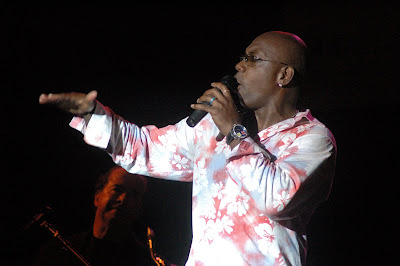 Check out this sample from tonight's broadcast. This was the first encore song and though I've seen Tower of Power many times, I can't recall ever hearing them do a better version of this classic. 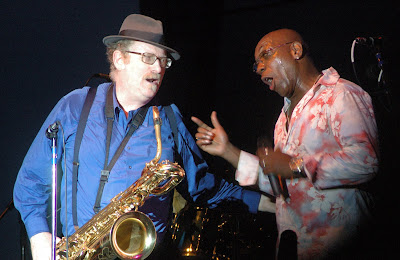 
They've been around so long that although there are live CDs and DVDs from various points in their history, but the current lineup with Larry Braggs has not been represented on any live albums to date. This state of affairs will be remedied on August 1st when Tower of Power releases a live DVD, preorders are available now. Braggs also mentioned that Tower of Power is recording a new studio album for release by year's end, and at this year's Keswick show he described it as mostly covers of classic soul songs. 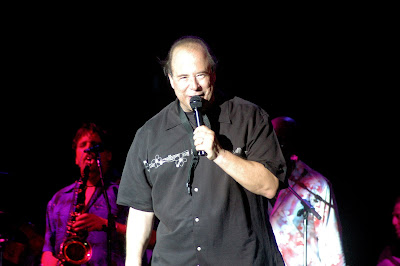 Castillo takes the lead vocal occasionally, and after the band introductions, he proudly states:

We are Tower of Power, and Tower of Power is a soul band, playing soul music for thirty-nine years this year, and from 1968 all the way up until today, one thing remains true for me, I still be diggin' on James Brown.

And with that the band rips into crowd favorite, "Diggin' on James Brown". Although way too many people remained seated on the lawn during their set, Tower of Power gave the live and radio audiences a dazzling performance and showed why they are truly one of our great musical treasures. Live music doesn't get much more joyful than this.

Due to a technical difficulty, the XPN live broadcast cut away after the first encore song and missed a hot version of "Knock Yourself Out" complete with cover of the Sam & Dave classic "I Thank You". Here, courtesy of blaisejones who posted this to Youtube, is a broadcast clip of the song from Montreaux Jazz Festival, 2006, complete with guest appearance by Carlos Santana and Chester Thompson. Note that Larry is wearing the same shirt as tonight at Wiggins Park. Knock yourself out, indeed. 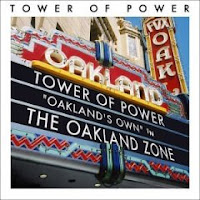