Jem - Down to Earth, Due September 16th 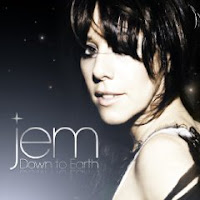 Listen to Jem - "On Top of the World"


Here's another long-anticipated, long-overdue release, the second album from Jem, whose 2004 debut nicely melded the seemingly disparate styles of dance, soul, and singer-songwriter music. Jem's live cover versions of Stevie Wonder songs provided a nice reference point for the catchy originals that she wrote on that first release. Advance word has it that the new album has a wider range of influences, all filtered through Jem's very appealing pop sensibility. Down to Earth

is released on September 16th.

At Jem's Down to Earth

web page you can get a free download of a track from the album and you can also pre-order it on CD with an autographed booklet. Two tracks have been released in advance of the album, "It's Amazing" debuted in the Sex and the City movie and is also included in the film soundtrack album; it has the same sort of key changes that made the songs on her first album so instantly identifiable. "Crazy" made its debut in the season premiere of Gossip Girl and will be the first single. 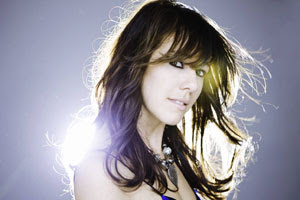 Unknown said…
Aw I love Jem! Did you see her on the cover of the new Ragged Mag?? She looks GORGEOUS! www.raggedmag.com can give you a free download..
9/09/2008