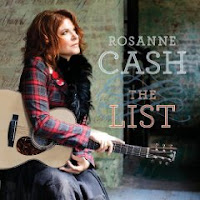 Rosanne Cash has made a delightful new record that tributes her dad with a collection of songs selected from a list that Johnny gave her when she was eighteen; a list of the 100 essential country songs that he felt she needed to know. The List

comes out Tuesday on Manhattan Records.


The combination of a great voice and great songs is a can't-miss proposition, but in this case Roseanne's voice is like silk, and the songs are all gems that cover a wide range of styles, every one loaded with history and context. The production by Rosanne's husband and longtime producer/musician John Leventhal is absolutely perfect for the material start to finish, and the musicianship is likewise stellar throughout. Leventhal's guitar work especially makes a number of songs sound extra cool, like on these first two preview tracks.

Listen to "Take These Chains From My Heart"


In addition to some of New York's best session musicians, The List

features some guest vocalists of note, like Bruce Springsteen who sings with Rosanne on "Sea of Heartbreak", the Don Gibson classic written by Hal David & Paul Hampton. Elvis Costello sings on Guy Mitchell's "Heartaches by the Number", written by Harlan Howard. Wilco's Jeff Tweedy and Rufus Wainwright also sing with Rosanne on The List.

Rosanne describes the list as being so wide ranging stylistically and historically that it's more like the essential songs of American music, not just country. Rosanne includes the folk standard "500 Miles" here in a beautiful version. And while the list did not include songs written by her dad, it does include Bob Dylan's "Girl From the North Country" the duet that Johnny sang with Dylan on Nashville Skyline.

Listen to "Girl From the North Country"


Rosanne Cash records are usually as notable for her songwriting as for her singing and the excellent production, but as a followup to her last record Black Cadillac

which was a beautiful and intense song cycle about the loss of her mother, father, and step-mother, The List

could not be a more welcome or more well done next chapter in Rosanne's career.

P.S. Another superbly sung and produced album of old school country covers was released by Martina McBride (who also produced it) in 2005 and stands as one of the best country records I've ever heard. And while the production styles are a little different, I'd consider both Timeless and The List

as among the best such recordings you're likely to ever hear. 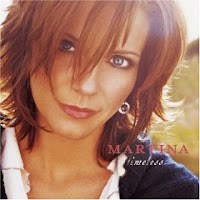