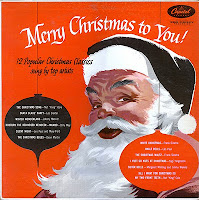 This is the album that started it all for me, back when I was about six or seven years old. I've always loved the Christmas season and Christmas music has always played a major part in it. My first memory of Christmas music is sitting on the floor of our living room and with my sister, listening to our mom's Christmas albums on a hi-fi which was in a cabinet that was furniture. Even though stereo didn't exist back then, the person who put together this system must have anticipated stereo because there was a large speaker on either side of the cabinet that held the automatic turntable, the amp, and the radio tuner.


There were only a handful of albums; they were by a few of the singers or orchestras that were popular at the time (late '50s/early '60s), one may have been by the Percy Faith Orchestra, stuff like that. The album that I've always remembered is this one; even though I didn't know the title, I could picture the cover and I remembered the tracks by Nat King Cole, Mel Blanc, and Yogi Yorgessen. My sister and I used to roll on the floor laughing (even befor
e that became an internet acronym) listening to the novelty songs on this record.

Listen to Yogi Yorgesson - I Yust Go Nuts at Christmas


I had been in search of this album for all of my adult life until now; more about how I found it later. As my record collection began to grow through high school and college years, whenever I saw Christmas records for sale, I always had my eye out for this album, to no avail. I did however start to find the songs I remembered. The Nat King Cole song was easy; as pretty much the ultimate classic Christmas song, it has never gone out of print. The next one I found was the Yogi Yorgessen, reissued by Capitol as a single in the mid '70s. I worked as a DJ on an FM rock station in the '70s and one of the guys there had the Mel Blanc song on an old 78 which I recorded.


That was about it for songs from this album until the late 80s; with the advent of CDs, Capitol released a series of well programmed and well documented collections of Christmas music from their vault. The very first one they released was Christmas Kisses

and when I first heard it I knew I had hit paydirt as it contained a bunch of songs from my childhood memory of this album.

When I finally found Merry Christmas to You, there were two different blogs that featured this album and it seems that Christmas music enthusiasts all agree that this was one of the best Christmas albums ever released. Having listened to it now, all these years later, I would have to agree. There were actually several different releases with minor cover differences and there were both 12 track and 16 track versions of it. The cover above is the one that we had, which was the 16 track release, as follows.

Even though I cut my teeth on The Beatles and my main musical interest starts there, I've come to appreciate much of the music that existed before 1963. Although it doesn't get a lot of press, the period of the '40s and early '50s (before rock and roll) really was a golden age of sorts for popular music and it seems like the majority of great singers, bands, and orchestras recorded for Capitol Records. Nowhere is this golden age more evident than in the Christmas music of that time; which is surveyed very nicely on Capitol's Merry Christmas to You.


Part of the beauty of this album is that it contains a nice mix of traditional, popular, and novelty songs. I didn't quite realize it until I found the tracklist, that this album served subconsciously as a template for every Christmas mixtape I've ever made, including the MP3 mix I am currently putting the finishing touches on. Watch this space for a post with all the details.

How I Finally Found It: I have done Google image searches from time to time, searching on "Capitol Christmas Albums 1950's and 1960's". I had done that a few times just this fall. As I was preparing my new mix, I was using the song "Yingle Bells" by Yogi Yorgessen (it was the flip side of "I Yust Go Nuts At Christmas") from a 45 rpm single because this track has never made it to CD. When I add a track to iTunes, I always try to put the original cover on it. In this case, I wasn't expecting to find much but when I googled "Yogi Yorgessen - Yingle Bells" I lucked out and found the cardboard picture cover of the original single released by Capitol in 1951.

On the same page of image results with the cover were numerous other covers of Christmas albums from the time period; these albums may have contained "Yingle Bells". This gave me an idea. Since I knew that the album I was looking for had "I Yust Go Nuts At Christmas" I then googled "Yogi Yorgessen - I Yust Go Nuts At Christmas" and voilà! Right on the first page of image results were two of the covers of Merry Christmas to You. The cover was exactly as I had remembered it.

The Re-creation: All of the tracks contained on Merry Christmas to You have been issued on various CDs over the years. I have reassembled the album with MP3s of the tracks from CD. If you would like to hear this album in its entirety, drop me a note to wkates@hotmail.com. If you are a do-it-yourselfer and would rather assemble it from the source CDs, I have all the CDs shown below.


For accuracy I researched and dug up the versions that were used on this 1955 release. The version of The Christmas Song by Nat King Cole that we all know and love was recorded in 1961 and that version is on most Christmas CDs. The version that was available in 1955 was Nat King Cole's original 1946 recording which I was able to find on CD (below).


Frank Sinatra had not yet made a Christmas album in 1955, but he did release a single in 1954 with "White Christmas" b/w "The Christmas Waltz" with the Nelson Riddle Orchestra. These single tracks were used on Merry Christmas to You. Sinatra made his first Christmas album, Jolly Christmas, in 1957 for Capitol. Backing Sinatra on this album are the Ralph Brewster Singers and the Gordon Jenkins orchestra. I find this album to be way more enjoyable than his later Christmas records for the same reason that popular music from the 40s and 50s was so good. Fortunately, when Jolly Christmas was remastered on CD they added the 1954 single sides as bonus tracks.

More Fun: Today I just happened to find this video tribute to Mel Blanc and his Christmas song that is on this album. Apparently Larry Rapchak was just as fond of this album as a kid, as we were. During the intro he shows his copy of the album which was a 14 track version. The video he made to go with this song is a loving tribute to Mel Blanc, to this album, and is quite funny in its own right. 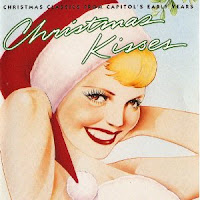 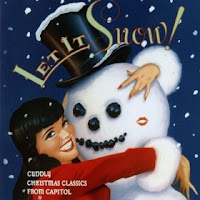 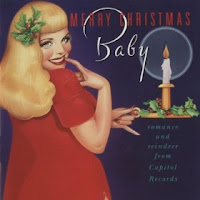 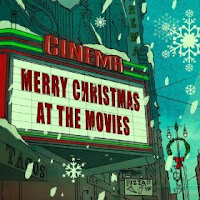 Merry Christmas At The Movies 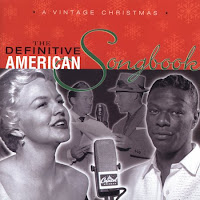 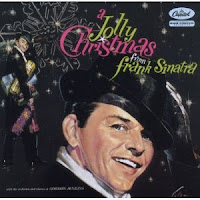 Anonymous said…
You have made my dream come true. My brothers and I listened to the scratchy old LP when we were kids in Lansdale Pennsylvania and I always wanted to get a CD to help us recall our childhood. Thanks so much.

Anonymous said…
Same wonderful memories from my childhood here in Adelaide, South Australia...same record-player too, by the sounds of it. Searched for years in second-hand shops and found recently on eBay in Troy, NY. Cost me US$2.98 + postage US$14.95 ..... a bargain, I say!!! Now have it on my iPod too but still like to get the record out at Christmas. It's a classic.
12/16/2013

Thank you so much for your exhaustive work on the web page:

I look out for that album in estate/tag sales, flea markets, etc. I am glad you included a list of CDs that it may be obtained from.