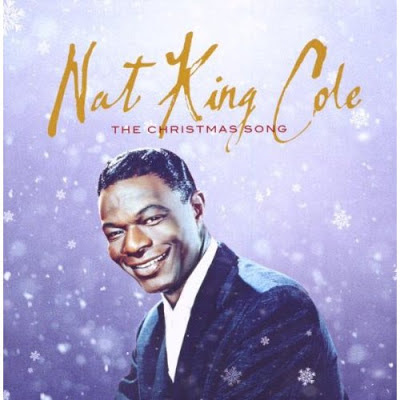 "The Christmas Song" by Nat King Cole is the ultimate Christmas song, and this video captures Cole on his NBC television show which ran from 1955 to 1957. The source data on this clip is sketchy, but one attribution gives it as 1957, so we'll go with that.

Mel Torme and Bob Wells wrote "The Christmas Song" in 1946, and it was immediately recorded by the Nat Cole Trio. Cole was possessed of a unique and magic tonal quality of his voice and an abundance of singing talent.

Cole was just forty-five years old when he died of lung cancer in 1965. According to Wikipedia: "Cole was a smoker of Kool menthol cigarettes, believing that smoking up to three packs a day gave his voice its rich sound. (Cole would smoke several cigarettes in rapid succession before a recording.) He died from lung cancer on February 15, 1965." Cole's voice and phrasing combined with the perfect arrangement and production to make "The Christmas Song" the gold standard of Christmas tunes, covered by almost every artist who ever recorded a Christmas album.

For a bonus video, we have a new cover version by Paul McCartney. In 2012 Paul finally did an album of standards, playing with a dream team of players including Joe Walsh and Diana Krall. Most songs got small jazz band arrangements which Paul also used on this go at the old Mel Torme chestnut and which sounded so good, the listener was left to wonder why he didn't do this years ago. Paul's version was released as part of Starbucks' 2012 collection, Holidays Rule.

Charlie Ricci said…
Truly one of the best Christmas songs of all time sung by one of pop and jazz's greatest voices. Everything from the song, the arrangement, and Cole's vocals shine brightly. The 1961 album this came from is my favorite Christmas album of all time. BTW, Holiday Rules is possibly the best holiday compilation in years.
12/18/2012