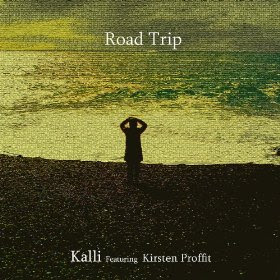 These are great times for music lovers. If you're willing to filter, the search is constantly rewarding, where something great can be lurking behind each click of the mouse, each email that lands in your in-box might contain the music that you won't be able to stop playing. Such was the case recently when Thad from Broken Arrow wrote to tell me about a new single by Kalli featuring vocals by blog favorite Kirsten Proffit. So I followed the link to a Soundcloud page where the song was streaming. 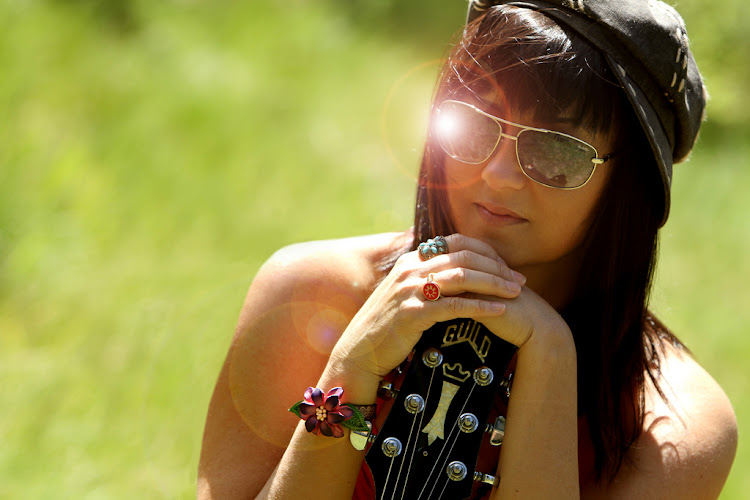 The Reykjavik - Los Angeles Connection:  Kalli was the singer, guitarist, and leader of Iceland's Without Gravity, a band that released one album, Tenderfoot (2005), a beautiful set of American country rock-influenced, Icelandic folk rock. Since going solo, Kalli has done two solo albums, While the City Sleeps (2007), and the just released Last Train Home, more about that below.

Kirsten Proffit is one of L.A.'s finest singer-songwriters with two albums to her credit, Lucky Girl (2006) and last year's excellent My Devotion. Broken Arrow had released Kirsten's first album, which is why she came to mind when Thad Wharton from Broken Arrow began to plan for the Kalli release. Last Train Home is being released through a partnership between Kalli, Reykjavik’s Smekkleysa/Bad Taste Records and Broken Arrow. I'll let Thad pick up the story of how the single came about.

"Kalli and I wanted to do something new & creative for his fans back in Iceland (Last Train Home had already been released there), and I wanted something to help introduce him here in the US before LTH released. Kalli had some new demos that I heard, and I suggested doing a duet on "Road Trip" with an American female artist. He really took to it as he had never done this. I suggested Kirsten, but also others. He listened to her music and felt a strong songwriting and singing connection with her, so I proposed the idea to Kirsten and she was very excited to do it.

It seemed a strange combination especially when you hear Kalli's first two records (very dark/atmospheric/emotional) and think of Kirsten's LA-pop leanings. But Kirsten was growing into her My Devotion sound with Americana stylings and instruments, and Kalli very surprisingly had done the same with his sojourn to Nashville for the LTH sessions. So they were headed towards a similar destination, but definitely from vastly different beginnings.

So this I guess was a trans-Atlantic and trans-continental recording. Kalli recorded the base song in Reykjavik, sent the master files to Kirsten in LA, and she wrote and recorded her vocals there. She sent the masters back to Iceland, where they were mixed and mastered by Kalli and his engineer/producer Arnar G. So it was a Reykjavik, Iceland to Los Angeles, California, recording project as well as cultural exchange. They connected on the song from different shores, and I think you can tell. 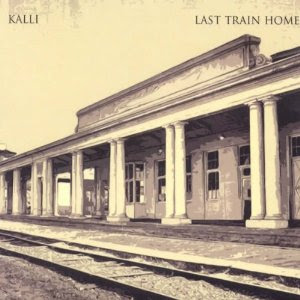 Meanwhile, back at that first listen on the Soundcloud page, I was so knocked out by "Road Trip" that I kept on listening to the several new Kalli tracks that were posted to preview Last Train Home. My first thought was these songs were not only exquisitely written and sung, but they had a definite Eagles vibe to them, early Eagles, cool pedal steel with some deftly played electric guitars. The lead track, "Nothing At All" sounds like it could be a lost track from On the Border.

Listen to "Nothing At All" 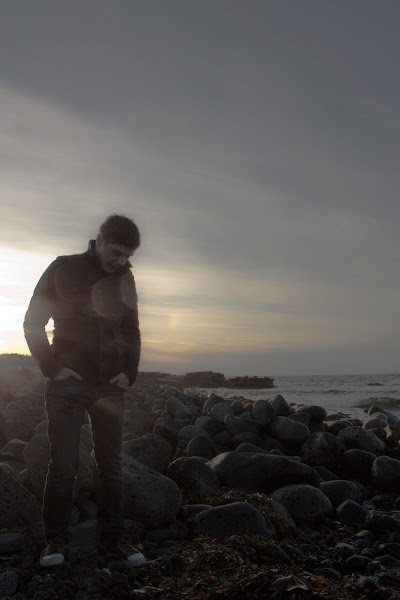 Intriguing, I thought, must hear more. Listening to the full length album brought the mixture of delight and surprise that music junkies long for every time they crack the proverbial shrink-wrap on something new. The whole record consistently hits the sweet spot between Poco, the Eagles, Loggins and Messina, Buffalo Springfield, the Byrds, or name your own favorite country rock band.

The sense of place is central to this record, and it doesn't get much more California than "Laurel Canyon", with lines like "Laurel Canyon here I come/California I'm coming home/To see my love though she's so sweet/When it all comes down she's all I need." So how does a nice folk rocker from an isolated, beautiful and remote place like Iceland come to make a country rock record that sounds fresh, authentic, and more vital than anything we've heard domestically for a very long time?

From Kalli's website: Worlds collided when these dark and hushed Icelandic textures met the wooden front-porch of American music. Realizing a dream to travel and record in Nashville, Kalli took his alt-country ideas to their source and teamed-up with producer Kurt Storey and A-list musicians such as Lloyd Green on pedal steel, Guthrie Trapp on guitar, J.D. Blair on drums and a host of other Nashville favorites who no doubt were also getting their first exposure to a vastly different musical approach. It’s a glorious thing for musicians and fans alike when artists step out of their comfort zone to try something far different from their norm, and then it works, magically well.

Kalli's meticulously crafted songs and his soft, almost-falsetto vocals invite comparison to Bon Iver or Neil Young, or maybe Bon Iver covering Neil Young. The song I'm currently obsessing over, "This Is Goodbye", reminds me of Young's "Philadelphia", from the movie Philadelphia, so sparse in instrumentation, yet so rich in it's simple but gorgeous melody with emotion pouring from the vocals.

Listen to "This Is Goodbye"


Two songs later "Black To Blue" opens with a piano riff that echoes the melody you just heard. The lyric "Last Train Home" appears in "Nothing At All" and then two songs later forms the basis of the album's title track. Little touches like that serve to tie the album together nicely. I could go on like this about every track but at some point you just have to hear it for yourself.

Bonus Video:  Having only heard Without Gravity in the context of Last Train Home, Last Train Home doesn't seem like that much of a stretch, Tenderfoot is a fine album. From it, here is "Beautiful Son".

A. N. McClelland said…
Great recommendations. Found this because I was googling "Road Trip" but didn't know about Tenderfoot. Thanks!
5/28/2013