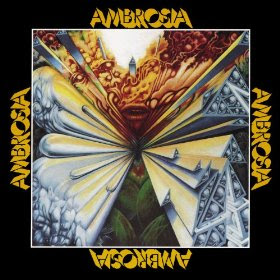 So Many People in the Same Device:  Despite their string of hit singles in the late seventies and early eighties, Ambrosia was at heart, a progressive band. This, their first album was clearly progressive, albeit with beautiful vocal harmonies (they worshipped CSN&Y), and superb production by Freddie Piro with engineering by Alan Parsons. All of the members of Ambrosia were tapped by Parsons to play on his first Alan Parsons Project album, Tales of Mystery and Imagination - Edgar Allen Poe.

When first released, Ambrosia got immediate attention at radio, especially college radio, because "Nice, Nice, Very Nice" had lyrics taken from a poem in Kurt Vonnegut's novel, Cat's Cradle. Vonnegut was at the peak of his popularity, and his books were devoured, discussed, and quoted on campuses everywhere. Plus Ambrosia wrote the perfect music for it and the result was utterly charming. For the other song to stream, we could drop the needle anywhere and come up with a winner, it's one of those fine albums that doesn't have a bad track on it. For more on this record, read Bob Lefsetz' excellent appreciation in his Lefsetz Letter.


Listen to "Holdin' On To Yesterday"