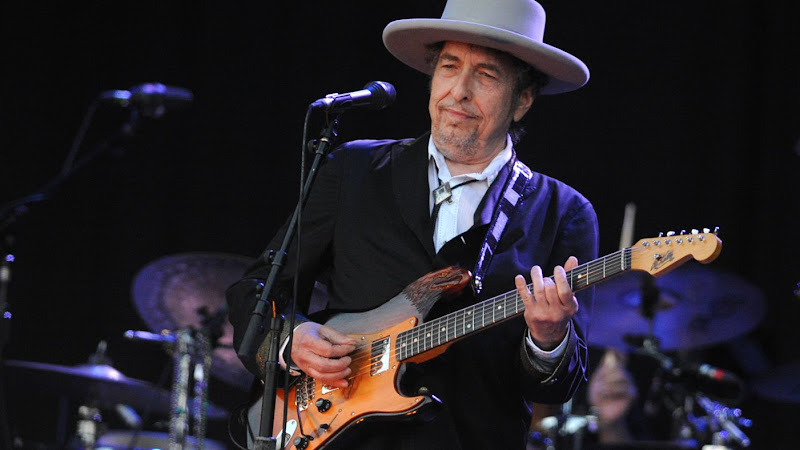 In all my years of concert going, there was one giant missing piece. I had never been to a Bob Dylan show. I have read enough to know that Dylan likes to make his concerts, let's say, "challenging" to the audience. So I was prepared to find much of the show undecipherable. I was pleased with actually recognizing two songs from the first set. I knew three from the second set, plus one of the two encore songs.

In the first set, he did a fairly faithful reading of the standard "Melancholy Mood". He ended that set with my favorite of his many great songs, "Tangled up in Blue". Armed with the above foreknowledge, I wasn't thrown that the song didn't sound anything like the original on Blood On the Tracks. What I wasn't ready for was the completely new rhythm and completely new melody, if you want to call it that. The only way to know it was "Tangled up in Blue" was that the lyrics were unchanged, except that he replaced the verse about stopping into a topless place with a harmonica solo.

Both sets contained a mix of originals and the standards from the Great American Songbook. The second set featured "I Could Have Told You", "All Or Nothing At All", and ended with "Autumn Leaves", all three true to Dylan's rather traditional interpretation on his last two albums. 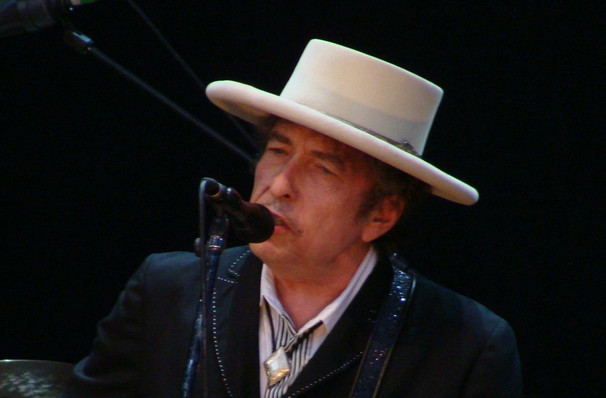 The first song of his encore was "Blowin' in the Wind" which, like "Tangled up in Blue", had a whole different rhythm and melody. "Blowin' in the Wind" is a timeless protest song, which maintains its relevance through the decades. The current environment of political and social injustice, both domestic and worldwide, almost begs for audiences to hear and appreciate "Blowin' in the Wind" and what it has to say. But, Dylan so eviscerated the song in this rendition that that would be quite impossible.

I am not a Dylanologist so I will not try to speculate as to why Dylan does this to his own material. If there is one thing that should be abundantly clear to him after doing two albums of standards, it's that the staying power of a beautiful song is dependent on a relatively faithful interpretation. To prepare for recording that material, Dylan reportedly listened to Frank Sinatra's version of almost every song. How he could do a faithful treatment of "Autumn Leaves" and then come back and sing a barely recognizable "Blowin' in the Wind" is a mystery to me. The same goes for "Tangled Up In Blue".

On a plus note, Dylan's touring band is the best. They were a big part of the artistic success of Dylan's standards albums, especially the pedal steel guitarist. Dylan was in good voice, neither as raspy and unintelligible as he can sometimes be, nor as smooth as he was on those last two albums. Dylan could allow you to clearly understand every word...when he wanted to.

The staging of his show was a bit unusual. There was an intermission after Mavis Staples then at about 9:00 PM, with no warning, Dylan and Band instantly began to play the first song. Throughout the show when each song ended, instruments began to play immediately, even before the applause. These instruments at first sounded like they might be tuning, but as it occurred after every song, it seemed more like these might be short instrumental interludes; somewhat disconcerting. Perhaps these interludes were devised because Dylan doesn't speak to the audience at all during the show, he doesn't introduce the songs, and he doesn't introduce the band. He just comes out and sings, and on some songs he also plays harmonica, guitar, or piano. I don't have a bucket list, but if I did, I could now check off "Bob Dylan concert". There are many ways to enjoy a live performance, and I would say all told, I was glad to see Dylan; and compared with years of reading about him, he did not disappoint. I consider seeing a Dylan concert to be a rite of passage, and one that was long overdue. 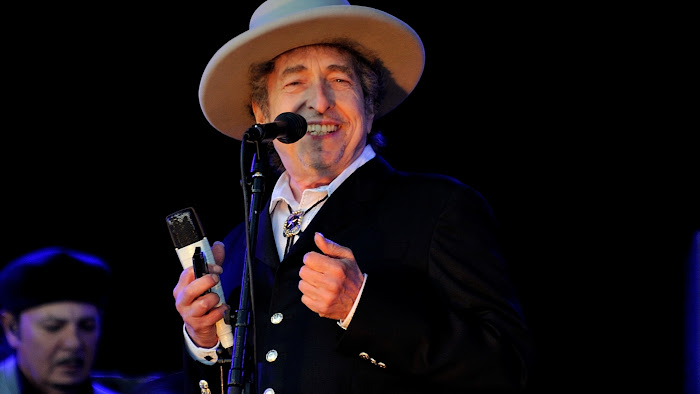 Here is the setlist (courtesy of setlist.fm) from The Mann Center for Performing Arts:

Encore:
Blowin' in the Wind
Stay With Me (Frank Sinatra cover) 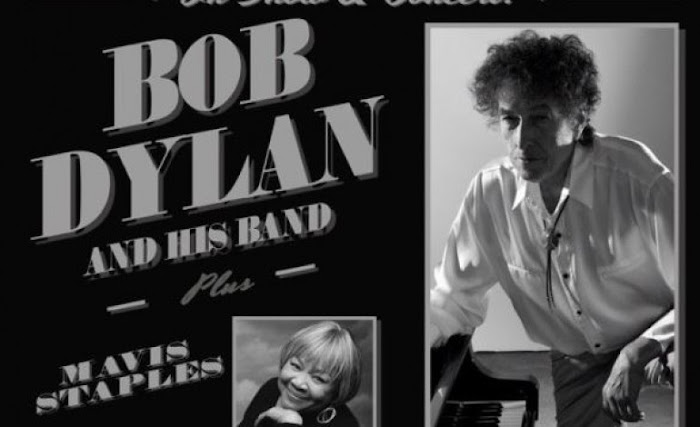