Dexys - Let the Record Show: Dexys Do Irish and Country Soul; Music To Warm Your Heart and Make You Smile 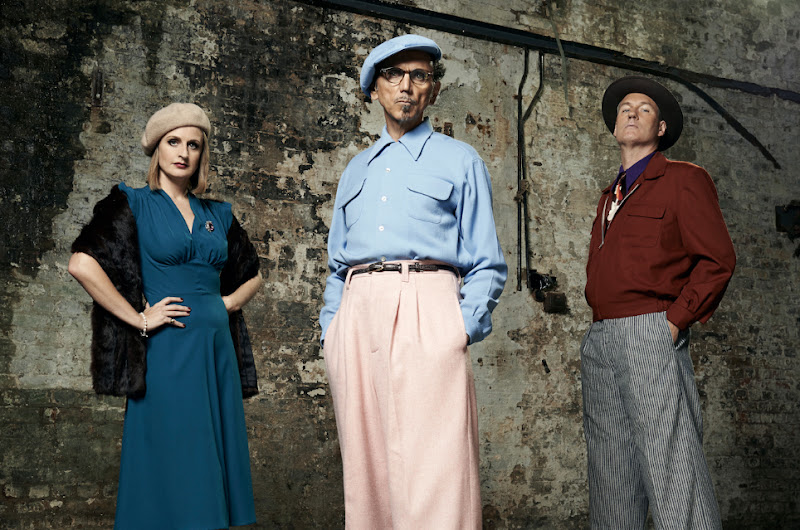 All photos courtesy of Dexys

Dexys Midnight Runners was an Irish Band, best known in this country for their 1983 hit "Come On Eileen". The band formed in 1978 and over the years they've broken up and reassembled numerous times. When co-founder and leader Kevin Rowland assembled the current band, he shortened the name to Dexys. Dexys has just released it's fifth album, Let the Record Show: Dexys Do Irish and Country Soul, which is an album of covers. The mix of songs on this record is sufficiently idiosyncratic; you might expect the traditional Irish songs, which are beautifully rendered, but the pop songs they do are a continually surprising delight. Here's what Rowland had to say about this project on the Dexys website:


“The album is called ‘Dexys DO Irish and Country Soul’: DO it, not BECOME it,” he emphasises. “We’re not trying to be Irish, and we haven’t used too many Celtic instruments on there. It’s our sound. We’re bringing our style to these songs. I’m just a guy who follows my intuition, my inspiration. This really felt like the right thing to do. We have put probably more care and attention into these songs than we might have done with our own songs, because the odds were high. It was important to get them right, and make sure every one of them felt relevant to us.”

There are a couple of ways to take this album. Take 1 is, as advertised, a loving tribute to the music that Rowland has always wanted to do. Takes 2 and 3 are essentially two sides of the same coin, which I'll refer to as the tavern interpretation. Take 2 is that the singer might be a guy at the bar, singing along with the jukebox. Take 3 would be the singer on stage at the very same tavern singing karaoke. Let's have a listen and break it down. 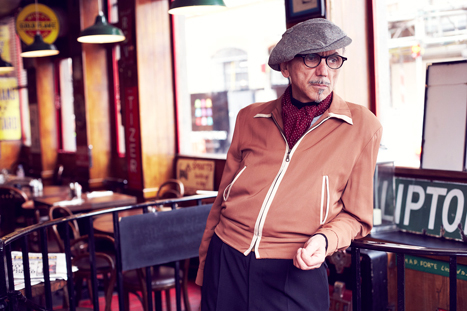 1. Women of Ireland - This is a gorgeous, gorgeous instrumental featuring special guest Helen O'Hara on violin. Based on a traditional Irish folk melody, the song is credited to Seán Ó Riada, a composer and arranger. Ó Riada was once a member of The Chieftains, who recorded the song on their Chieftains 4 album in 1973. Many diverse artists have recorded this tune.

2. To Love Somebody - This very beloved Bee Gees' song has a half spoken/half sung vocal by Rowland, which is as endearing as it is dramatic. The band does a loving interpretation of the brothers Gibb.

3. Smoke Gets in Your Eyes - Rowland's oh so serious reading of this Jerome Kern classic, dating back to 1933, sounds more like a 50s oldie. Whether the performance is serious or it's a touch ironic (or both), you will have to judge.

4. Curragh of Kildare - Beginning with a spoken word poem, "Curragh of Kildare" gets a straight forward treatment. I think that no one is better than Dexys when it comes to traditional Irish songs.

5. I'll Take You Home Again, Kathleen - This is another Irish song, written in 1875 by Thomas P. Westendorf, a teacher, about his wife. Rowland and company shine with a version that features more gorgeous strings.

6. You Wear It Well - Rowland sounds earnest on Rod Stewart's "You Wear It Well". In addition to the popularity of the song, I have to believe that part of the reason it's here is a reference to Rowland's sense of "style" which is explained in detail on the Dexys website.

7. 40 Shades of Green - This track is somewhat unique in that it is both an Irish song and also a Johnny Cash cover, one that Cash recorded and released as a single B-side in 1961. The simplistic arrangement and Rowland's vocal contributed to a friend's comment that this sounds like a guy at a bar singing, thus the Take 2 interpretation.

8. How Do I Live - This LeAnn Rimes hit, written by Dianne Warren, is one of the more unlikely songs in this lineup. The same friend, who commented on the last track, goes wild when she hears this one. She says, it's karaoke night all the way, "with the singer wearing Mom jeans and a trucker hat, glass of Guinness in his hand." She loves to cue the player up to the part where Rowland goes, "How-How-How..." thirteen times, and at that point she demonstrates by shooting her hand up in the air going a different direction with each "How", hence the Take 3 interpretation.

9. Grazing in the Grass - Dexys here are covering the 1969 Friends of Distinction hit rather than the original version by Hugh Masekela. The band is excellent on this track as are the backing singers. Roland plays the drama of the lead vocal to the hilt; you have to hear him go, "Can you dig it, baby". This track is one of the many reasons to love this album.

10. The Town I Loved So Well - Phil Coulter wrote this lament for his beloved hometown of Derry in Northern Ireland. The band sounds lovely and Rowland plays it straight in this very Irish song.

11. Both Sides Now - Both band and singer excel on this faithful version of the Joni Mitchell penned classic which is mostly known for Judy Collins' 1968 hit.

12. Carrickfergus - I first heard the traditional folk ballad "Carrickfergus" on an album by Van Morrison and the Chieftains. This piano based rendition features Roland with a soulful and referential vocal that concludes the record quite nicely.

About those several possible interpretations I referred to at the top, Take 1 clearly applies to all of the Irish songs. It's also easy to imagine a tavern full of people all singing along with Dexys' "Carrickfergus". The beauty of the pop songs is that all three takes could apply, and the song choices are such that they might well reflect selections on a tavern jukebox.

By my reckoning, there are plenty of reasons to love this album, twelve at the very least. But, like any work of creative expression, it's not for everyone. If listening to this record does not put a smile on your face and warm your heart, I would suggest looking elsewhere. It does all that for me and more, so I give it my unequivocal recommendation. 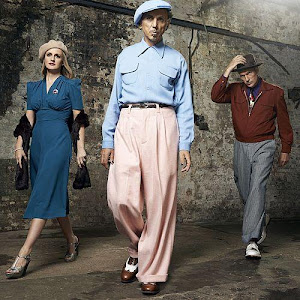