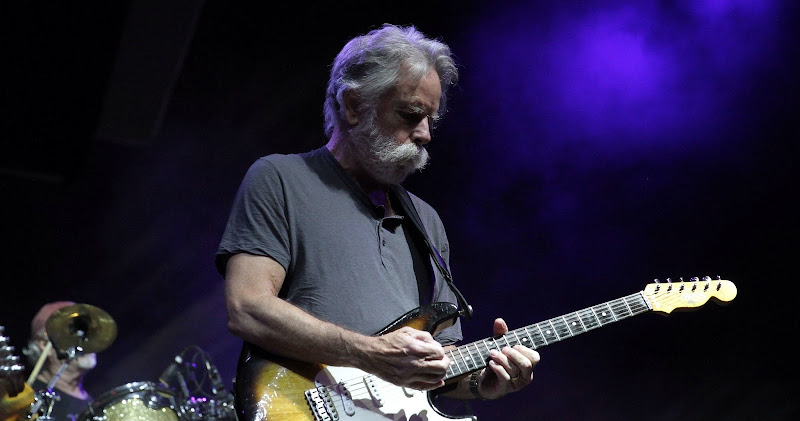 It's great to hear Weir again. It seems like ages since he has recorded a solo album. He's had many side projects such as Rat Dog, Kingfish, and Weir and Wasserman, not to mention lots of Dead activity. The last few years have definitely seen a Dead resurgence. There was the 50th Anniversary with all the attendant hoopla including a spate of lives shows and a gargantuan box set. For the last year we've had Dead & Company out on tour with John Mayer, revitalizing the Dead canon. Not that it needed revitalizing mind you. The association with Mayer is a win-win. For him it underscores his ability to do anything in music that he wants. For the Dead, it shows the depth, resilience and vitality of the Grateful Dead's repertoire, reputed to be somewhere in the neighborhood of 500 songs. So with all the side projects and all the various incarnations of the post Garcia Dead, I don't think we've had a proper Bob Weir solo album since 1978's Heaven Help the Fool.

The new album sounds trendless; he has not "gone country", it's not his hard rock album, he doesn't have name guests on every track, and thankfully, he doesn't redo his earlier works. Blue Mountain defies genres to a point, but if I had to specify, I would call this folk with some ingredients from rock, from country, from blues, and from western, but mostly western. It's a most genial blend.

If you've listened to the Dead as long as I have, this new record sounds like a visit from an old friend. The first thing you'll notice when you play Blue Mountain is that Weir sounds different. That said, you would definitely recognize that it's him singing, but now he sounds a little bit older, sounding like the elder statesman of rock that we know he is; perish the thought. It's a small difference, I don't know whether they are recording him differently (mic, EQ, reverb), or whether his voice has actually changed. Maybe he's just trying to sound like an old cowboy.

Blue Mountain you see, is Weir's cowboy album. He explains in the Relix video (below) that at the age of fifteen he thought it would be romantic to leave home and become a cowboy. So he did. He wound up on a ranch in Wyoming. These cowboys basically made their own entertainment each evening, telling stories and singing songs. This somewhat explains why Weir has always liked cowboy songs ("Big River"), some of which he performed regularly with the Dead.

He wanted to make an album inspired by this music, thought about it for decades even. It all came together when Josh Kaufman contacted him and suggested doing just that sort of album with some musicians from The National.

Listen to "Only a River", "Gonesville", and "Blue Mountain". 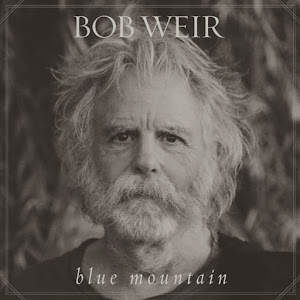 Bonus Video: Watch Weir talk about the concept behind the album, including a live performance of Blue Mountain (courtesy of Relix Magazine).