Danielia Cotton, Sellersville Theater, 10/06/2016; It Was A Family Affair As Danielia Rocked the Sellersville 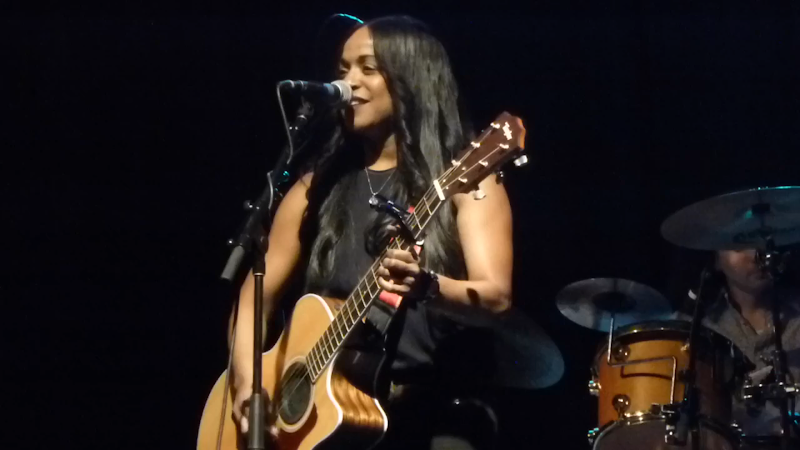 Danielia Cotton brought her band to the Sellersville Theater on Thursday, October 6th for a headline show. A native of nearby Hopewell, New Jersey, Cotton performs an energy rich brand of rock that includes strands of jazz, blues, gospel and R & B. Cotton is an accomplished songwriter, musician, and singer with a voice that falls somewhere between Joan Osborne and Melissa Etheridge.

With a career now spanning over a decade, I count four albums and four EPs. She played four of the five songs on her latest release, which is called A Prayer. This EP is the first half to a two-part album, the second half will be out early next year. She also played one selection, "You", from that upcoming release. Her last full length was called The Real Book (2014), which was a collection of excellent cover songs. From it, she performed a powerful "Gimme Shelter". This song was an inspired choice, not just because it's a great Stones tune, but Cotton embodied the soulful gospel tinged voice of Clydie King, who sang with Mick Jagger on the original.

She drew three songs from her The Gun In Your Hand album (2012). Cotton opened the show with two of them and closed her set with an enormously emotional cover of Prince's "Purple Rain" which, by the way, was not the only Prince tune in the set. She also sang the quieter, more singer-songwriterly "Sometimes It Snows In April".

"Bound" and "Testify" came from the Rare Child album (2008). Cotton dedicated "Testify" to her 96 year old grandmother, "This one's for Nana". From her 2005 breakthrough album Small White Town came "Shame" and "It's Only Life" (that's the one XPN played quite a bit). Cotton also included a rarity, "Wasted", a song not found on any of her records.

Cotton's band came ready to rock, and rock they did. "Deep Dark Love" opened the show with the band going full tilt. Chris Anderson played bass, Greg Gonzales played drums, Kareem Devlin and Emmett O'Malley played guitars. I've got to say that the guitar work was phenomenal, every texture, every tempo, and some of the sweetest solos you'll ever hear.

Being that this was something of a hometown show, Danielia brought up her mom Wenonah Brooks and her aunt Jeannie Brooks, both jazz singers, to accompany her. Jeannie joined her on "Shame", then Wenonah joined Jeannie and Danielia to sing on "Bye Bye Blackbird". For an encore, Danielia and Jeannie sang a beautiful a cappella version of the jazz standard "Nature Boy", putting a perfect ending on an incredible night of music.

Many thanks to the Sellersville Theater for the excellent sound and lighting, to Beverly Kates for camera work, and to Lindsey Mitchell for video production assistance. 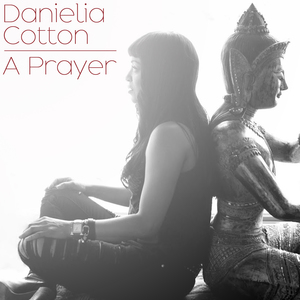 Unknown said…
Love this most talented and gracious woman! Great music and heartfelt lyrics are presented with enthusiasm and true joy or sorrow as the melody and words warrant. If you DO get a chance to see Danielia perform live, by all means GO! She is amazing!
10/30/2016