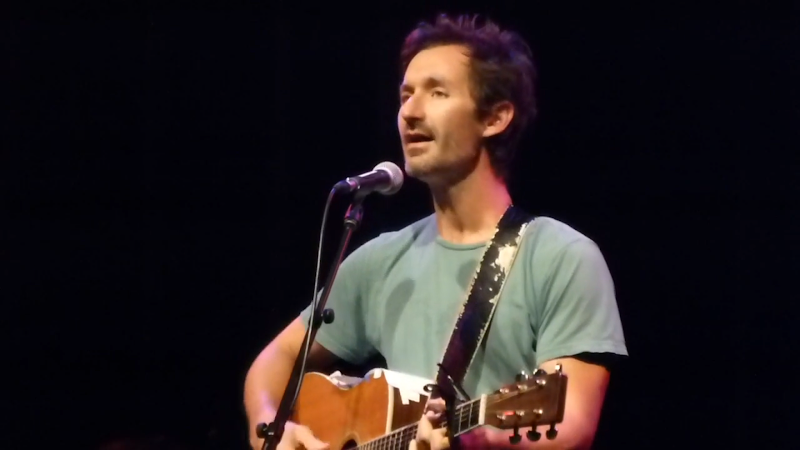 Griffin House, yes that's his real name, played the Sellersville Theater on Wednesday, November 9th, at the unique juncture in time just one day after the U.S. presidential election. I point that out because Griffin spoke on it, even though (as he explained) he usually never talks about politics.

It was a thoroughly engaging and enjoyable show. House is an extraordinarily gifted songwriter, and has similar ability for storytelling. After a few songs, watching him perform seemed much like a visit from an old friend, which is remarkable since I have never actually met the man.

I especially liked the story he told about his grandfather, which led into "I Remember"; it was right on time for Veteran's Day. Another great story talks about how he came to write "Colleen". I'll let him tell it, just watch the video below.

I was especially glad to hear "The Guy That Says Goodbye To You" as part of the encore. I first discovered him several years ago on Noisetrade and once I heard this song it stuck in my head indelibly ever since.

Griffin House is an Ohio native (Springfield) who has at least a dozen albums and EPs to his credit.

Watch "The Guy That Says Goodbye To You"


Click on the interactive setlist below to watch videos, most of which are exclusive. Many thanks to the Sellersville Theater for the excellent sound and lighting, to Bev Kates for camera work, and to Lindsey Mitchell for video production assistance.