Fairground Attraction - The First Of A Million Kisses (Expanded Edition), Deluxe Remaster; Essential Early Eddi Reader, When It Comes To Bonus Tracks This Is The Full Boat 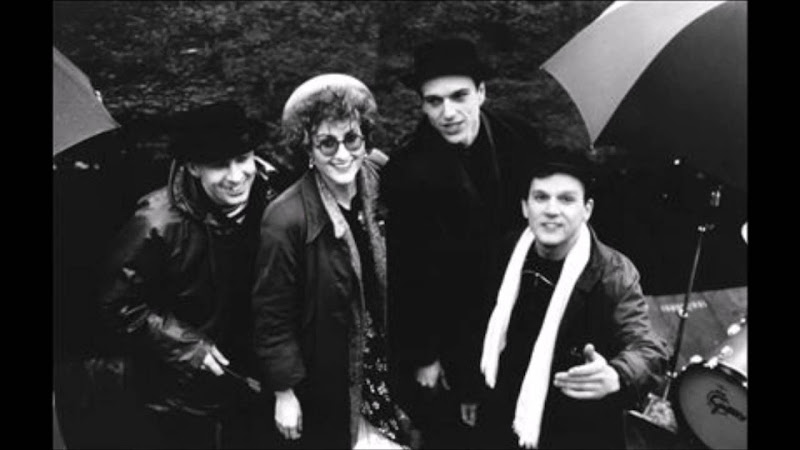 Fairground Attraction was essentially a partnership between lead vocalist Eddi Reader, chief songwriter and guitarist Mark E. Nevin, and the rhythm section of Simon Edwards (he played something called a guitarrón which is a six-string bass guitar) and Roy Dodds (drums & percussion). Released in 1988, The First Of A Million Kisses contained twelve tracks; "Whispers" was written by Reader while Nevin wrote the rest including the #1 selling single "Perfect".

This was the group's first and only original album; the two subsequent releases were a B-sides collection and a live album. The First Of A Million Kisses reached #2 on the British album chart and went on to sell over a million copies. At the 1989 Brit Awards, their debut brought home Album of the Year honors, while "Perfect" won for Single of the Year.

Fairground Attraction caught on in Europe and Japan, but not so much in the U.S. where "Perfect" stalled at #80 on the Billboard Singles Chart. Their 1989 tour of Japan resulted in their live album, Live in Japan.

The newly released two disc expanded edition of The First Of A Million Kisses boasts a total of forty tracks. Here is a guided tour of the bonus tracks. The original LP appears on disc one, tracks 1-12 below. The original CD release contained two extra tracks, which are here on tracks 13 & 14. The remaining seven tracks on disc one are all b-sides that also appeared on Fairground's second album Ay Fond Kiss (1990), including the title track a song based on Robert Burns' poem Ae Fond Kiss.

The first two tracks on disc two are likewise b-sides that were also on Ay Fond Kiss. That makes a total of nine such tracks and they are an enormously interesting batch. They include covers such as "You Send Me", "Mystery Train", "The Game of Love" and the Beatles' "Do You Want To Know A Secret". Continuing on disc two, there are eight tracks (3-10 below) recorded on 02.07.89 and previously released on Live In Japan (2003). That album contains sixteen tracks, eight of which are songs from The First Of A Million Kisses. The other eight were not, and those are the ones that appear here.

Disc two then offers up four previously unreleased tracks, three demos, and one completed track. There are four more demos, tracks 15-18. The last track (19) offers an alternate version of "Walking After Midnight", the only single released from Ay Fond Kiss, although that version is significantly different from the one included here. The tracklist only identifies this with "(version)".

The expanded CD comes with a new booklet with plenty of photos (provided by Nevin) and an excellent essay about Fairground Attraction by Michael Silvester (with the participation of Mark Nevin and Eddi Reader). In it, Reader says,


"...I was from the tradition of old singers: Patsy Cline, Edith Piaf, and Bing Crosby. I would always try and be a bit discerning about what I was doing. ...People would hire me because I'd done work with Billy MacKenzie or The Waterboys, and I'd gone from being a busker to singing on tours with people who were touring America or Britain like Alison Moyet or Eurythmics. But I wasn't particularly happy with session singing. I wanted to find something that was more me and more about how I'd like to express myself."

So, with the expanded edition of The First Of A Million Kisses you get everything that was on the original LP and CD, everything from the Ay Fond Kiss album except "Walking after Midnight". You also get half the live album, all the singles and B-sides, seven demos and one unused track, four of which are previously unreleased, and the alternate version of "Walking After Midnight". In sum, every song that Fairground Attraction recorded in their short lived career is represented. And all this has been remastered for best possible sound quality. It's a fitting tribute to a very talented group of musicians.

Note: This expanded reissue is not currently streaming on Spotify or YouTube in the US. The tracks on the following links are from the original releases.
Listen to: "Perfect" (below), "Find My Love", "Fairground Attraction" and "Ay Fond Kiss". 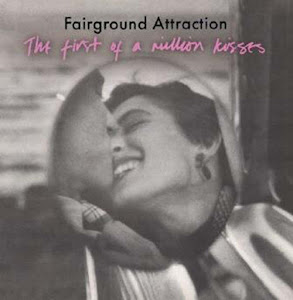 Stream on Spotify (original album only) 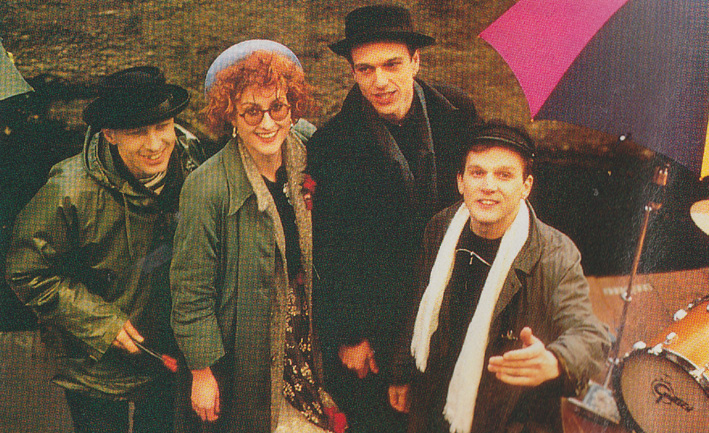