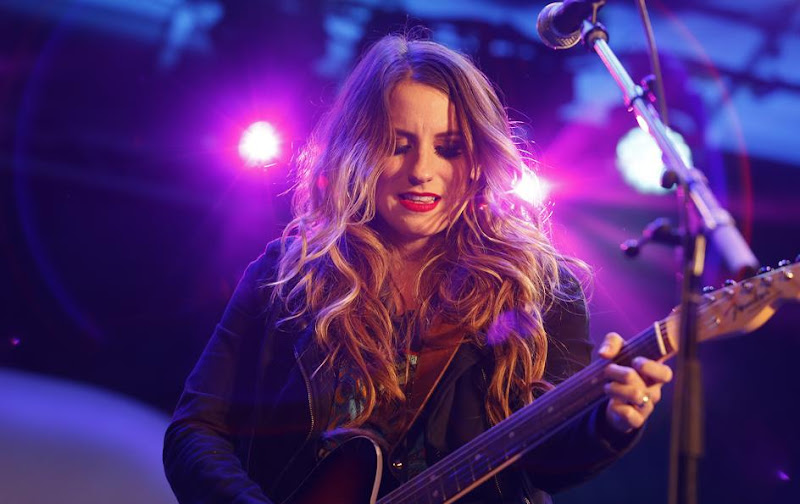 Caitlyn Smith brought her Starfire tour to Philadelphia playing the upstairs venue at World Cafe Live on Saturday night April 14th. The tour brought together two songwriters from Nashville for an evening of fine music (more on Andrea Davidson's opening set below).

Smith drew a great deal of her set from her newest album Starfire. She offered lots of stories and talked about her career quite freely during the show. Smith grew up in Minnesota and began performing in and around St. Paul. She talked about this during the intro to her song "St. Paul". Eventually, she moved to Nashville and for the past eight years has worked as a songwriter, writing material for other singers.

Although she didn't play much from this catalog, she did pull out one gem saying that she wrote it with Meghan Trainor a couple of years before Trainor hit the big time. This song, "Like I'm Gonna Lose You", wound up being recorded by Trainor with John Legend and was Smith's first #1 as a writer.

Smith played several highly interesting new songs during her set. Before "If I Didn't Love You" she stated that it was one of two new songs to be included as exclusive bonus tracks on the Record Store Day vinyl release of Starfire. The other bonus track is "Breakfast in the Afternoon". When Smith played that, she told a story about gathering her songwriter friends and taking a train to Tacoma, WA. It turns out that even though she had previously written a song called "Tacoma", she had never actually been to Tacoma, hence the trip. She said that she wrote "Breakfast in the Afternoon" on the train with her songwriter friend Bob DiPiero. DiPiero also co-wrote "Tacoma", as well as "Scenes From a Corner Booth at Closing Time on a Tuesday".


I’ve loved ‘Tacoma’ since the moment we wrote it. I was scheduled to write with Bob DiPiero, and I had never written with him before. Bob is a Hall of Fame songwriter and he has written many hits, and I remember being nervous because I didn’t think I had any ideas that day. I was driving into Music Row, and I was at a stoplight, and I typed in the address to Bob’s office. Instead of my phone taking me to Music Row, Google Maps routed me all the way to Washington, to the town of Tacoma. And I thought, that’s a great title. So I started singing this sad melody into my phone, and when I sat down to write with Bob and asked him what he thought of this idea, ‘Tacoma.’ I started to play a little bit of it for him, and it was almost like the roof of the building opened up and a beautiful song baby fell from the sky. We wrote the song in less than an hour, and, as a writer, you have days like that. You know sometimes songs take some wrestling and time, but when they come so easy it’s like you have to get out of the way of the song and just let it be born. Those are the best days. - Southern Living, "The Voice Everyone in Nashville is Talking About"

Hearing Smith sing these songs live was pretty amazing. The band was excellent, too, with Steve Bosmans on electric guitar, Rollie Gaalswyk on guitar, Phil Hickson on bass, and Levi Stugelmeyer on drums.

Smith talked about working as a contract songwriter in Nashville, and how they don't want sad songs and how in that environment it's difficult to tell your truth. She found it liberating to record her own songs. Caitlyn Smith is a songwriter, singer, and musician who is well versed at her craft. Seeing her tour was a real thrill. 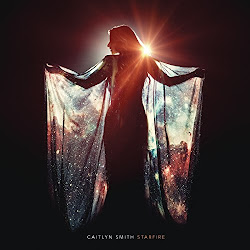 Starfire is the latest album from Caitlyn Smith and the source for many of the songs in her live set. The album is well done in every regard and stands as one of the best releases of 2018. 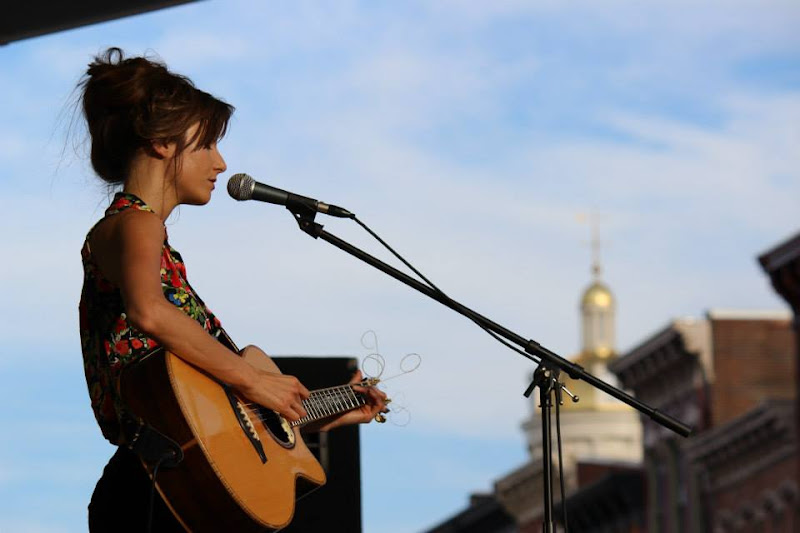 Andrea Davidson opened the show and played her first two songs solo. She then brought out keyboardist and vocalist Leora Nosko, who together with Davidson's guitars, drum machine, and beat box approximated the sound of a band quite nicely. The mix was open enough that her voice was allowed to shine. All of the songs in her set, except one, were originals and all are to be included on her new album, Shadow Painter, due out later this year. For those lucky enough to catch one of her shows this spring, she is selling pre-release copies of the CD.

The one song in her set that she didn't write was a cover of the Bee Gees' "Stayin' Alive". Saying that she finds the lyrics still relevant, she played bass and sang a slowed down version which allows you to really hear the lyrics, perhaps for the first time. According to Davidson, "Stayin' Alive" is to be included on a covers EP that she plans for this summer.

Coming from Kentucky, she has spent the last two years writing songs in Nashville. I must say that Andrea Davidson was not only well spoken, her act was particularly polished and totally enjoyable.