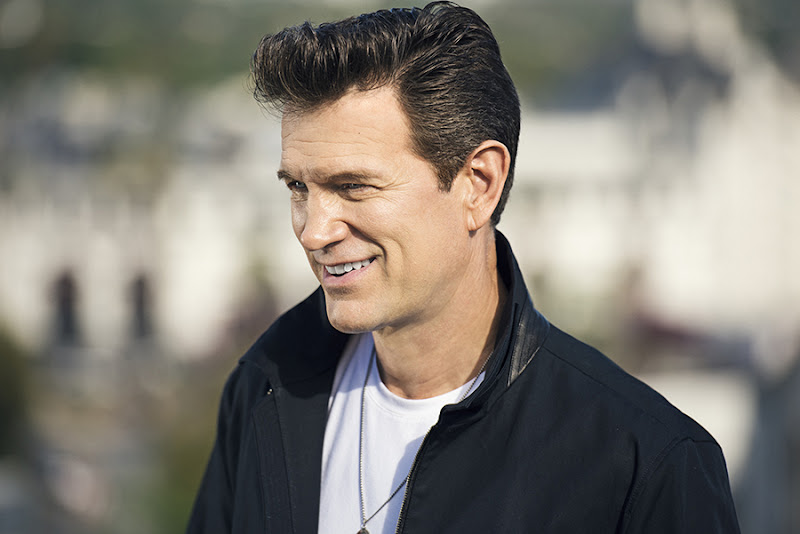 Chris Isaak's last studio album came out in 2015, so I suspected that something new might be in the offing when I saw he was booked to play at Parx Casino on Friday night August 31st. I had never seen him before so the concert was quite a thrill. Isaak's show offered a good survey of his career, programmed to please. He talked quite a bit through the show and all of the self deprecating humor entertained the crowd for sure.

For three seasons starting in 2001, Isaac played himself on a weekly hourlong TV show, The Chris Isaak Show (Showtime). Having watched all of the episodes, Isaac and the band members who participated were starting to seem very familiar, even though I'd never been to see them live.

The TV show was a mixture of comedy, drama and performance, loosely based on Isaak's experiences from his career. The music performances were top notch and the whole thing was scripted to seem unscripted and natural. That is why live much of the between song comments sometimes sounded a little scripted, but that is a small thing compared to the excellent music.

Isaak's albums have always been creative triumphs and with the highlights all lined up in a live set you get about ninety minutes of high quality rock show. Isaak proudly wears his influences on his sleeve: Elvis Presley and Roy Orbison, to name two. He not only covered them, but also talked about how much of a dream come true it is to meet and become friends with your idols. In that number he included Orbison and Scotty Moore (Presley's guitarist).

The lighting and sound at the Xcite Center was again off the charts excellent. It was a loud show, and in Isaak's words "a rock 'n roll show", and even though it was powerful, the sound never deteriorated into distortion the way so many large shows do.

Isaak has worked with the same band for thirty three years and it shows. These guys have certainly put in their ten thousand hours, and then some. Silvertone is a smooth running machine that can play everything from acoustic to country to straight ahead rock. They sound natural whether playing Isaac's prodigious catalogue or doing rockabilly covers. I totally enjoyed the set. There was no mention of a new album, but the set was replete with album cuts, covers, and his hits such as "American Boy", "Somebody's Crying", "Wicked Game", "Let Me Down Easy", "San Francisco Days", and "Baby Did a Bad Bad Thing". The complete setlist is shown below.

Isaac is a showman in the old school country tradition, complete with his attire and his personalized guitars. There was also the orchestrated opening and closing of the set. And then there were smiles, like this...

"Somebody yelled out 'Only the Lonely' like it's a bar. Scotty, can we play a little bit of 'Only the Lonely'? Do you remember it? You can't just yell things out and we play them. Can't you see this very expensive suit I got at Sears? We're not like bar level quality. We may not be Beyonce level, but we're damn near State Fair quality. You come see this, later on the smell of a corn dog will come to you." [Chris Isaak, between songs]

Watch "Only the Lonely"


Setlist - Chick on the linked titles to watch 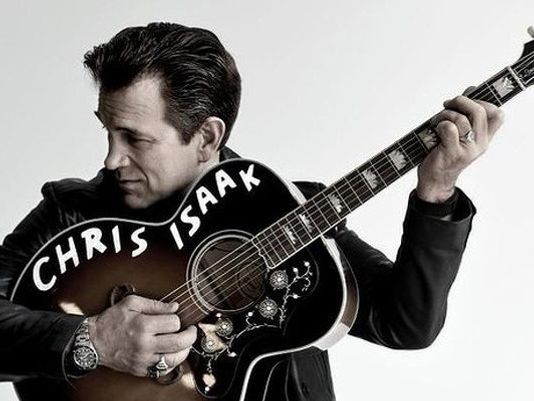 Bonus Video: Whether or not you watched the Showtime series, The Chris Isaak Show, you'll enjoy this little sample from YouTube.