Christone "Kingfish" Ingram - 662 Crushes It On New Music Friday; Amongst A Crowded Field Of Excellent New Releases On July 23rd (Including Jackson Browne, David Crosby, and Others) One Record Stood Out 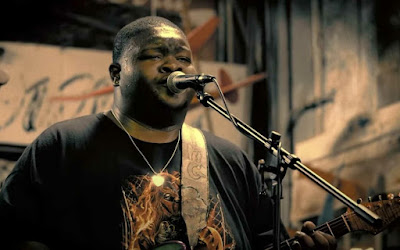 On last week's new music Friday, Jackson Browne delivered the long awaited Downhill From Everywhere, his most listenable album in years. Not only is the title track an environmental reference to the ocean (natch) but the whole record brims with joyous lead and slide guitar that will remind you of David Lindley.

Similarly, David Crosby came out with For Free, which also sounds as great as it was long awaited. Crosby displays his inner-Steely Dan with accompaniment of the velvet voiced Michael McDonald on the first track. He also sounds great doing Joni Mitchell's "For Free," with Sarah Jarosz.

As if that weren't enough, in-`demand Nashville producer Rodney Crowell released his latest album Triage, also long awaited. Triage is the latest in a long line of superior singer-songwriter albums of the country persuasion.

No one should be surprised that Capitol Records would release Glen Campbell's last live recording. What is surprising however, is just how good Campbell sounds on Live From The Troubadour. Despite the novelty of Campbell singing artists like Green Day and U2, he sounds good on his hits and the strength of this performance shows no hint of the Alzheimer's that would soon rob him of his career, then his life.

Not to take anything away from these and many more releases that shared July 23rd, one new release from that batch has me more excited than the rest. 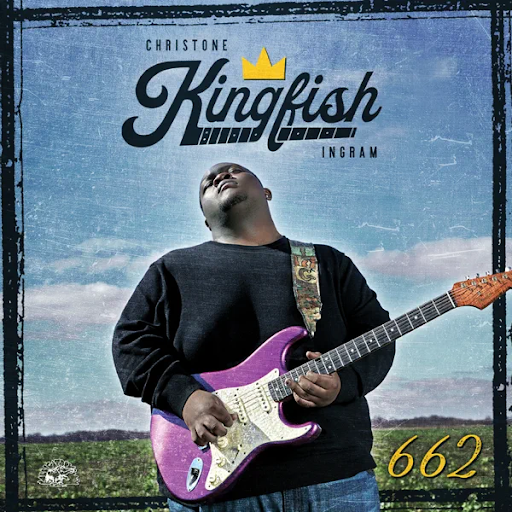 What do we know about Christone Ingram? We know that he is 22 and that this is his second album. Ingram plays like someone who might be twice his age, or maybe even three times. We know that he comes from the part of Mississippi that gives the album it's name, in that 662 is the area code for the part of the state that includes Clarksdale. We also know that he released his first album called Kingfish in 2019 and that it was nominated for Grammy consideration.

It's more than fitting that Ingram records for Alligator Records. When I listen to those periodic double disc collections released to celebrate their various anniversaries, I am always knocked out by the depth of the talent. It seems so right that this incredibly talented bluesman should add his name to that roster.

Listening to Kingfish, I'm reminded that artists like B.B. King, Taj Mahal, Keb Mo, Robert Cray, and George Thorogood all have one thing in common. On certain songs, either because of composition or performance, or maybe both, they all have the power to transcend their genre. I feel like that's happening on every track of 662.

In a recent excellent PBS documentary, Buddy Guy (Ingram's mentor) discussed conceptually what it means to have the blues and what happens when a musician plays or sings the blues. He concludes that when you sing the blues you lose the blues. That longstanding conundrum is not lost on Kingfish. There are many, many more artists that Ingram can cite as influences and inspirations (including some you may not expect) such as George Benson. But if you listen closely to 662 you can hear it.

It's not just that Ingram is good at it, but when you start this record, the title track comes first and (figuratively) leaps from your speakers, grabs you and shakes you as if to say this is totally exciting and different from most other records that you could play. I'm resisting the urge to go track-by-track, although I want to. I'll leave you to that joy for yourself. I will mention that there are some real gems on this record like "Too Young To Remember," with some sweet sounding guitar that evokes the memory of James Brown...

And, the best part is that "Too Young To Remember" is not an aberration, it's par for the course on this fine record. You may wish to note that track 14 is a bonus track by virtue of it having been a single called Rock and Roll. The song closes the album quite nicely, with a sentiment about selling ones soul for rock and roll.
Watch the video for the title track"662"