June 24, 2005
For the sake of comparison, here's what the real thing looked like. The image quality of these scanned 35mm slides doesn't compare with current photographic technology, but you can get the idea. Check the Slipperman costume then and now. This show was the second stop on the U.S. tour which had opened in Chicago the night before. The Lamb album had not yet been released in the U.S., so the audience heard the double album in it's entirety for the first time live. 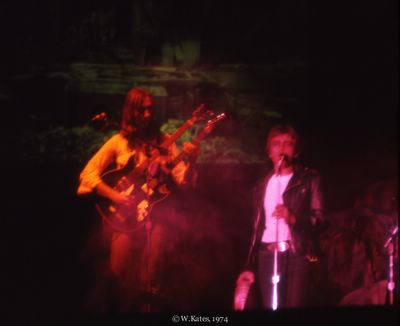 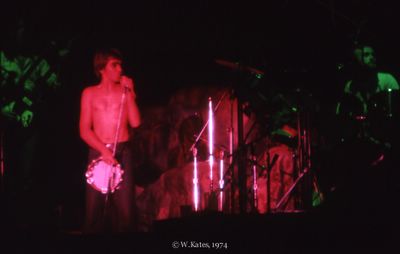 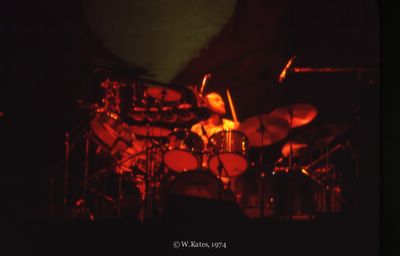 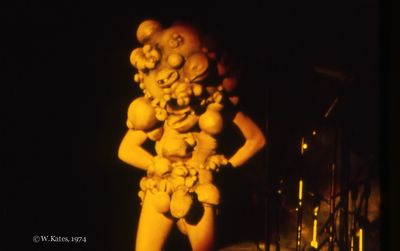 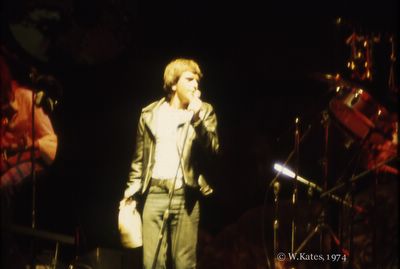 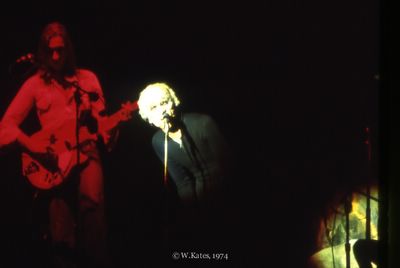 Jim Greider, our friendly local record store owner (The Peace Chief, Richmond, IN) gave both Dave and I imports of the Lamb album as we were leaving for Indianapolis to go to the show. We recorded the concert, but since we now had the album, we debuted the album on our college radio station, WECI-FM, the next night, in it's entirety, complete with Peter Gabriel's spoken introduction to each side, recorded at the concert. Good times, indeed.

William Kates said…
I received this note from Serge Morissette:

I just saw your photos of the Lamb concert in Indianapolis back in 1974. I have been working with The Musical Box since 1993 and I have been reconstructing the visual aspect of the show (I also produced the video of the slide show appearing on the Genesis 5.1 DVD).

Thanks for sharing them.

And this is my reply:

Thank you so much for your email. I was mightily impressed when I saw The Musical Box do The Lamb in Atlantic City, as you probably could tell from my blog (http://billsmusicblog.blogspot.com/2005/06/genesis-reincarnate-musical-box-trump.html)

Thank you very much for your info. It's people like you working behind the scenes and loving the music who make it something special. So, thanks also, for what you do. I will post your note as a comment on the blog.

All the best,
Bill

Dave the Rave said…
Great stuff, Bill. A fantastic show even if we were sitting there going wtf for most of it. I think this one one performance that everything went off perfectly with the slide show, costumes, etc. a rarity on the tour, I think.