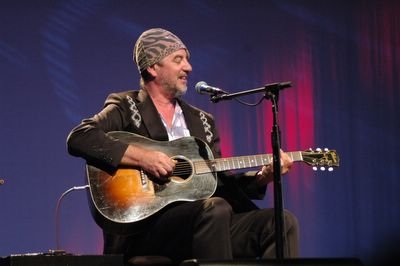 Nobody can take an empty stage armed with nothing more than a slightly beat up guitar and a microphone and totally transfix an audience quite like Greg Brown, which is exactly what he did tonight at the World Cafe Live. The downstairs venue was packed, and unlike most recent shows there, the crowd was reverent and respectful, no talking during the performance and no shouting out except when requested. 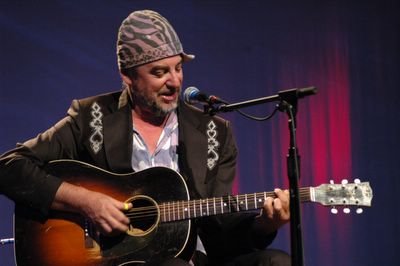 Another thing that no one does quite like Greg Brown is to meld folk, country, jazz and blues into a style that is uniquely his own, centered on acoustic blues. No matter whether he's singing his own compositions or covering songs by others, they all become Greg Brown songs when he sings 'em. Greg's open minded approach to live recordings has allowed his fans to really develop a high appreciation for what he does in live performance; he allows live recordings provided that they not be sold or posted on the internet. The result is that excellent concert recordings of Greg are shared by participants in his discussion group. From listening to a good number of such recordings over the past year I've come to realize that this man has an amazing grasp of American music of many different styles which he can draw from at will and combine with his own excellent songs to create compelling concert sets seemingly on the fly. Jerry Garcia had a similar well of country, folk, blues, jazz and bluegrass music to draw from and the Grateful Dead are well known for never doing exactly the same set twice; I believe the same can be said for Greg Brown. 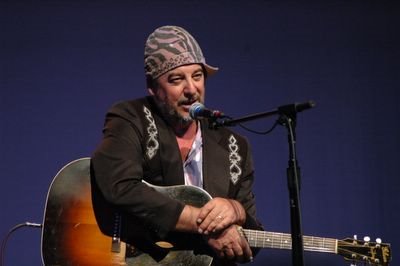 Tonight's set had lots of blues and lots of great covers of songs by Bob Dylan, Johnny Cash, Merle Haggard, Mose Allison, Robert Johnson, Son House, and Greg's wife Iris DeMent. Sometimes he doesn't talk much between the songs and just lets the music do the talking, as was the case when he played Irving Plaza in New York last year. Tonight however, he treated the audience to many great stories and detailed song introductions. At one point he asked if David Dye was still doing the World Cafe radio program (he does, and although they share the name by a licensing arrangement, the radio show and the venue are completely separate operations). Greg went on about having done that show many years ago in a tiny little room (at WXPN's old building) and how David asked about how he came up with his songs and he answered with something about getting telegrams from people under the ground. He went on to joke about artists trying to explain the songwriting process, ending up with the conclusion that "life is mysterious." 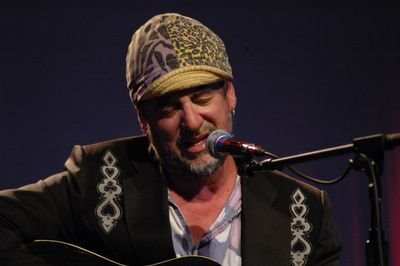 After playing a Mose Allison song, "Ever Since the World Ended" he told a great story about wanting to write a tribute song to Allison and finally finding the right inspiration at the Dingo Bar in Albuquerque New Mexico. While he was waiting to go on at this dive, he noticed a picture of Mose Allison on the wall and wrote the song right there in the Dingo Bar. After telling the story, he did the song, "Mose Allison Played Here". Later in the set he asked if there was anything anyone wanted to hear and he was deluged with requests from the audience to the point that he was reminded of another great story I'd heard him tell once before on one of the concert recordings. It had to do with someone telling him after a show, something to the effect that "I bet you couldn't play longer than I could listen." Well, the next night at a party he wound up putting this claim to the test, and when everyone else had gone, he was still playing and the guy was still listening until about 4am when the guy began to keel over. He then ended the set with his song "Jesus and Elvis" after which the appreciative crowd brought him back for two encores. Remember to click on each photo to enlarge. All photos © W.Kates, 2006. 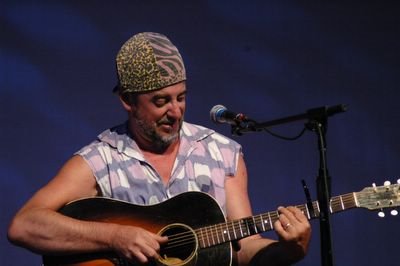 Thanks for posting the long description of Greg's show. As a Deadhead and long-time Garcia *and* Brown fan, I also appreciate your pointing out how Jerry and Greg both meld together American musical styles into a beautiful new blend.

I'll link from my blog to yours, too, so that my friends can read your beautiful piece.