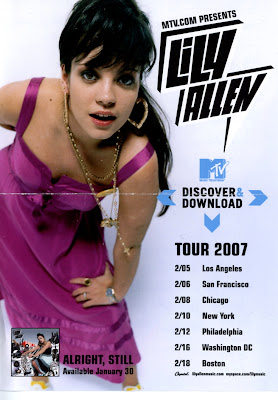 Lily Allen's first tour of the states came through Philadelphia tonight, stopping at the sold out TLA. The delightfully abrasive cheekiness that makes Lily's myspace blog posts so refreshingly funny seems impossible for an artist with the degree of success she has already amassed in her native Britain. In concert she spits, she drinks, she smokes, she belches, she dances, she bounces, she liberally uses the f-word, and she sings her heart out with joyful abandon; she does all this with such cuteness and charm that the entire package is both unlikely and compelling. 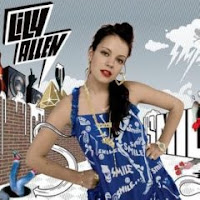 I didn't catch the names when she introduced her band, but this group of keyboard, guitar, bass, drums, trumpet, trombone and saxophone played the hottest reggae and ska groove for a group from outside Jamaica since the early days of the Hooters before they signed to Columbia. These guys killed it on every song. Lily was awesome too, nailing every song while dancing around the stage like she owned it, seeming as if she's been doing this forever. The songs which all sound good and catchy on the record really came to life in live performance, giving the sold out house a musical thrill ride. The crowd was even totally into the opening act DJ, to a degree that reminded me school dances in the junior high gym. 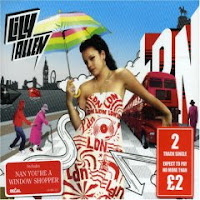 She opened with "LDN", which sounded just amazing with the live horn section. She did eleven of the twelve songs on Allright, Still plus two single b-sides "Cheryl Tweedy" and "Absolutely Nothing". Mid-set she did a pair of covers that she called her acoustic medley, the Keane song sounding really great in her reggaefied interpretation. She closed with "Smile" her big hit that is so addictive that it keeps on sounding great no matter how repetitively you listen to it. For her encore she came back with a great sounding Specials cover and closed with "Alfie" which also killed live. "Alfie" with it's humorous video seemed seriously goofy when I first heard it but I must admit it's growing on me by the day. Lily Allen is truly a unique talent and her show was great fun. 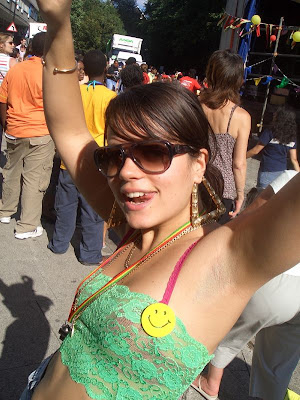 There would be photos from the show posted here but my camera didn't make it past the door; cameras were supposedly allowed, except for cameras with detachable lenses. The thinking behind a policy that allows cameras, just not good ones is a baffler. Photos ©Lily Allen. 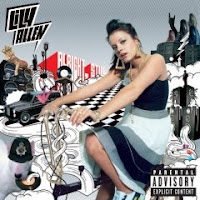