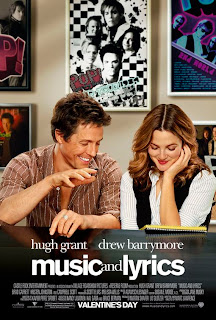 It may be kind of a cliche to open a romantic comedy on Valentine's Day, but the timing of the release may be about the only thing that's cliched about Music and Lyrics. I don't think either Hugh Grant or Drew Barrymore have ever been better in a movie. The script (most movies' downfall) is smart, funny, and when it comes to the music business it skewers the things that need skewering in a very funny way and it deals with the music business without dumbing it down in the slightest. 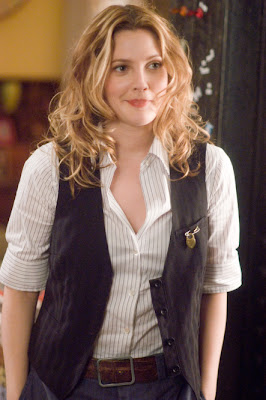 The good writing is no accident. A quick look at the filmography of writer/director Marc Lawrence reveals that his background is screenwriting, the success of which has apparently afforded him the opportunity to direct. He wrote Life With Mikey (1993) which featured Michael J. Fox, The Out of Towners (1999) remake with Steve Martin and Goldie Hawn, Forces of Nature (1999) with Sandra Bullock and Ben Affleck, Miss Congeniality (2000) and Miss Congeniality 2: Armed and Fabulous (2005) both starring Sandra Bullock. His directorial debut came with Two Weeks Notice (2002) which he also wrote, featuring Sandra Bullock and Hugh Grant. 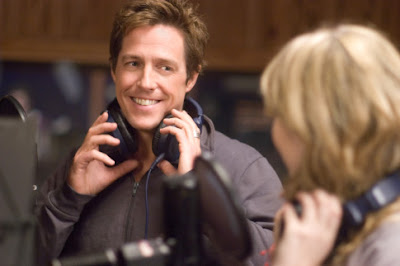 Hugh Grant plays Alex Fletcher, an eighties has-been singer. Drew Barrymore is Sophie Fisher, a complex and brilliant writer who comes to Grant's attention by happenstance when she comes to his apartment to water his plants, filling in for the normal service person. She happens to be there when the paid hack lyricist begins to assist Grant in writing a song commissioned by Cora, a major teen pop star who travels complete with posse. The songwriting opportunity offers Grant's character a quick ticket back from has-been land where he is stuck playing amusement parks and high school reunions.

The supporting characters are well cast as well. Brad Garrett is great as the manager and will be well known to many viewers as the three time Emmy winning actor from Everybody Loves Raymond. Multi-award winner Kristen Johnston (Third Rock From the Sun) does a fine job as Drew Barrymore's older married sister who is also a huge fan of Hugh Grant's eighties band. Haley Bennett makes an impressive film debut as the teen singing star whose "people" tap Hugh Grant and Drew Barrymore to write her next hit. Haley is also recording her first album as a singer in real life. 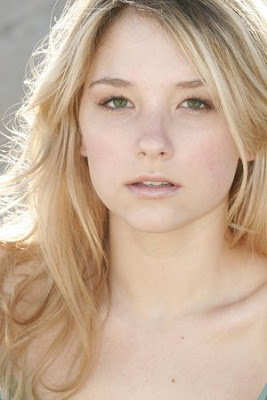 All of the original music is just perfect for the story - it was a great choice to use Adam Schlesinger (Fountains of Wayne) for this. And shockingly, the credits reveal that Hugh Grant and Drew Barrymore did all their own singing. The movie opens with a video of the big hit by Grant's band from the eighties and both the video and the original song are spot on perfect. The same video appears again during the end credits with VH-1 style pop-ups that are so funny it's almost impossible to follow who did what. 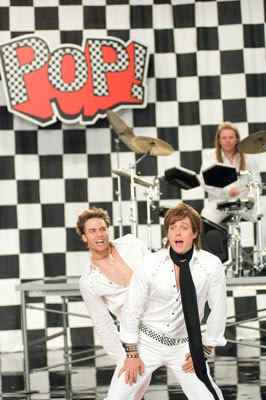 I can find almost nothing to nitpick in Music and Lyrics. The first kiss is slightly cringeworthy and the finale requires a wee suspension of disbelief, but overall this is a major winner as both a romantic comedy and as a music movie. It's right up there with High Fidelity (2000), School of Rock (2003), and Love Actually (2003), which are all movies that excel in many of the same ways. I thoroughly enjoyed Music and Lyrics. 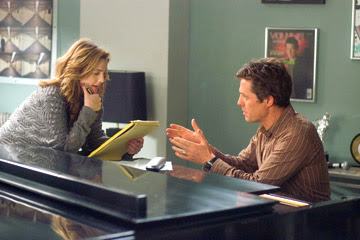 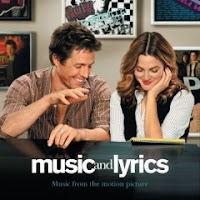