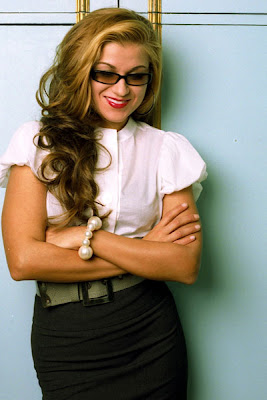 (Photo courtesy of The Glee Club)

Just catching up with Melody's blog Chateaux du Gardot, in which she describes her London debut last fall thusly:

On Wednesday November 14th, I flew over to sing with the BBC London Orchestra with a slew of other massive talent such as the incomprable Ian Shaw, Lizz Wright, Claire Martin, Juliette Louis, Terri Walker and Jamelia just to name a few. We were performing a tribute to Ella Fitzgerald called "We All Love Ella" (Also a record out now....) as the kick off event for the 2007 London Jazz Festival at Royal Festival Hall in South Bank Centre. This, playing with a full orchestra on a gigantic stage with some of the best performers not just in London, but in Jazz in general, was my London debut.

Two days later she recorded an episode of Live from Abbey Road for season two, airing later this year on the Sundance channel. Season one was awesome and with Melody, season two can't be anything but magic. Her appearance was part of a Herbie Hancock segment performing the songs of Joni Mitchell (as on his latest Grammy winning CD) that also includes singers Corinne Bailey Rae and Sonya Kitchell. Melody sang "Edith and the Kingpin". 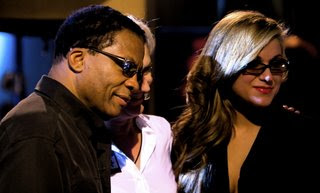 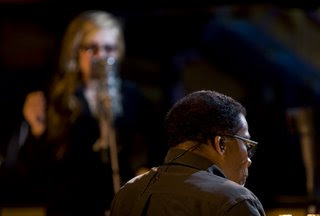 On April 1st, Melody appeared on David Dye's World Cafe syndicated public radio program for an interview and live performance which you can listen to here at the NPR Music website. She did three songs for the program plus one extra song for the website.

On April 29th Melody performed on the BBC program Later with Jools Holland, a great live performance show. It is tragic that we don't get this show in the U.S. except for sporadic reruns of old shows, and maybe Melody's performance will eventually wind up on youtube, but for now, here's Melody backstage at the BBC during makeup before the show, discussing her injury and the role music played in her recovery.

Finally, here's a video Melody posted last week, filmed May 6th backstage at a venue called The Glee Club in Birmingham, England. This video includes a performance of "One Day". Enjoy.

Melody's tour schedule continues in Europe and the U.K. through July, then she returns for performances in the U.S. during August. 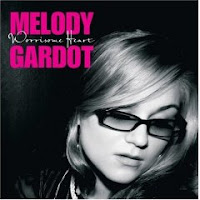 Danyelle said…
why has her blog disappeared. to spend all that time typing on it and then remove it is just weird....
5/15/2009

Anonymous said…
The two photos shown here that were taken on the Herbie Hancock session for the Live from Abbey Road series are copyright of Andrea Hunnisett.
6/03/2013