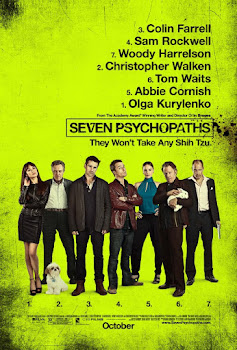 It's ingeniously written and directed by Martin McDonagh and stars Colin Farrell as Marty Faranan, the struggling screenwriter. The movie is quietly funny in a way that plays off the viewers' own sense of the absurd. Watch the opening scene in which two hit men are engaging in dialogue in a manner befitting the Sopranos or a Tarantino movie. Michael Pitt from Boardwalk Empire plays one of the hit men. We'll pick this up after you watch the scene. 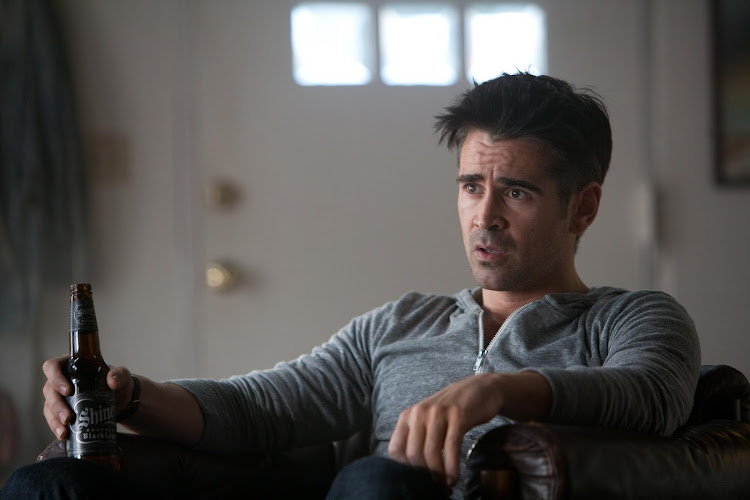 The masked gunman who shoots the hit men drops a jack of diamonds playing card next to each body (the Jack of Diamonds Killer) as the soundtrack plays "The First Cut is the Deepest", and a typewriter types on the screen, "Psychopath #1". This is funny even before we hear Marty bat ideas around with his best friend Billy Bickle, played by Sam Rockwell, ideas like a serial killer who only kills other serial killers.

Not content to just send up the conventions of crime dramas, McDonagh plays with the motivations and philosophies too. Marty wants his movie to be non-violent, and comes up with the idea of a Buddhist psychopath. After a while he crosses out "Buddhist" and writes "Amish", then, after thinking about it, scratches "Amish" and makes it "Quaker". The scenes that follow have a stereotypical old fashioned Quaker looking so menacing that the contradiction is just perfectly ridiculous. 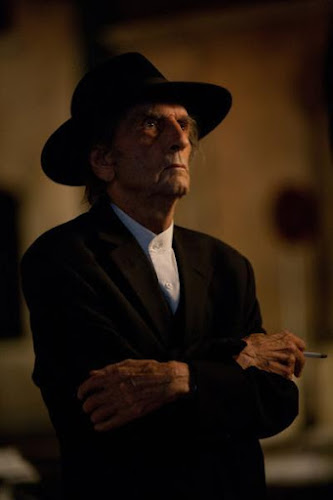 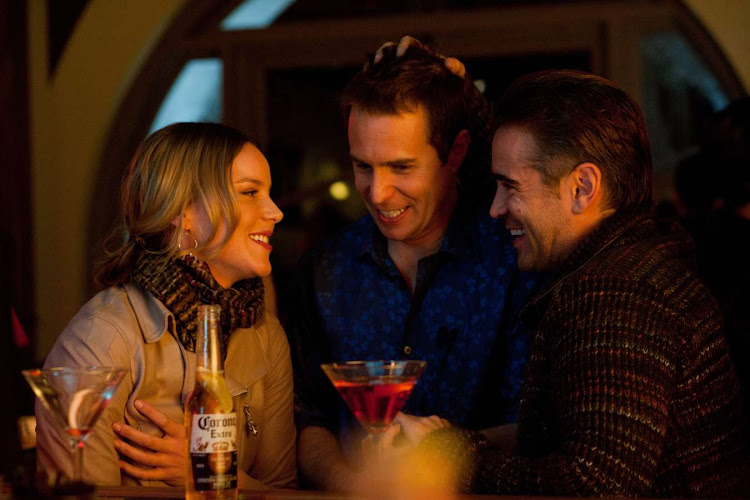 The supporting cast is excellent. Australian actress Abbie Cornish is so crazy talented that it's almost a shame that as Marty's girlfriend, she's only in a few scenes in the first reel. Billy is a psychopath too, and he's involved with Christopher Walken, looking his psychopathic best as Hans Kieslowski, named as an apparent nod to Krystof Kieslowski, one of the greatest film directors who ever lived.

Hans and Billy steal dogs, returning them to their owners after a few days for the reward. Billy is sleeping with Angela, beautifully played by Olga Kurylenko. Angela is also sleeping with deranged mobster and psychopath Charlie Costello (Woody Harrelson). Billy steals Charlie's dog (a Shih Tzu), much to Angela's dismay, and infuriating Charlie. 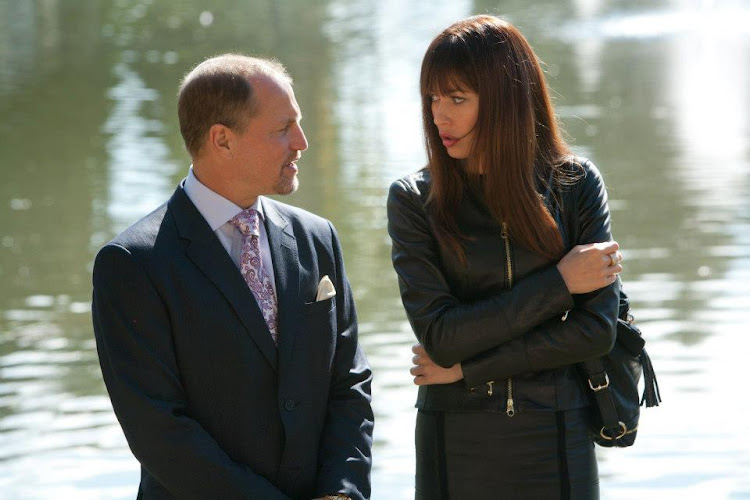 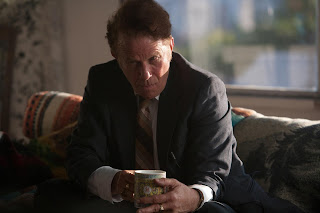 In a sweet side plot, Tom Waits is cast as Zachariah Rigby, a psychopath who answers an ad that Billy "helpfully" placed in the newspaper, looking for "psychopaths to call and share their 'crazy or quirky stories' for a movie script." Charlie's heavy handed attempts to get his dog back, lead inevitably to "the big shootout" which partially takes place in front of a sign that says "No Shooting". 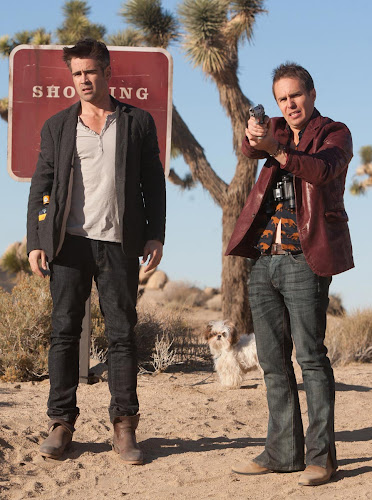 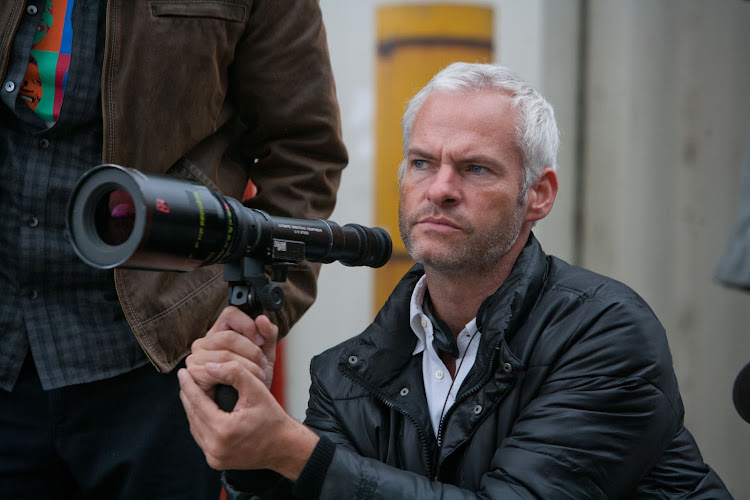 Colin Farrell is perfect in the leading role. This is his second project with Martin McDonagh writing and directing, they previously worked together on In Bruges, a similarly themed story of a couple of hit men hiding out in the beautiful Belgian city that gave the movie it's name. The black comedy in that movie was a little darker and bloodier than in Seven Psychopaths, but no less biting or dead on.

The genius of Seven Psychopaths in the writing. Some scenes are unquestionably the creation of the Marty character, but what about the psychopaths who populate Marty's reality? They are also the product of a screenwriter's imagination, one who is also writing a movie called Seven Psychopaths. The movie really gets good when you realize that the movie has folded in on itself and the line between the movie you are watching and the movie-within-the-movie dissolves to the point that they are one and the same movie. 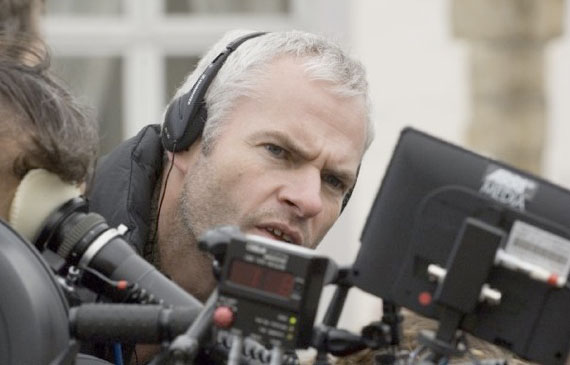 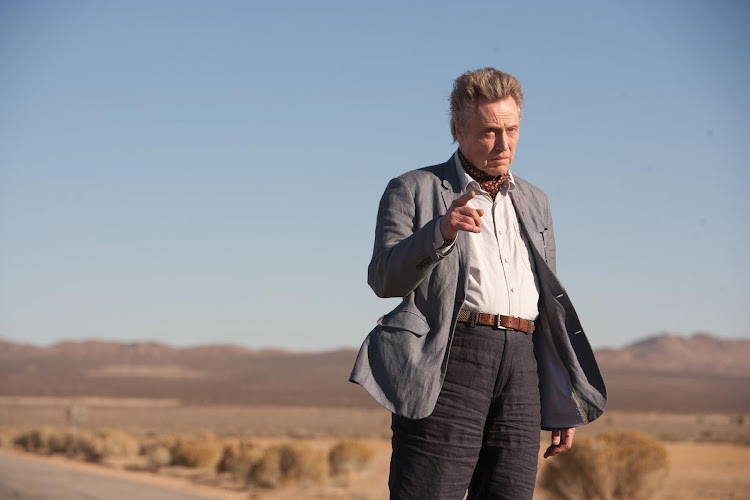 Writing like this doesn't come along every day. It is comparable to the writing achievement of The Sixth Sense, in which writer-director M. Night Shyamalan wrote a script that played one way (high suspense with a surprise ending) the first time through, and then it got even better on repeat viewings. Shyamalan's genius is that every scene plays differently once you know the ending; the scenes are better, more intense.

There's no surprise ending in Seven Psychopaths, but there is one hilarious scene that takes place after the credits start rolling, so you who who get up to leave or turn off your disc players at the first sign of credits (you know who you are) are going to miss it. Seven Psychopaths is comparable to The Sixth Sense in that the writing is so artful that the first time around it's good at face value, but it gets exponentially better, and funnier, with each successive screening. 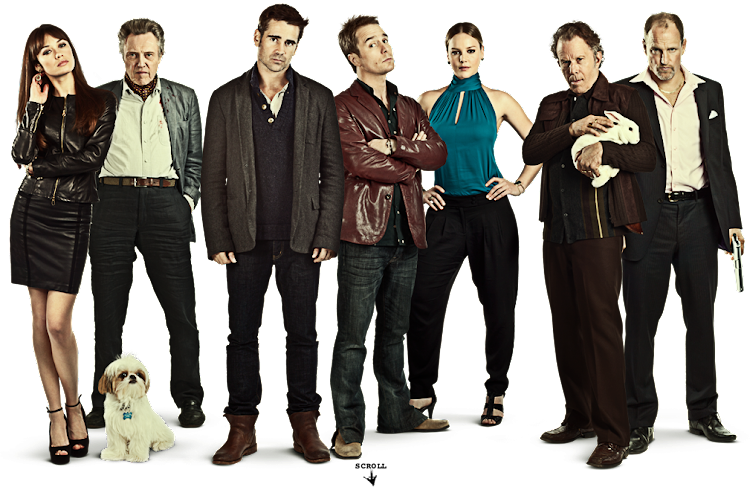