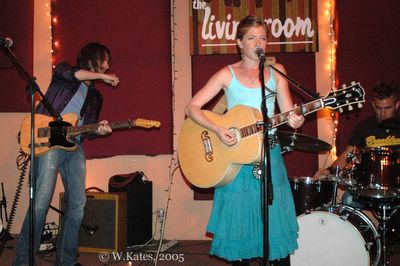 We stayed to check out Jess Klein as her set followed Jon Randall's at the Living Room and we were treated to a somewhat rare full band performance by this singer-songwriter, previously only familiar to me by way of two songs on Peter Malick's Norah Jones album, Chance and Circumstance

which expanded the Norah Jones mini-album to a full length by adding two songs each by four additional female singer-songwriters.

her latest and fourth full lenghth CD contains a song (the title track) that the New York Daily News has deemed "one of the top ten sexiest songs of the moment." On first listen one might think that the Daily News may have overstated the case; it sounded more like a love song to strawberries than anything too terribly sexy, unless you're into that sort of thing (not that there's anything wrong with that). The first half of the set was fairly soft singer-songwriterly tunes, some with band and some solo acoustic. 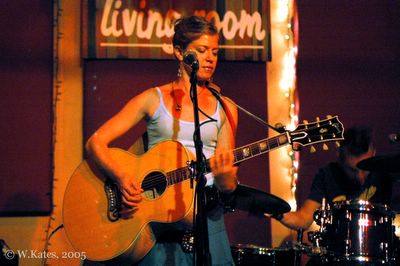 When they shifted gears on "Soda Water" it was surprising not only because the song was already familiar from WXPN airplay (without knowing who it was) but it almost seemed like a different singer had taken over Jess' body. The slightly tentative soft singing voice that characterized the first part of the set, was transformed into that of an experienced, confident blues singer, reminiscent of Susan Tedeschi or early Bonnie Raitt. The excellent band, consisting of bass, drums, and Marc Copely on guitar totally killed on the bluesy material as well. Maybe it was partially due to having heard the tune before, but "Soda Water" really sounded great, performed live with this band. 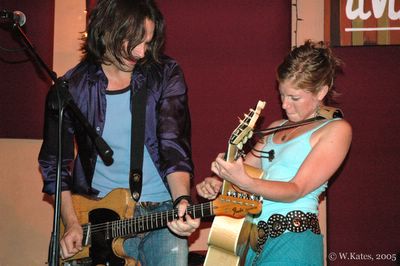 The set took off from there, with the singer and the band seemingly inspiring each other to new heights on each successive song. "Willing to Change" came next, also sounding great, followed by a cover of Willie Dixon's "The Same Thing" which was a total knockout by both Jess and band, with some superb guitar work by Copely. "Little White Dove" ended the set quite nicely and I for one was impressed. Thanks to Jess for providing the setlist. 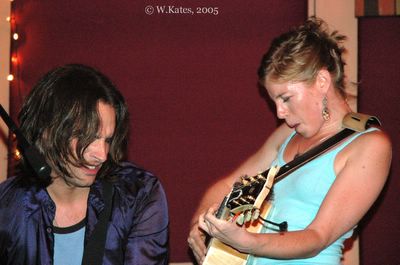 According to Jess, the version of "Soda Water" playing on WXPN prior to the release of the current album was most likely a live version that she and Copely played during a visit to the station. The title track notwithstanding, I'm definitely interested in hearing the rest of Strawberry Lover as well as the earlier albums. Here's hoping to hear lots more blues from Jess Klein. 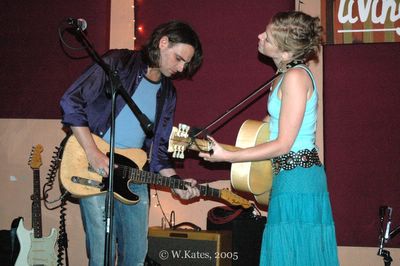