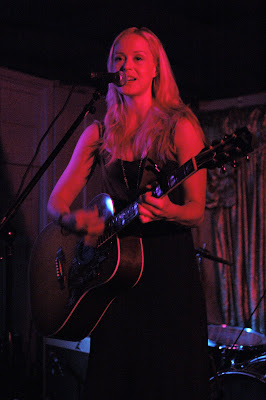 The night before last Tina Dico played a sold out show at Joe's Pub in New York City, one of the best venues that an artist can play. But tonight in a booking that was borderline bizarre, Tina played a superb set at Philadelphia's Khyber. Home to mostly loud indie bands, the Khyber is about as far to the other end of the venue spectrum as one can get from Joe's Pub.

Listen to - "Cruel to the Sensitive Kind" 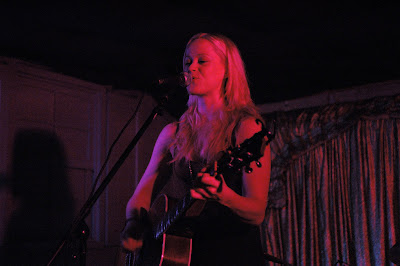 Tina was the consummate professional; not fazed by the grungy room, not fazed by the almost non-existent lighting, not fazed by having no soundcheck, not fazed by monitor sound that seemed to have a mind of it's own, and not visibly fazed by the din of conversation coming from the bar in the next room that threatened to drown her out, even though her voice and guitar were amplified, Tina was (to paraphrase Elizabeth & the Catapult), absolutely, totally, perfect. 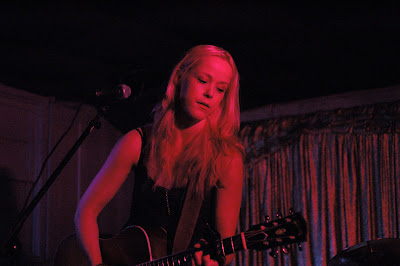 Performing solo acoustic as she usually does here in the states, Tina played a welcome sampling of tunes from her latest album, Count to Ten,

including "You Know Better", "On the Run", and "Cruel to the Sensitive Kind". The title track "Count to Ten" sounded extra powerful with the addition of a backing track, and she closed with "Sacre Coeur" all from the new record. 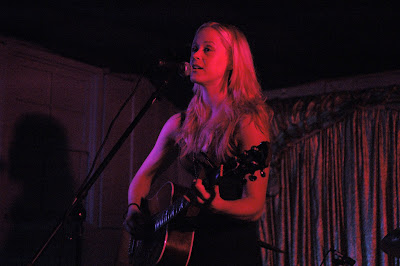 Tina sang a medley of some of her earlier tunes including "Break of Day", "My Mirror", and "Headshop". "Warm Sand" got a complete performance, and Tina bravely sang "Room With a View" mostly acapella, in spite of the huge noise coming from the bar. Tina brought copies of the new CD to sell, and an enthusiastic group of fans lined up after the show for a word and an autograph. 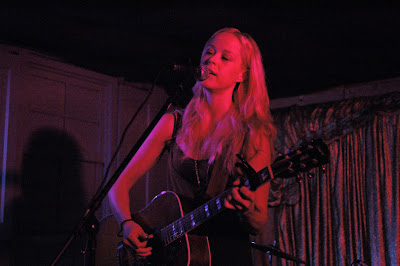 Tina's talent is such that when she plays and sings, it forms a direct connection to the audience that totally transcends the venue and there was never a better example than tonight at the Khyber. Even though she might have been better off playing at the Tin Angel or World Cafe Live (where she's played before), it was great to have Tina back in Philadelphia in any case. 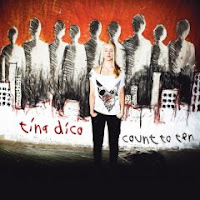 Buy Count to Ten at Amazon. 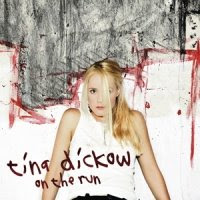 On the Run (Danish CD Single)

infotaupe said…
Hey, cool post!.I was there too, posted it on my blog too(infotaupe.blogspot.com) if you want to take a look. Was also at the Rockwood the week before!. Wasn't it weird how few we were? She was great anyway.
Great taste, keep it up!!
5/12/2008

Anonymous said…
Great post! Love Tina, saw her in Ann Arbor. I just found a duet she did with someone she was on tour with in Germany...performer named AM and Tina did a cover of "While My Guitar Gently Weeps". They sound amazing together, AM has it posted on his page myspace.com/amsounds, I found it on iTunes too. I looove Tina, keep up the good posts!
7/04/2008

William Kates said…
Thanks Nora, that's a great find. Their version of "While My Guitar Gently Weeps" is quite nice with violin and of course, Tina. I haven't run across AM before, he seems to be part of the Hotel Cafe contingent, his disc of duets looks highly interesting, will have to check it out further. Thanks again for writing.
7/05/2008