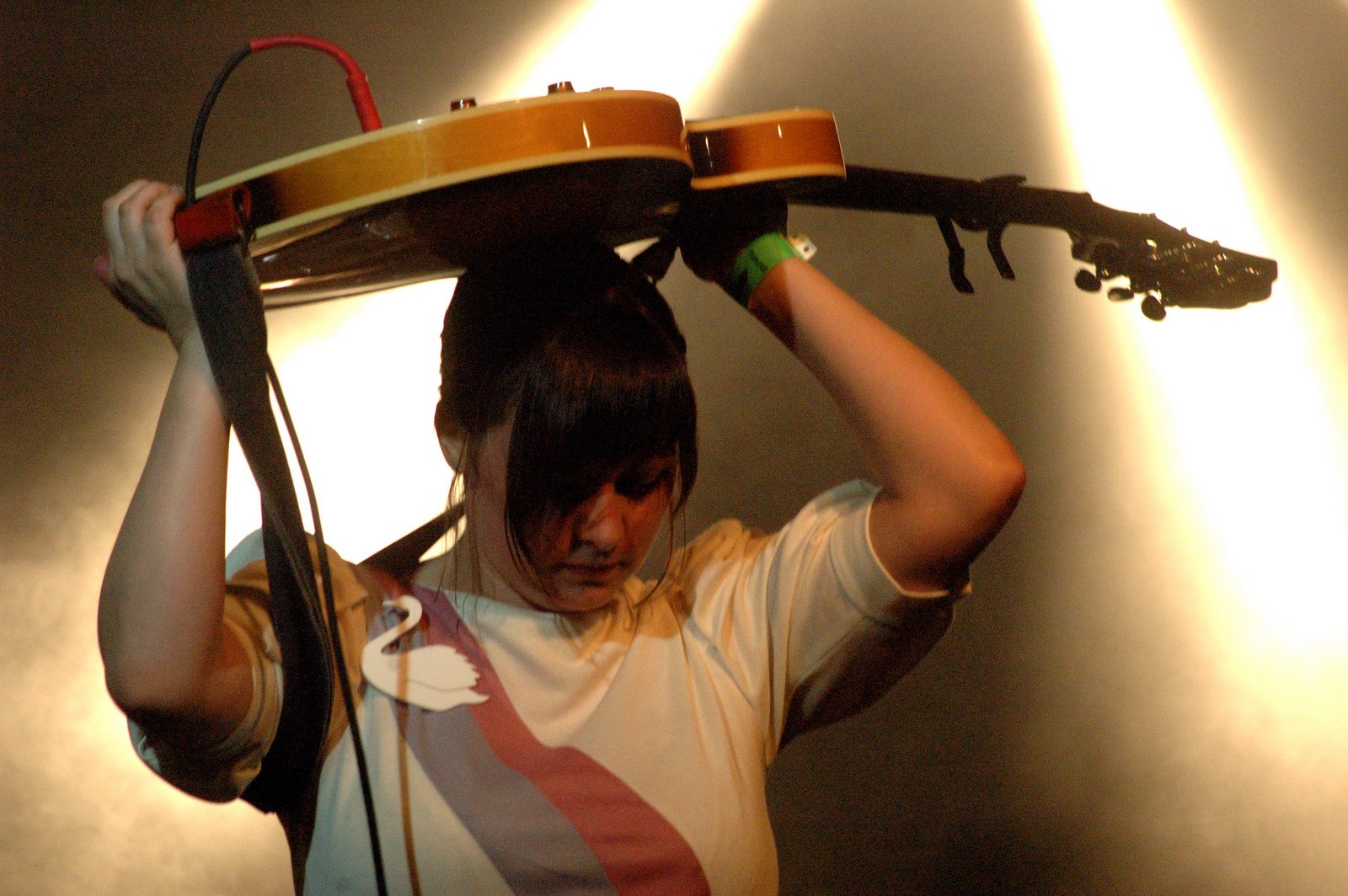 Day three began early with a panel discussion which was not only highly interesting, but altered the course of the night's events, more below. Leaving the convention center, there were two day parties with excellent food going on at Brush Square Park. First up was the "Listen to Berlin" party featuring several German bands with bratwurst sandwiches and German potato salad, a group called Popular Damage was a fun listen during lunch. On the other side of the square, it was the Aussie BBQ with a slate of bands and singers from Australia and more BBQ. I caught a couple of up and coming new artists there including one who is apparently about to hit the states in a big pop/rock way, Gabriela Cilmi. The afternoon was rounded out nicely with some great music courtesy of D'Addario Strings at the Rusty Spur.

It was a full night of showcases, actually squeezing two half hour sets into the 8pm hour and still having time to hoof it across town to La Zona Rosa to see Camera Obscura. This is a Scottish band who has been around for about ten years but somehow I'd never connected with them until hearing a song off their forthcoming album at the panel discussion this morning. The song, "French Navy" is a delightful tune that sounds both fresh and new and yet at the same time has elements of a great sixties pop record. After the panel I checked the schedule and they were on this evening during a time that could fit into the plan, and the show was a highlight of the festival (among many). The photo above is Tracyanne Campbell of Camera Obscura at the end of their show. Lucie Silvas, a great British singer-songwriter who is yet to be released in the states, did her "first proper gig in the U.S." here tonight and it was another highlight of the week. I'd been wanting to catch John Wesley Harding for a good number of years but it never worked out until tonight. Here's today's list, live links to show pics and descriptions is coming soon.

When I got to the end of the band list yesterday, a song caught my ear and I'll have to give them lyric of the day honors. This is the very last entry on the band list, a fun sounding band from Philadelphia called Zolof the Rock & Roll Destroyer, the song is "Death or Radio". It looks like the schedule won't allow seeing them here, but I'll hope to catch them sometime back in Philly. Warning this can easily get stuck in your head.

Let's hold hands and listen to shitty bands,
Tossing records out the window,
Now it's either death or radio,
Who are you and where did you come from.

Listen to Zolof the Rock & Roll Destroyer - "Death or Radio" 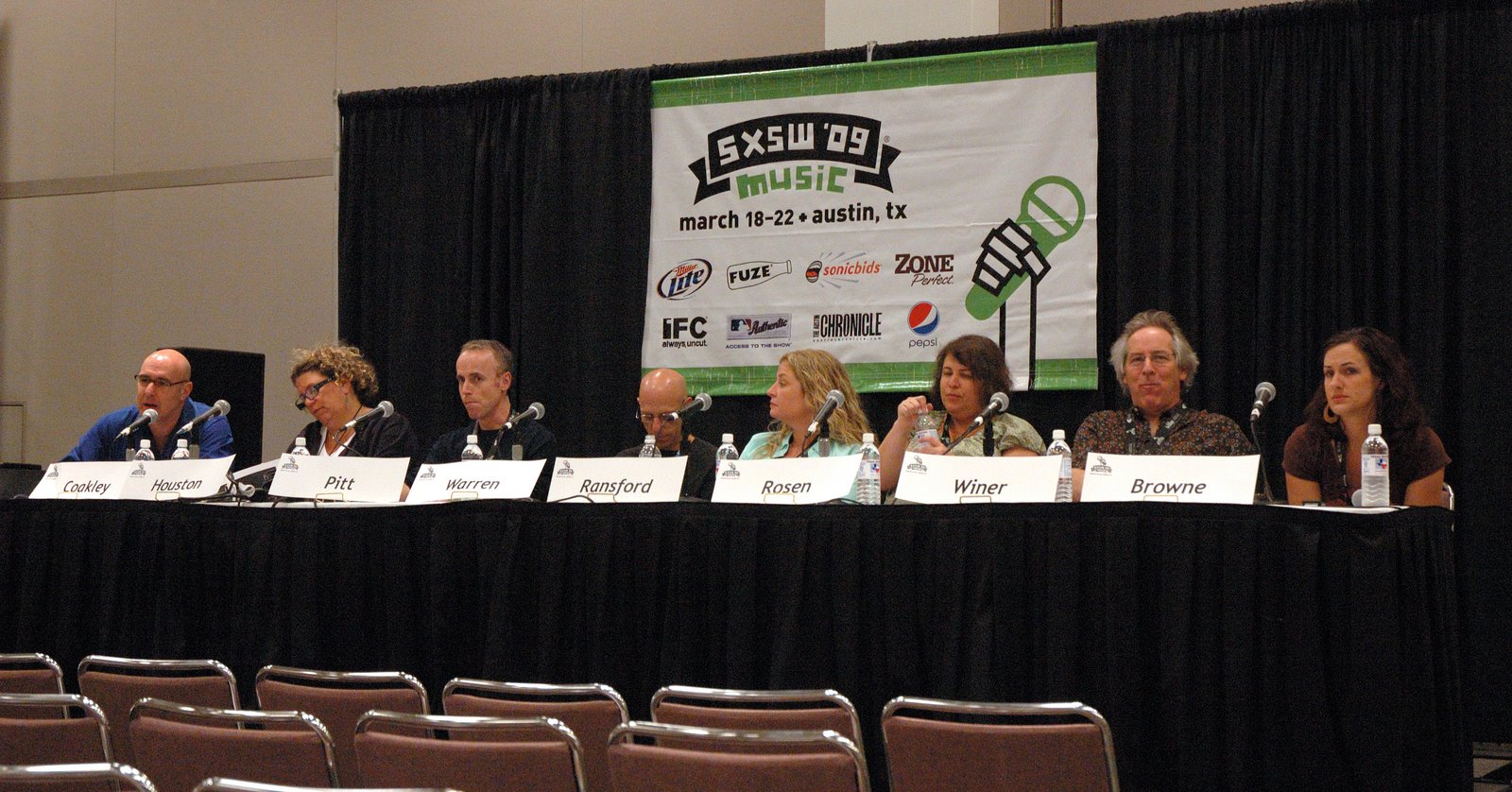 Find out how music decisions are made by some of the most important gatekeepers at radio, television, film, and advertising. They (and you) will listen to 10 unreleased songs and grade their potential for their stations, shows, films, or commercials. Host Sean Coakley (Owner, Songlines) will moderate, and a roving mic will prowl the floor searching for your input.

The panel consisted of Heather Browne (Editor/Music Writer, Fuel/Friends), Rita Houston (Music Dir, WFUV), Jim Pitt (Talent Exec, NBC), Kelly Ransford (Music Dir, KFOG-FM), Amy Rosen (Grey Worldwide), Bruce Warren (Program Dir, WXPN), and Norm Winer (VP Programming, WXRT/CBS Radio). The songs and the discussion were very interesting, great to hear Bruce Warren and the other radio folk discuss the issues surrounding what to play and not play on their stations. Both the panel and the audience had cards showing 1 though 10 to hold up after each song was played and the comments from the audience elicited more interesting conversation with the panel. It was a well spent morning, with the giant plus of being able to catch up with Bruce Warren and Jim Pitt afterward and to tell Jim about Chrissi Poland and how he will one day book her to sing on Conan O'Brien's Tonight Show. It was also a good day for walking around pictures, here are some random shots. 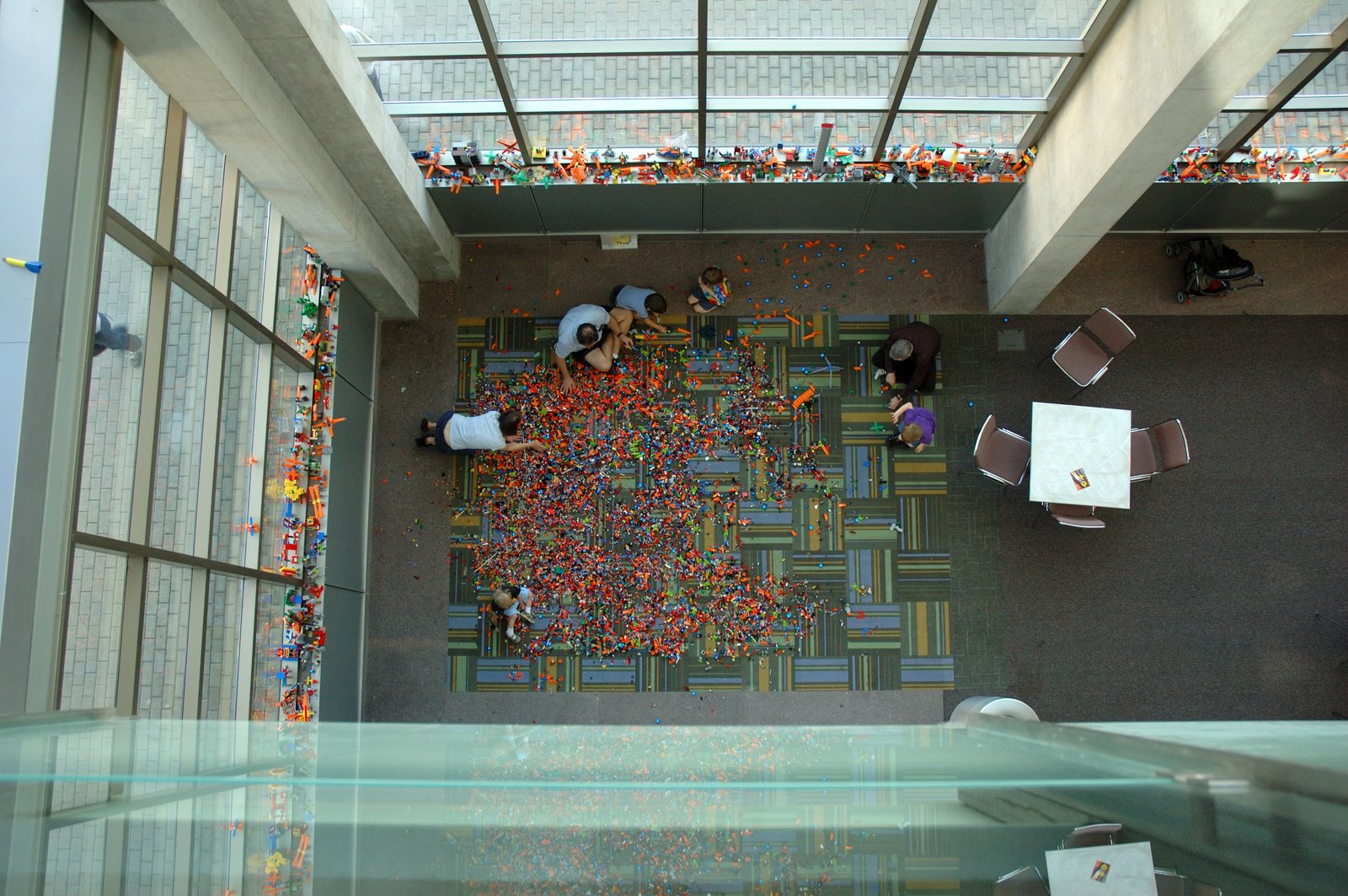 Lego Corner in the Austin Convention Center during SXSW. 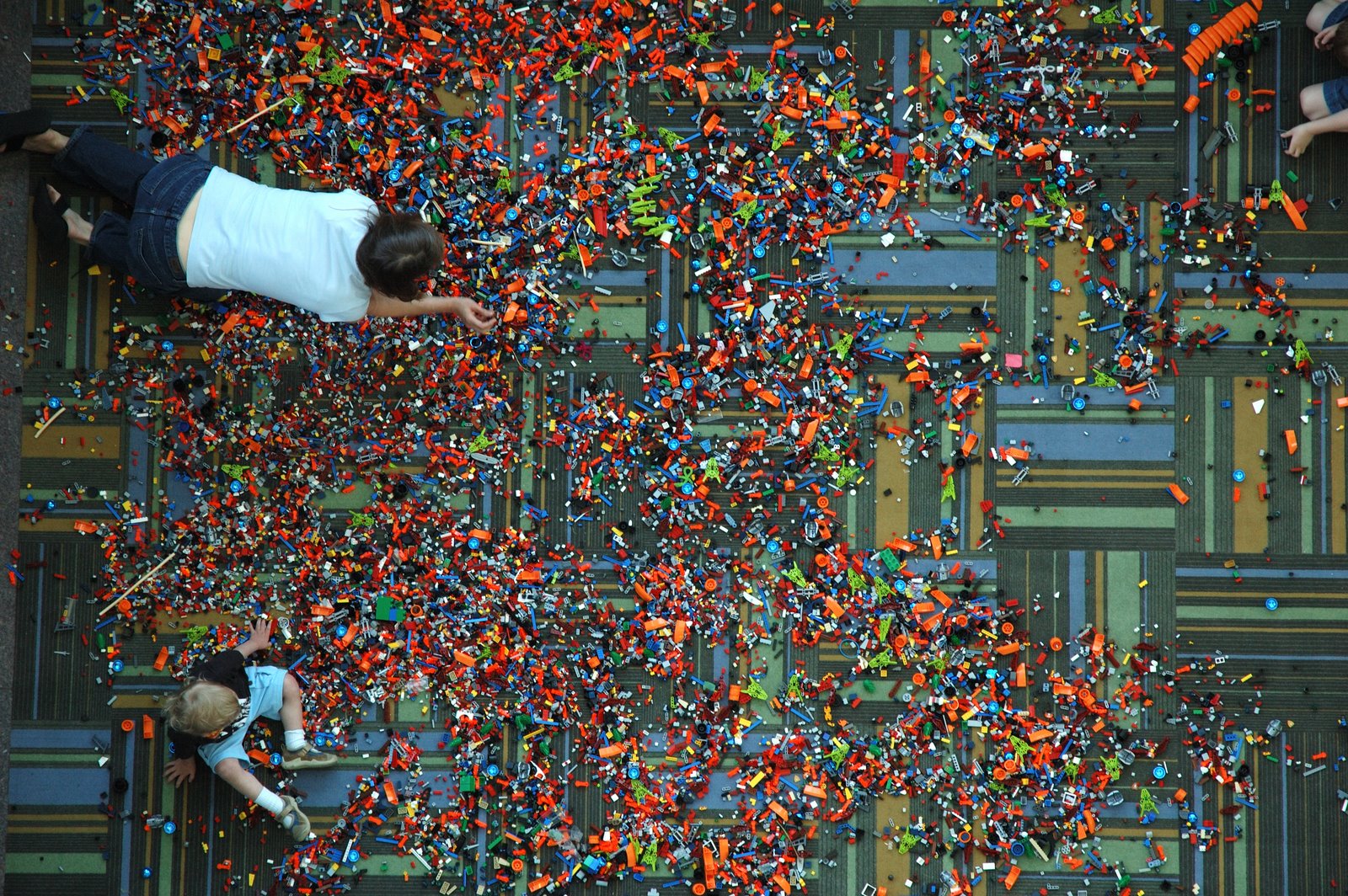 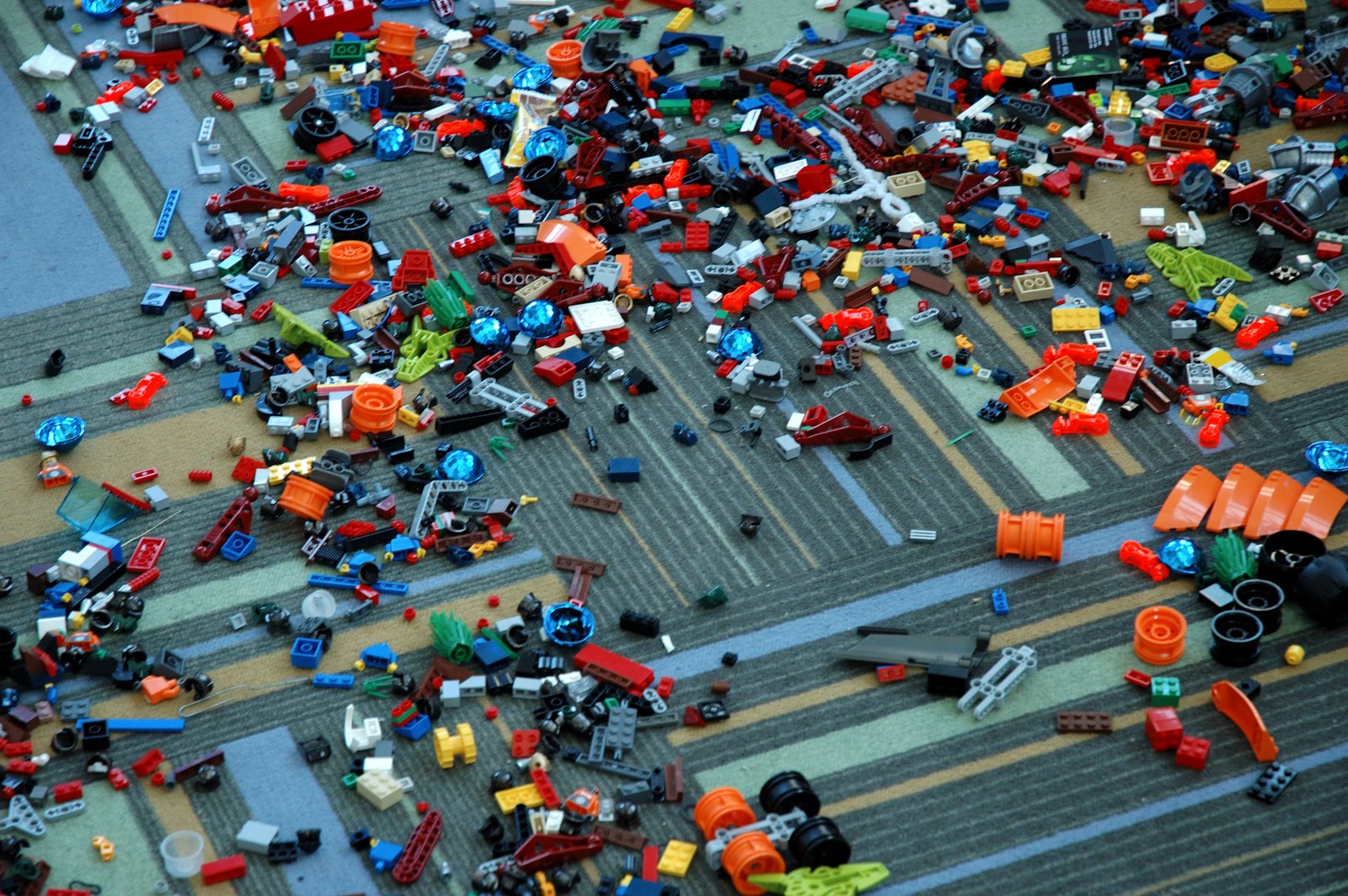 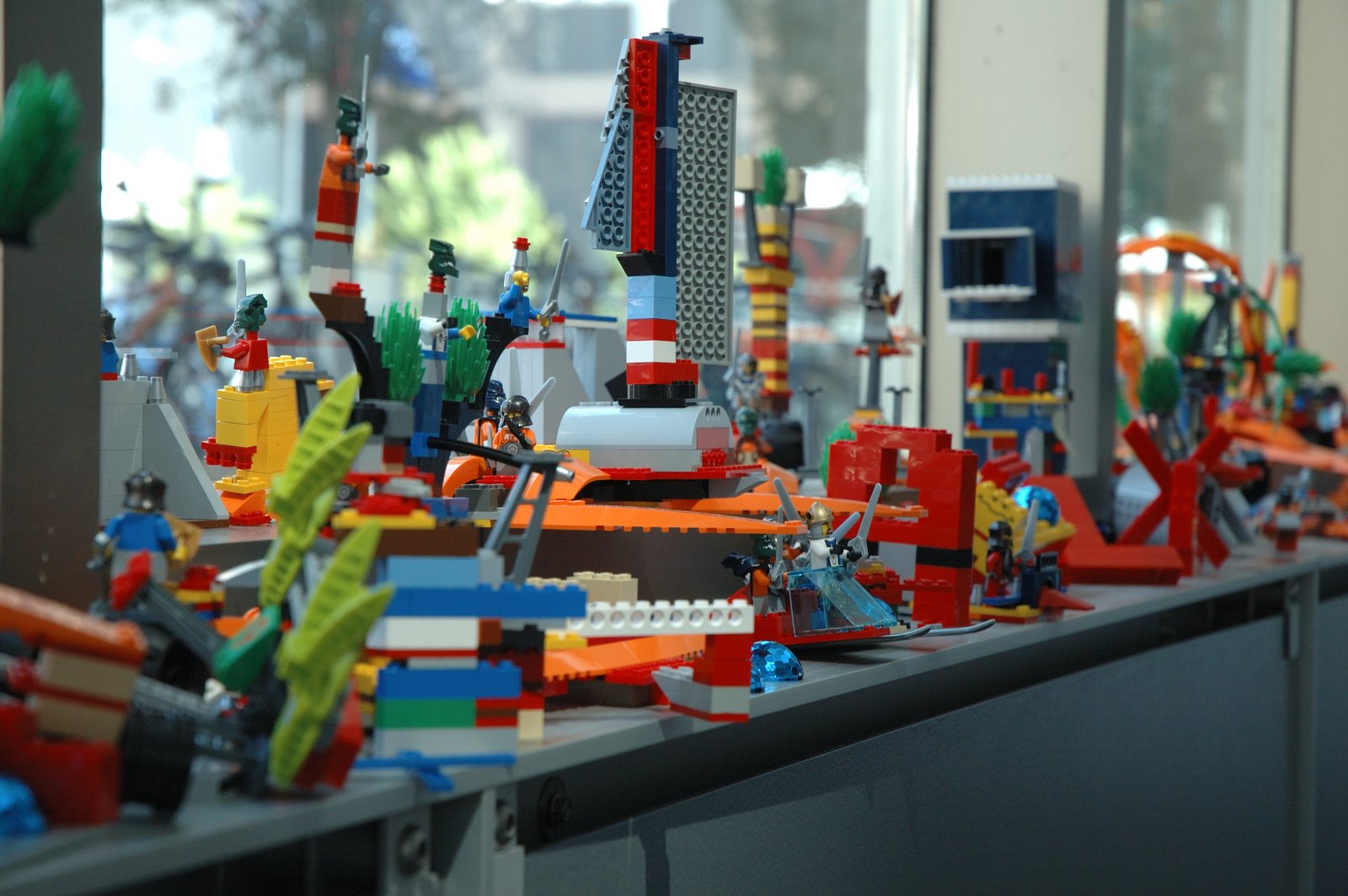 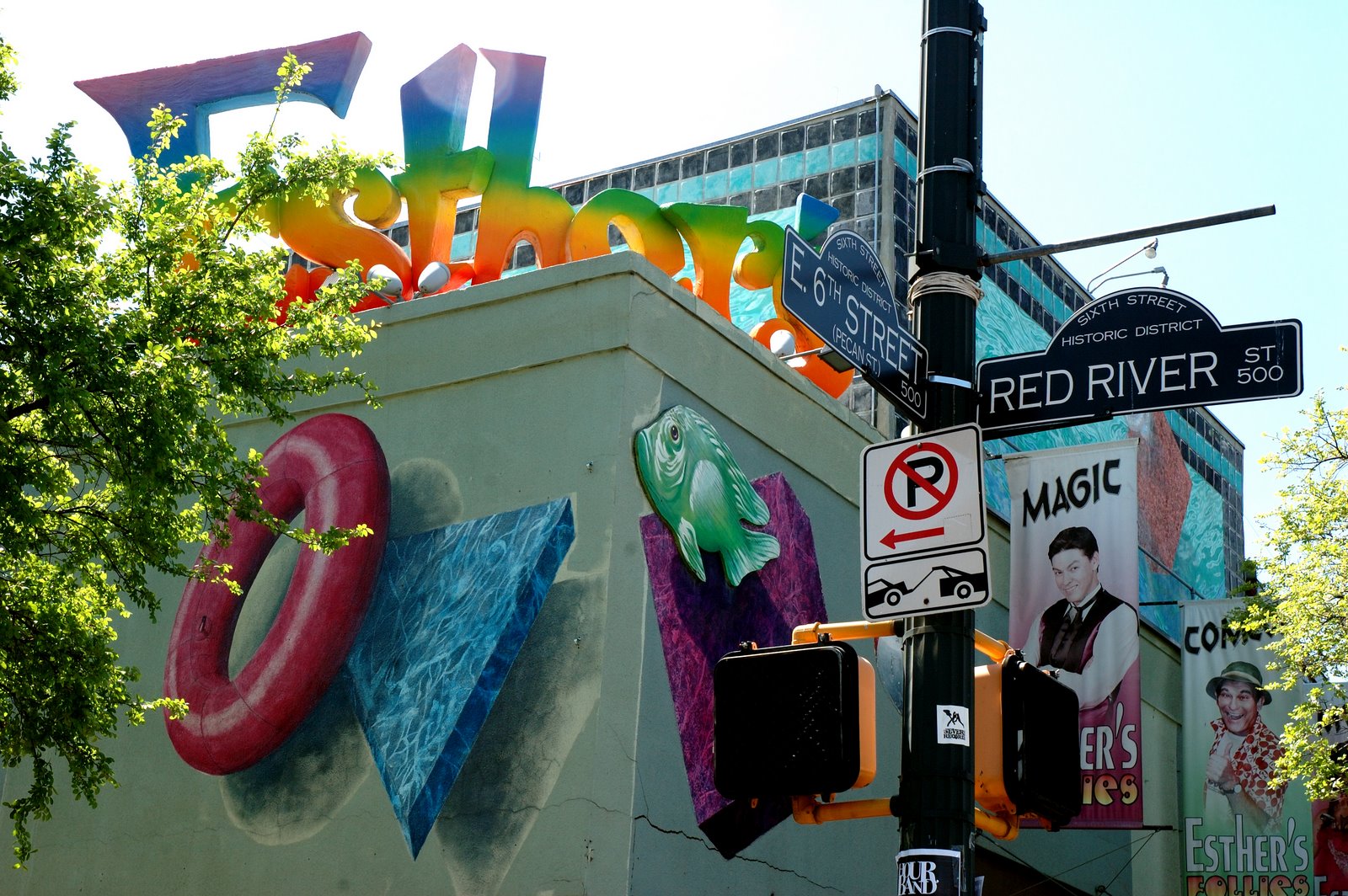 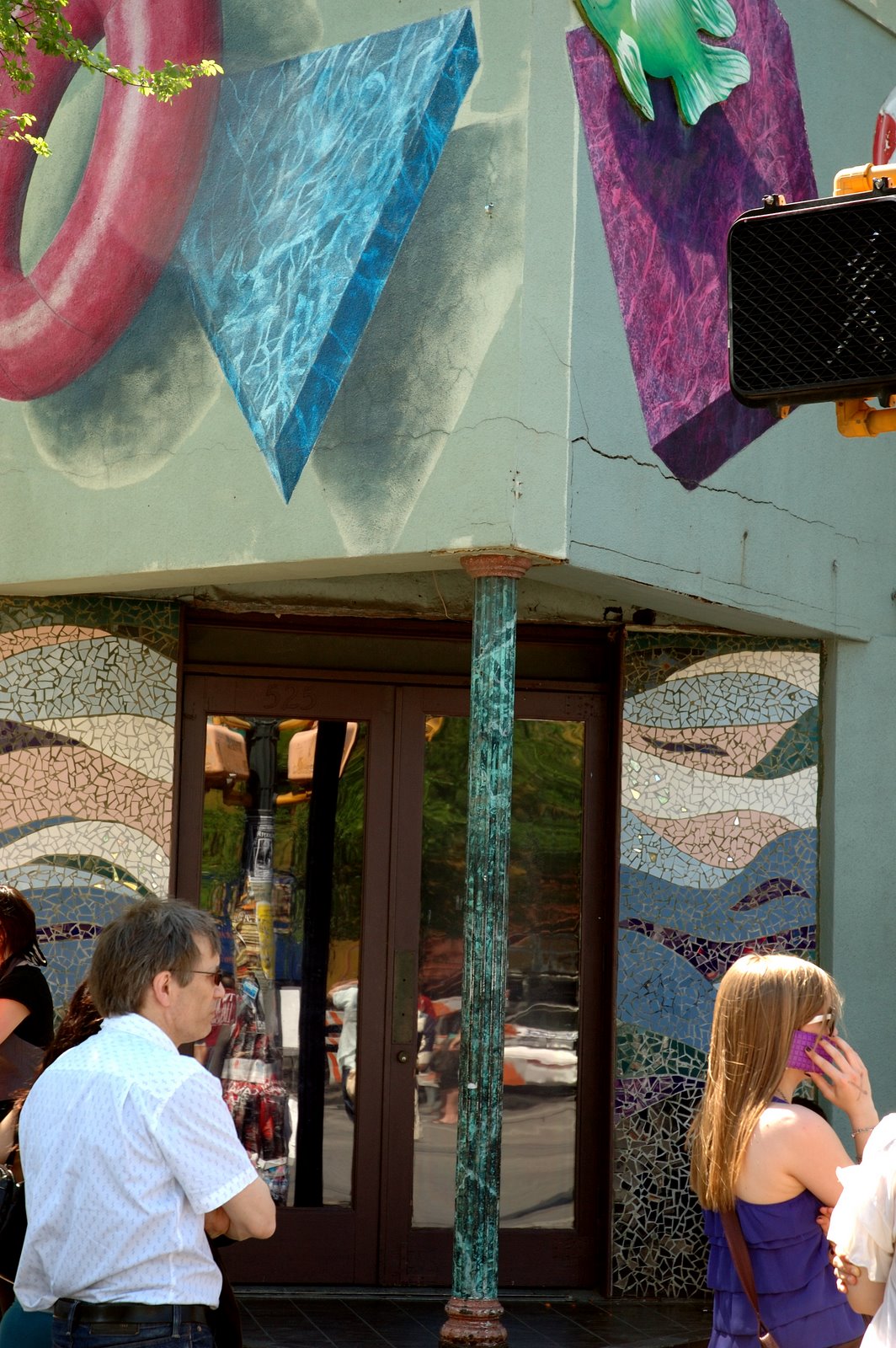 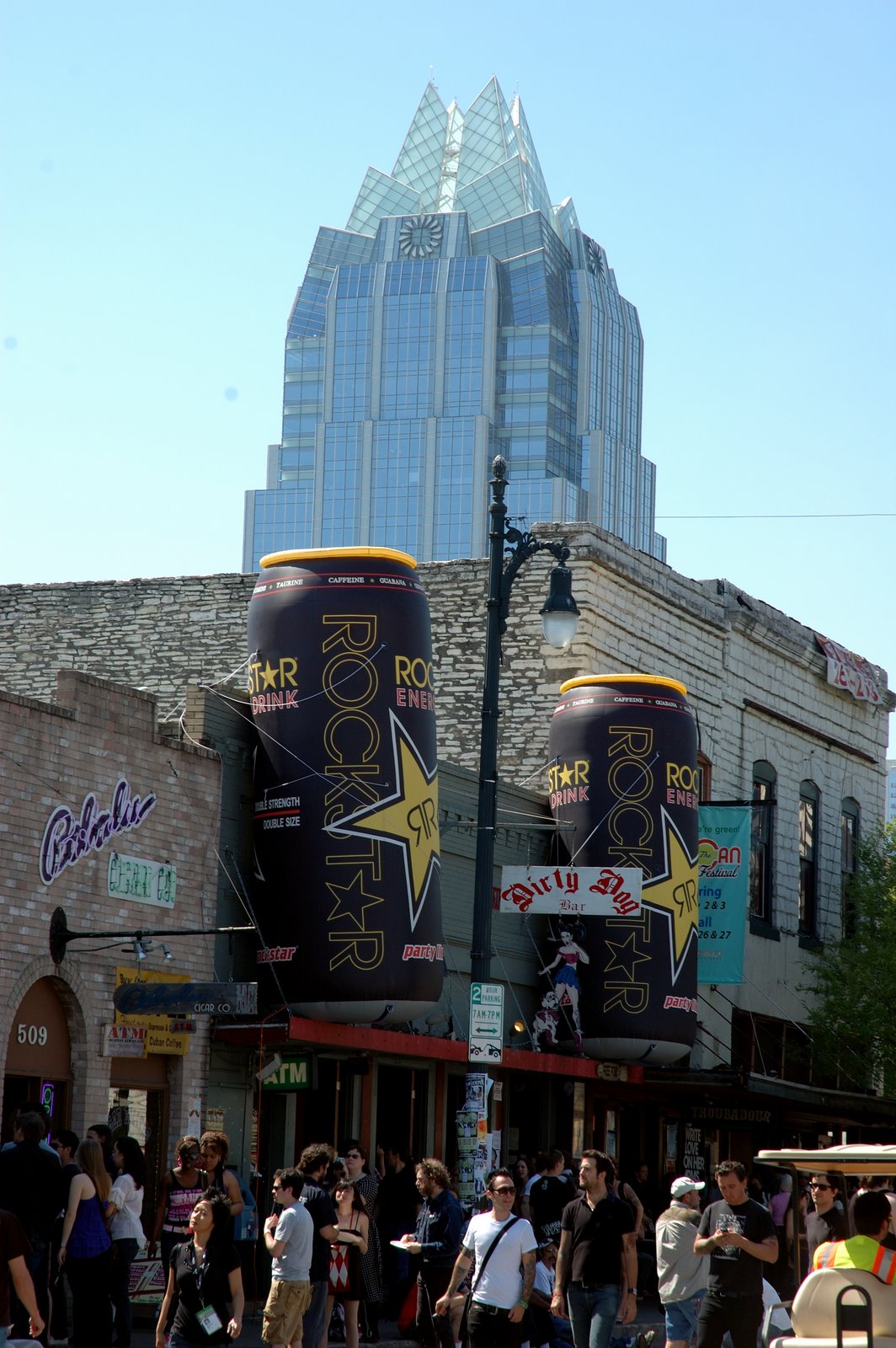 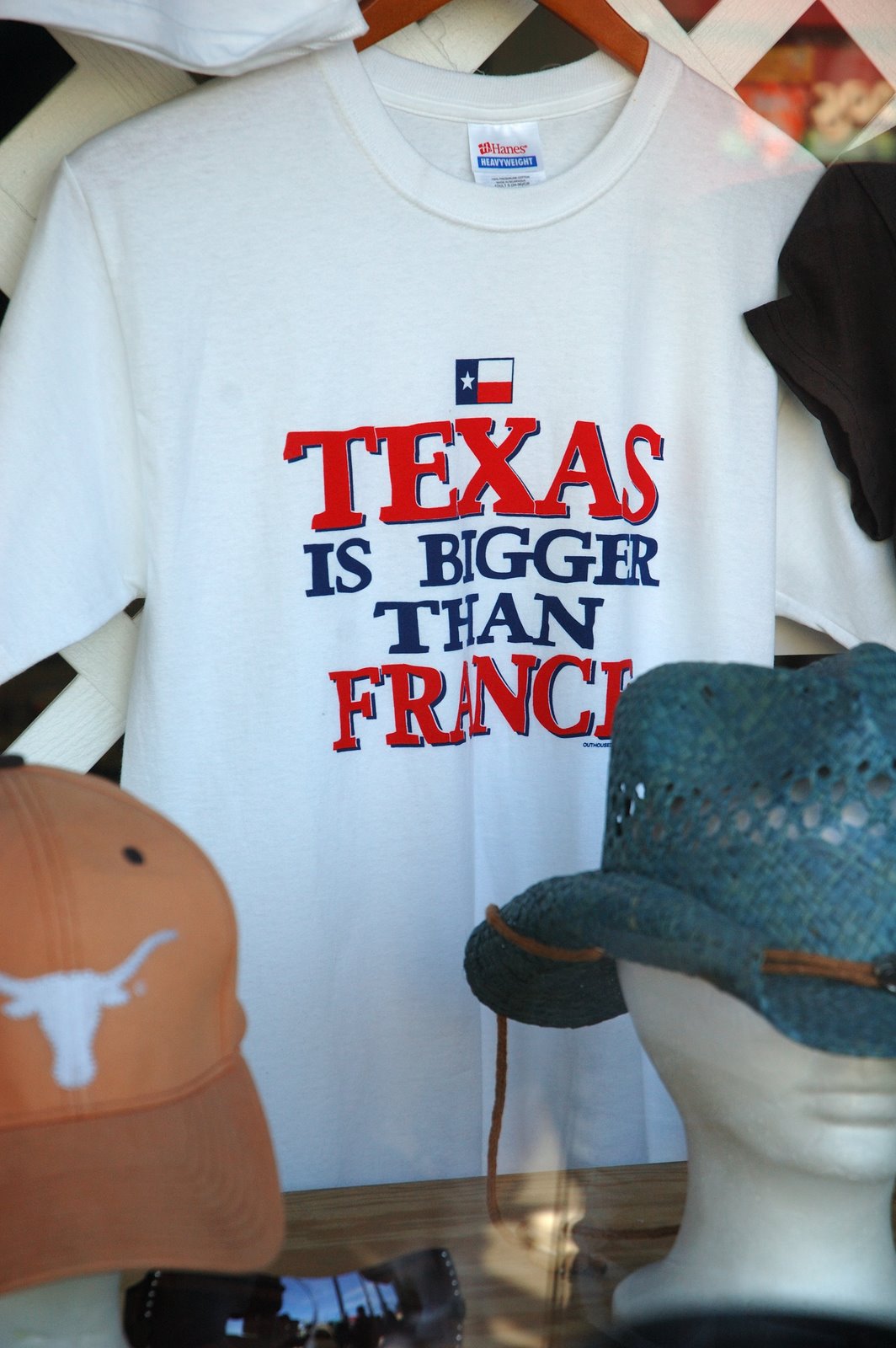 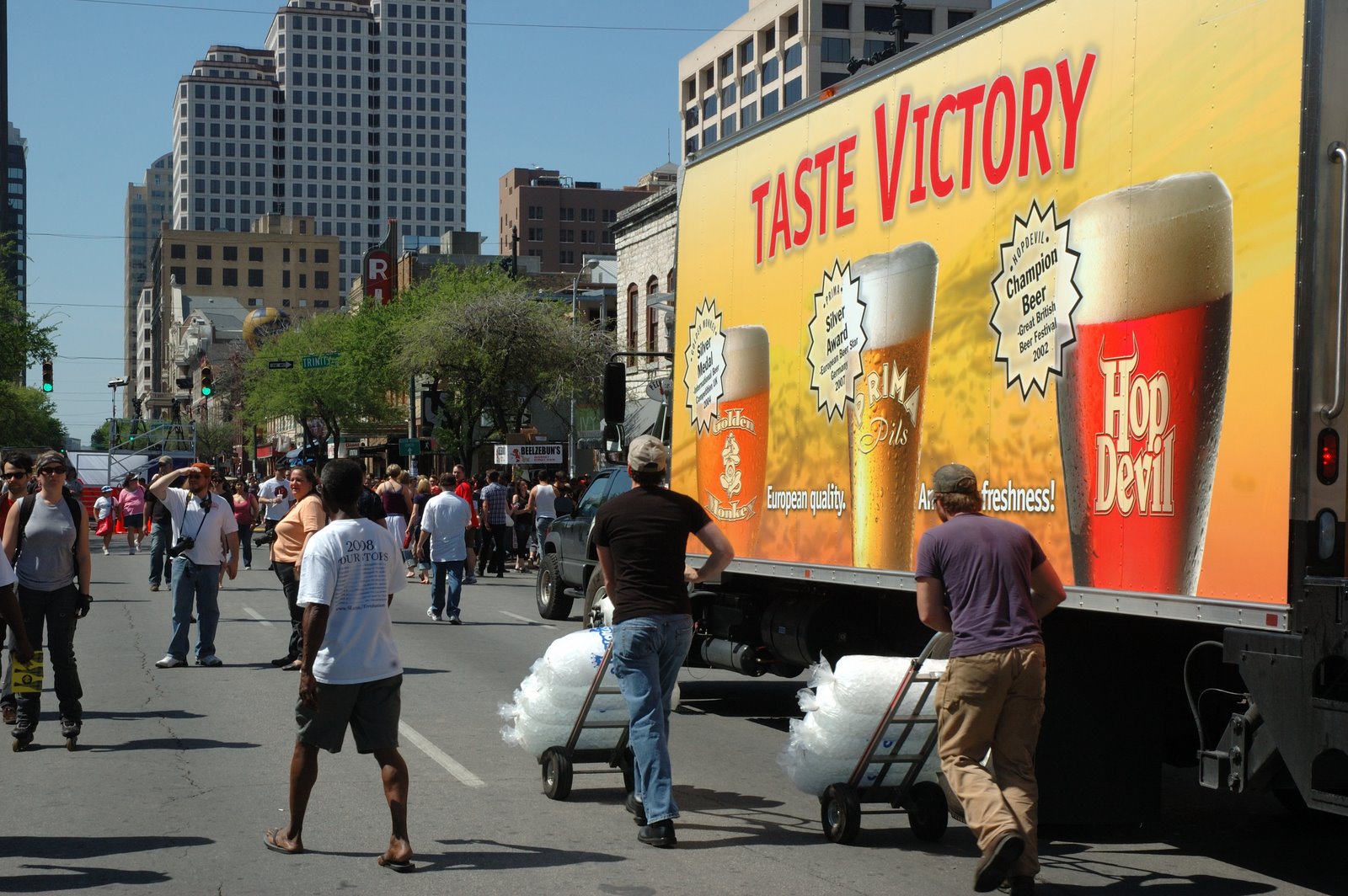 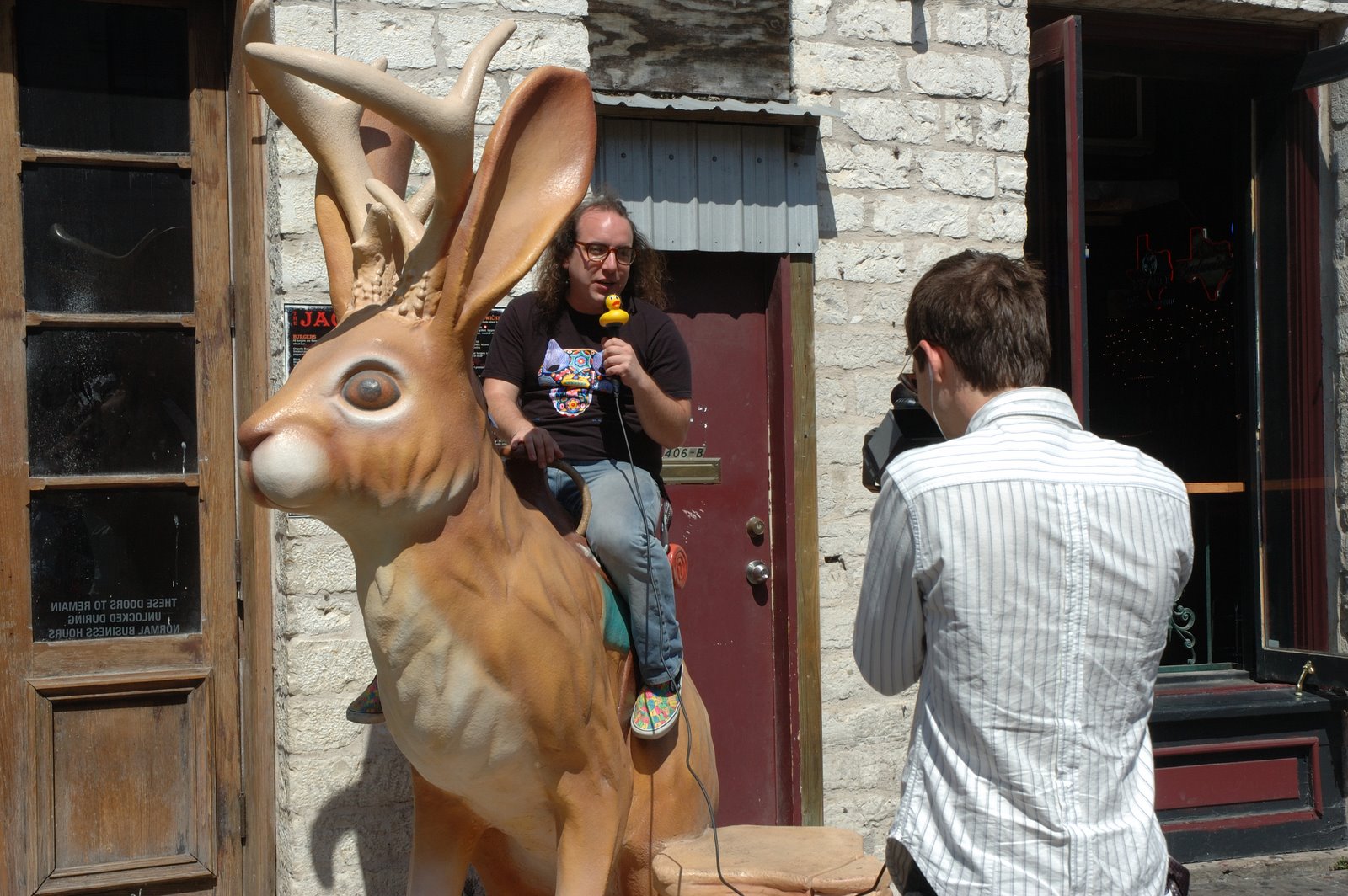 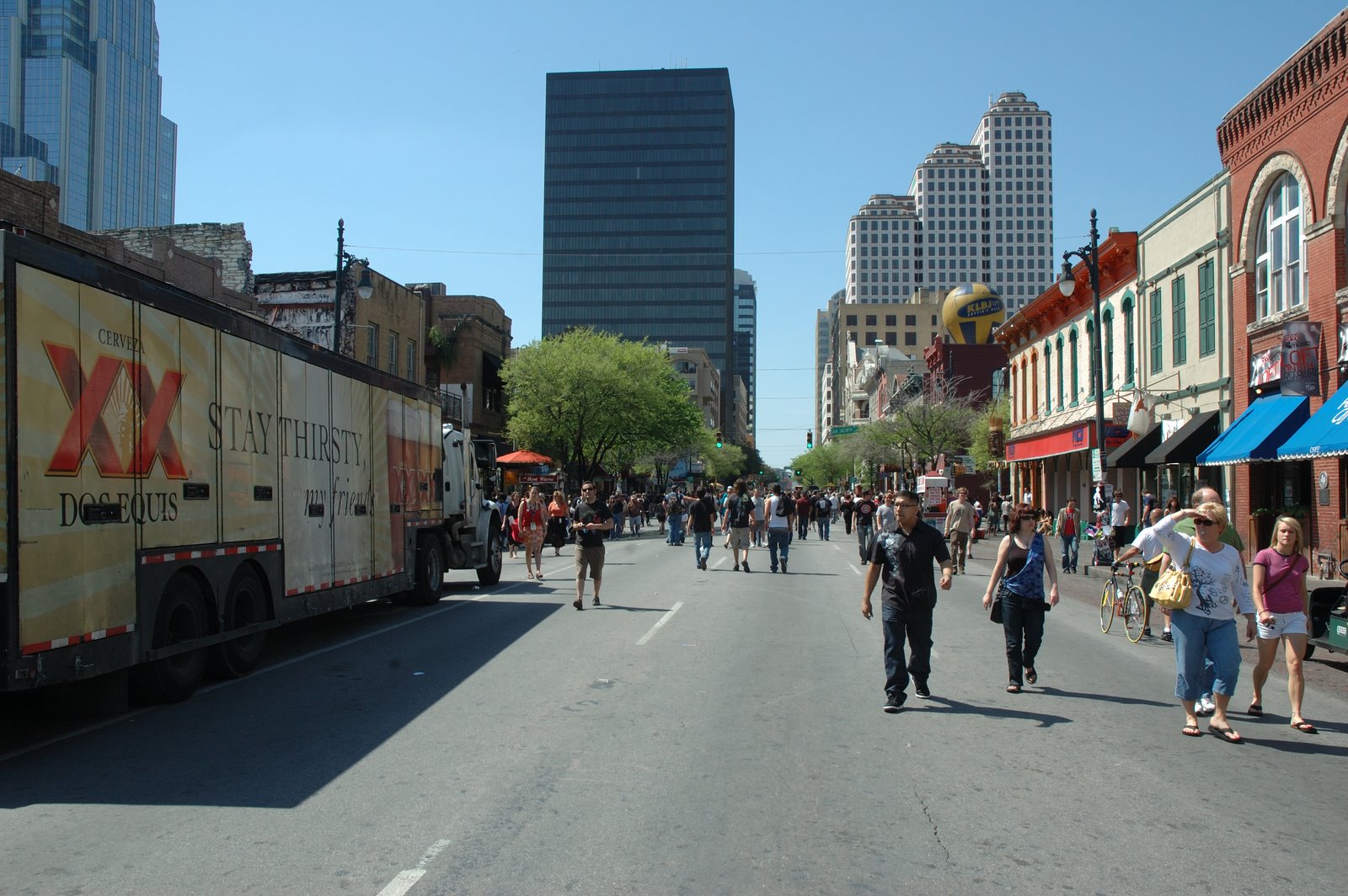 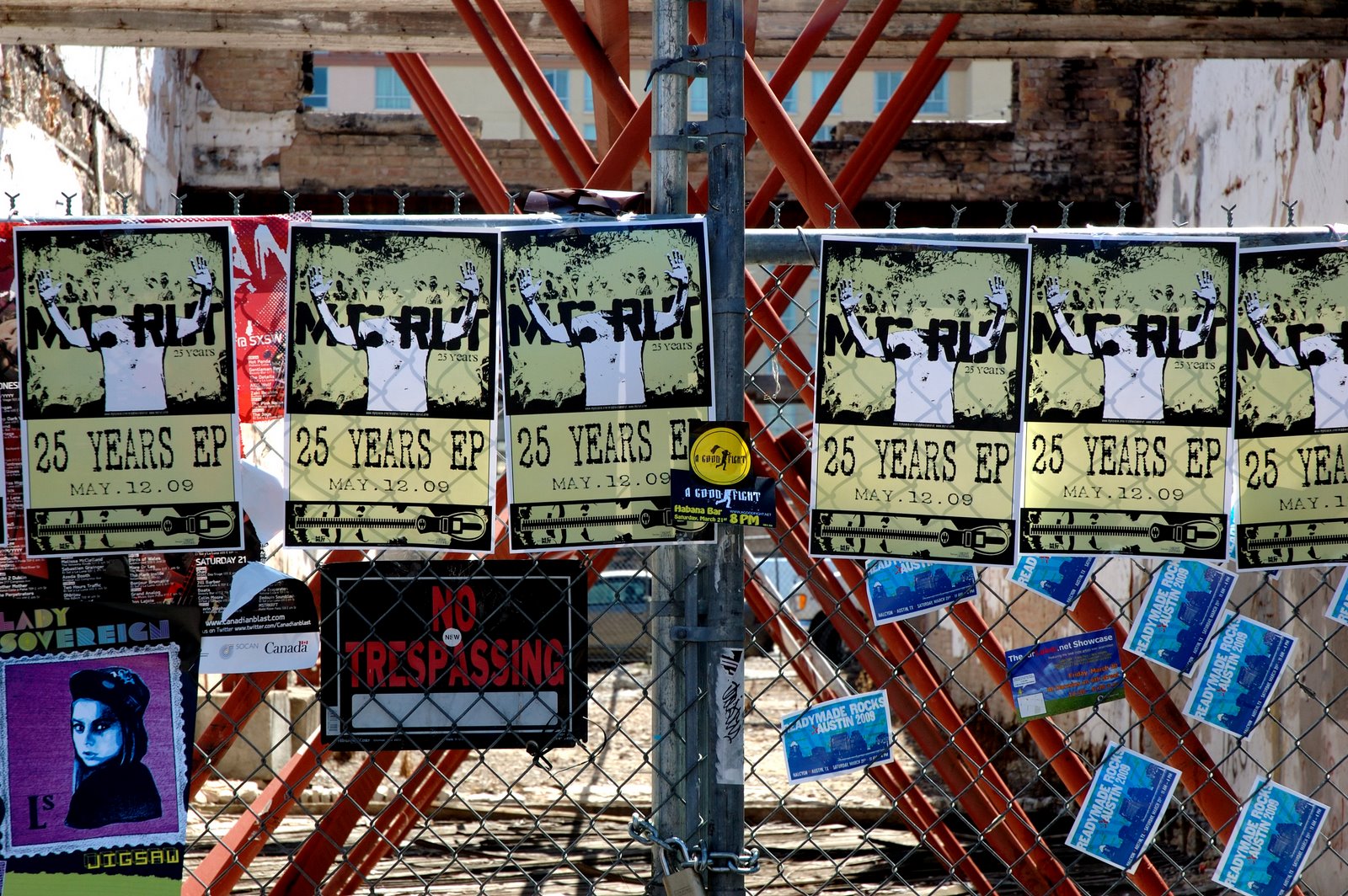 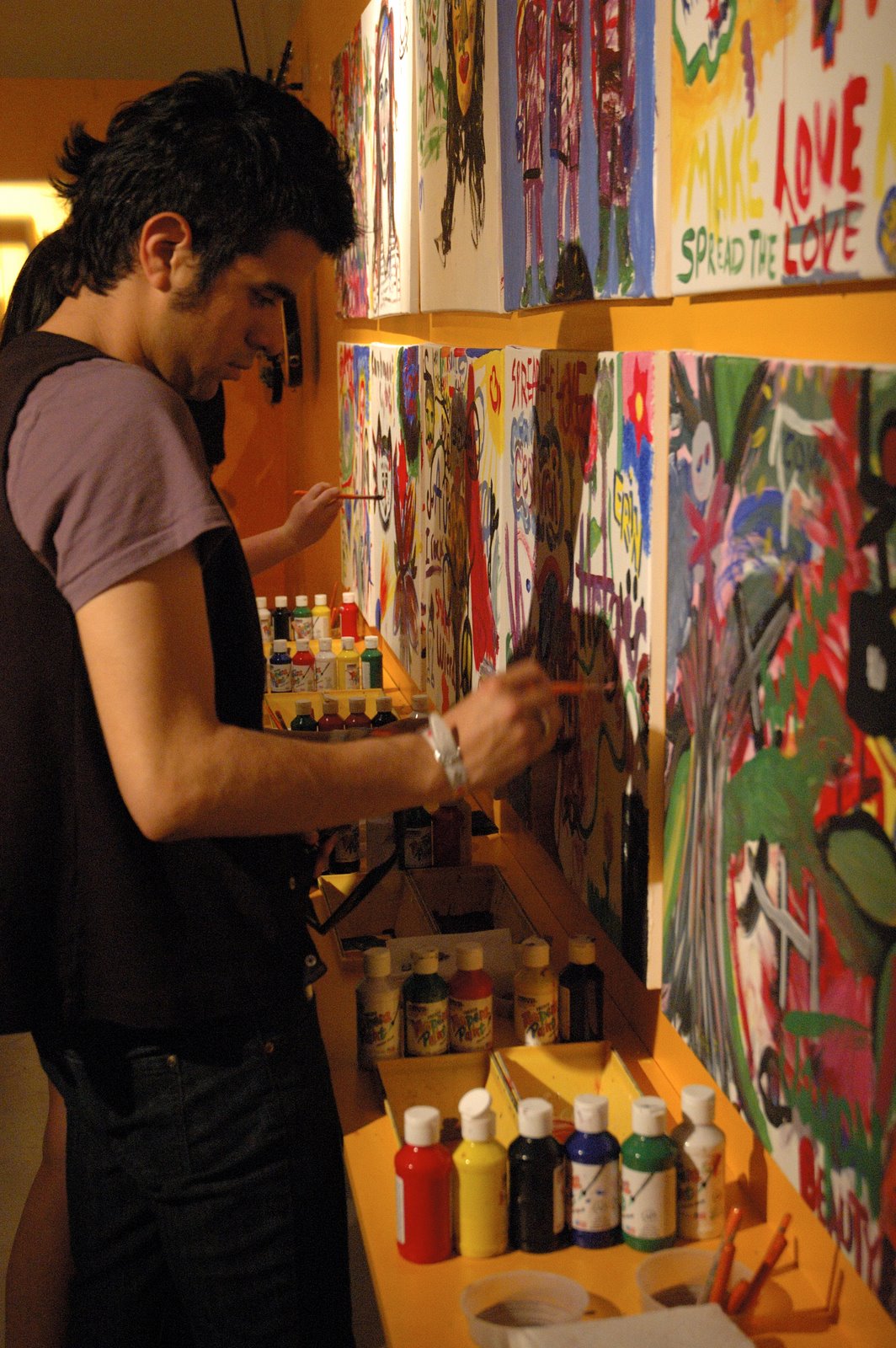 Anyone can have at a canvas at the Live.Create.Lounge and have a Zone Perfect Protein Bar. 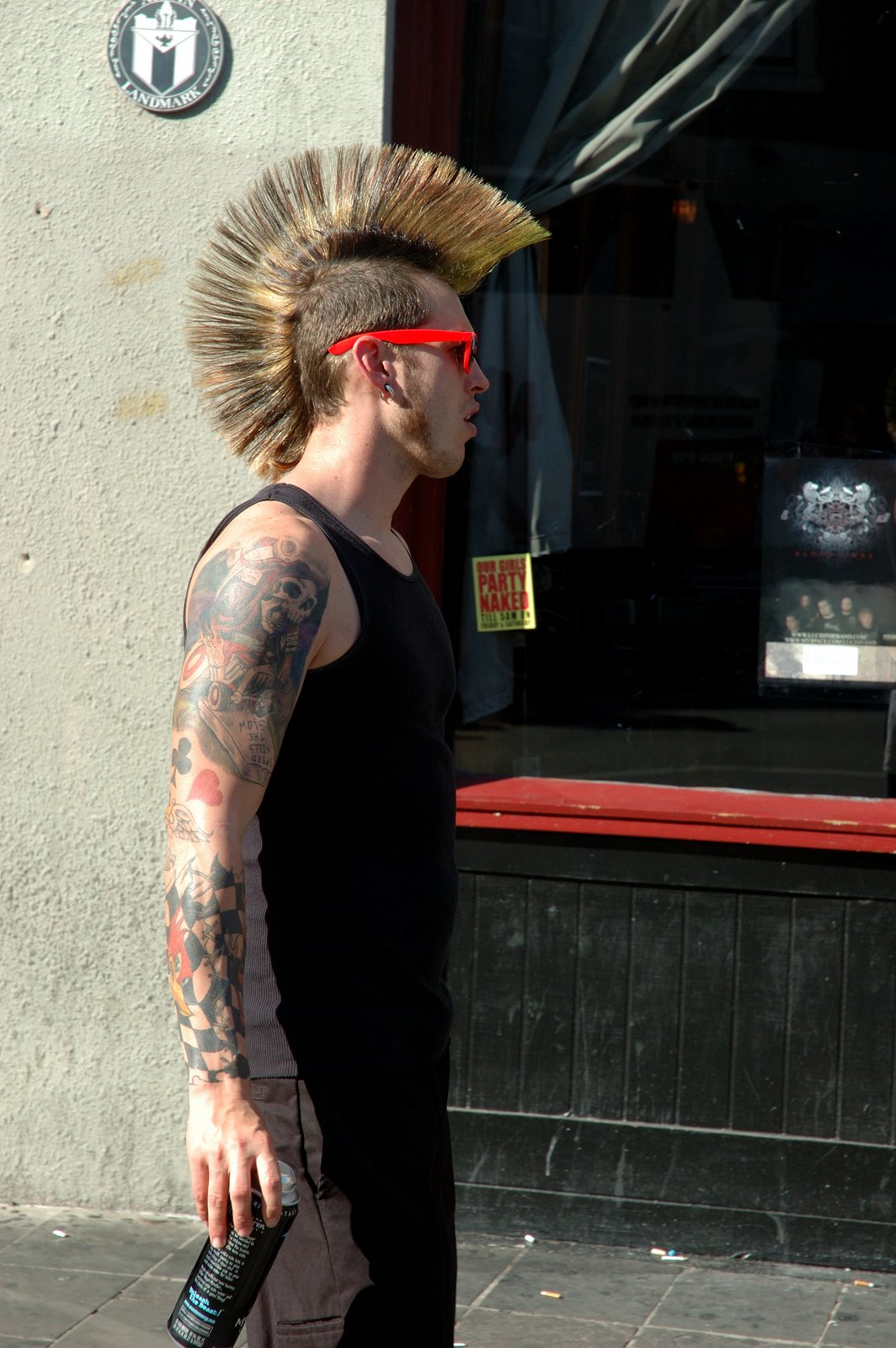 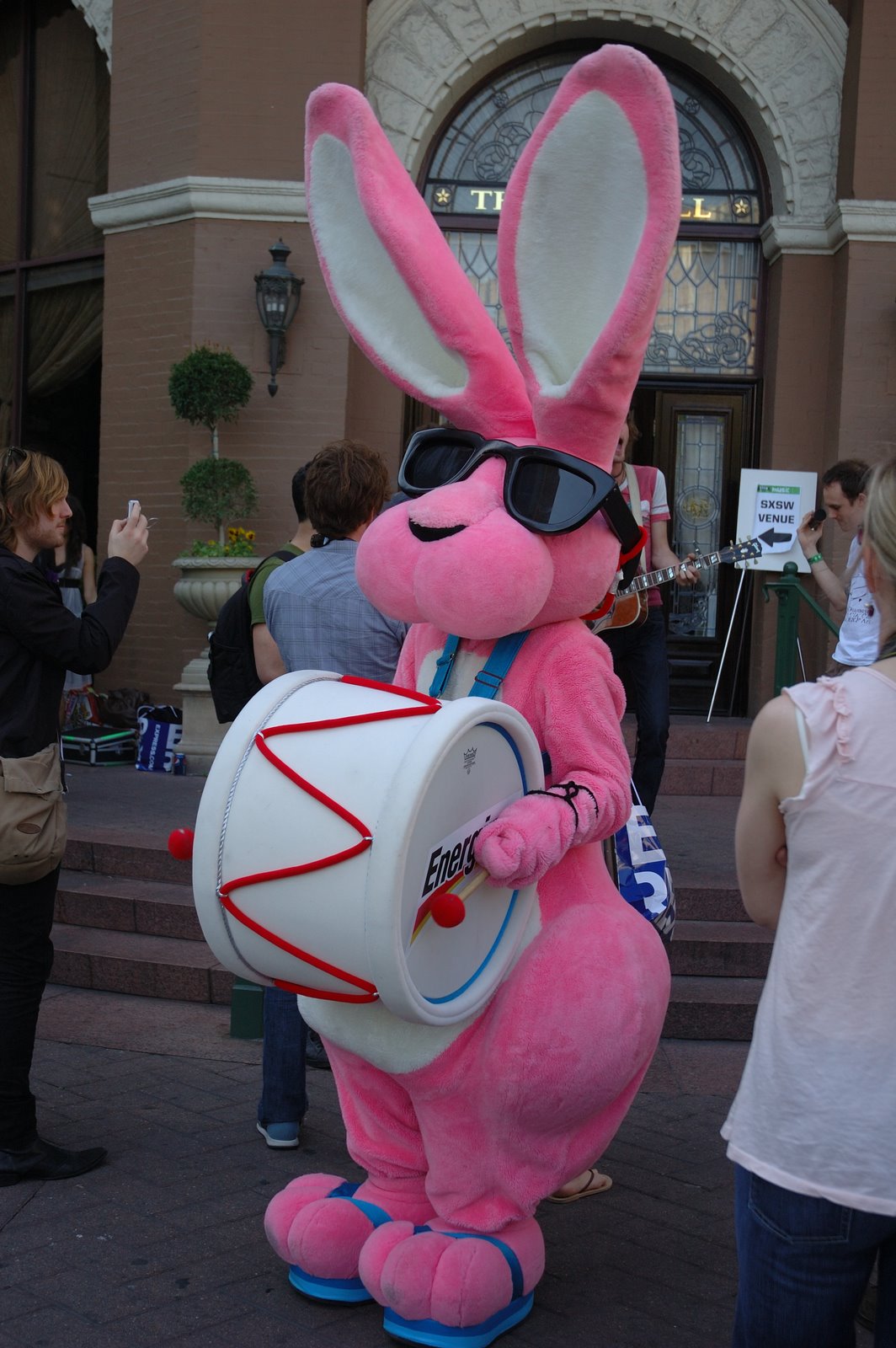 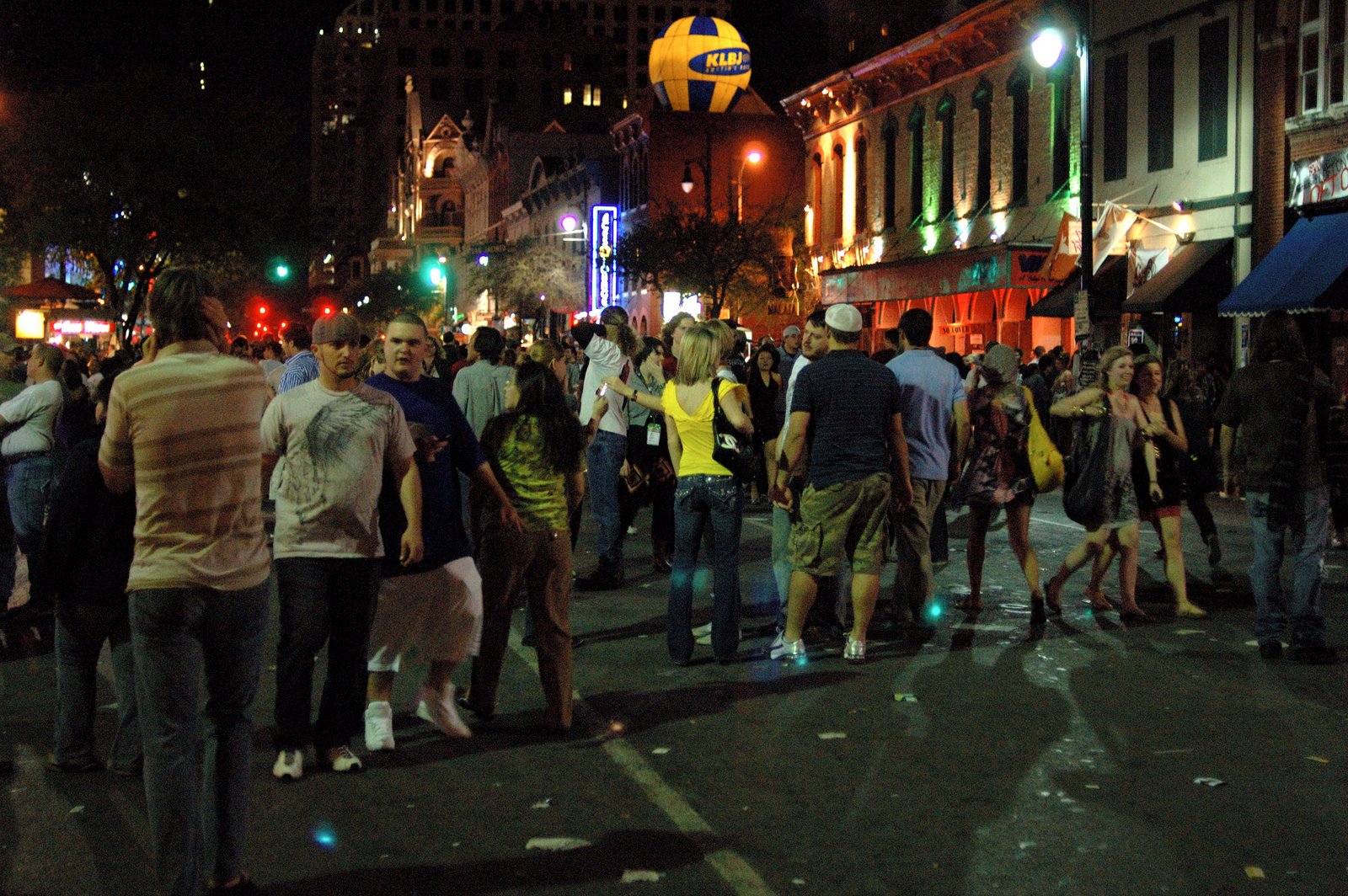 It's crazy out there at night on 6th Street. 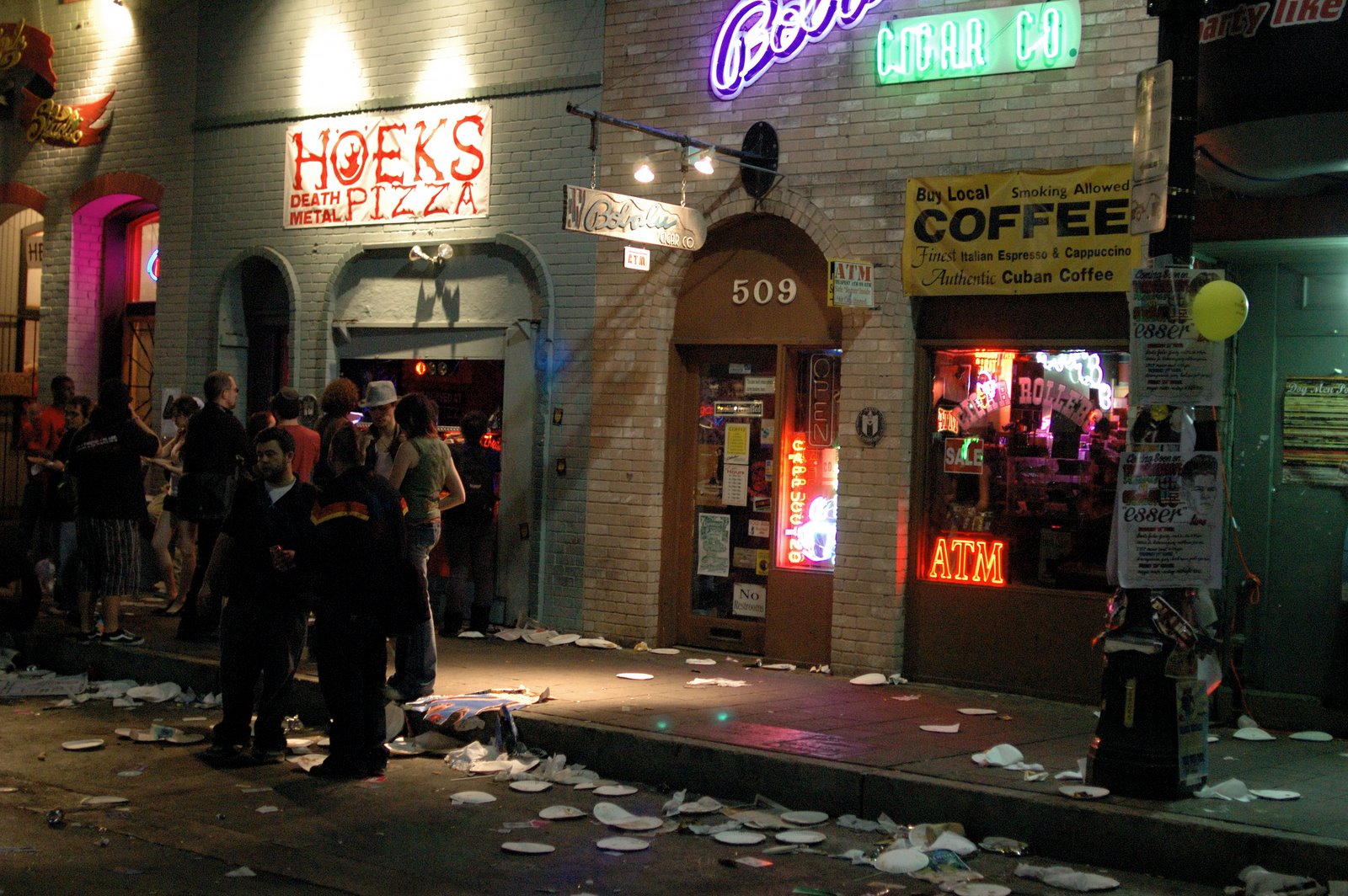 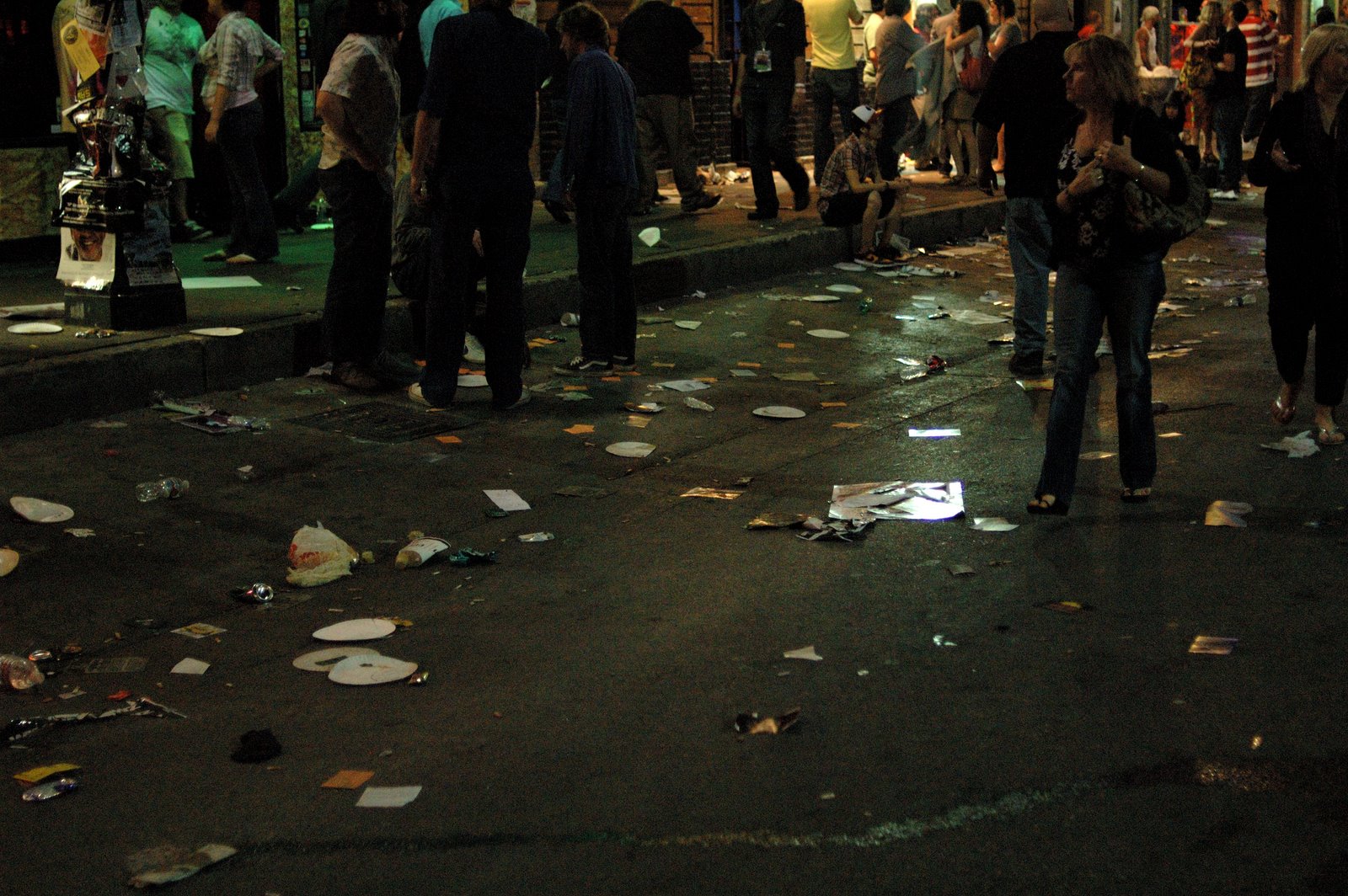 All that mess in the above photos... 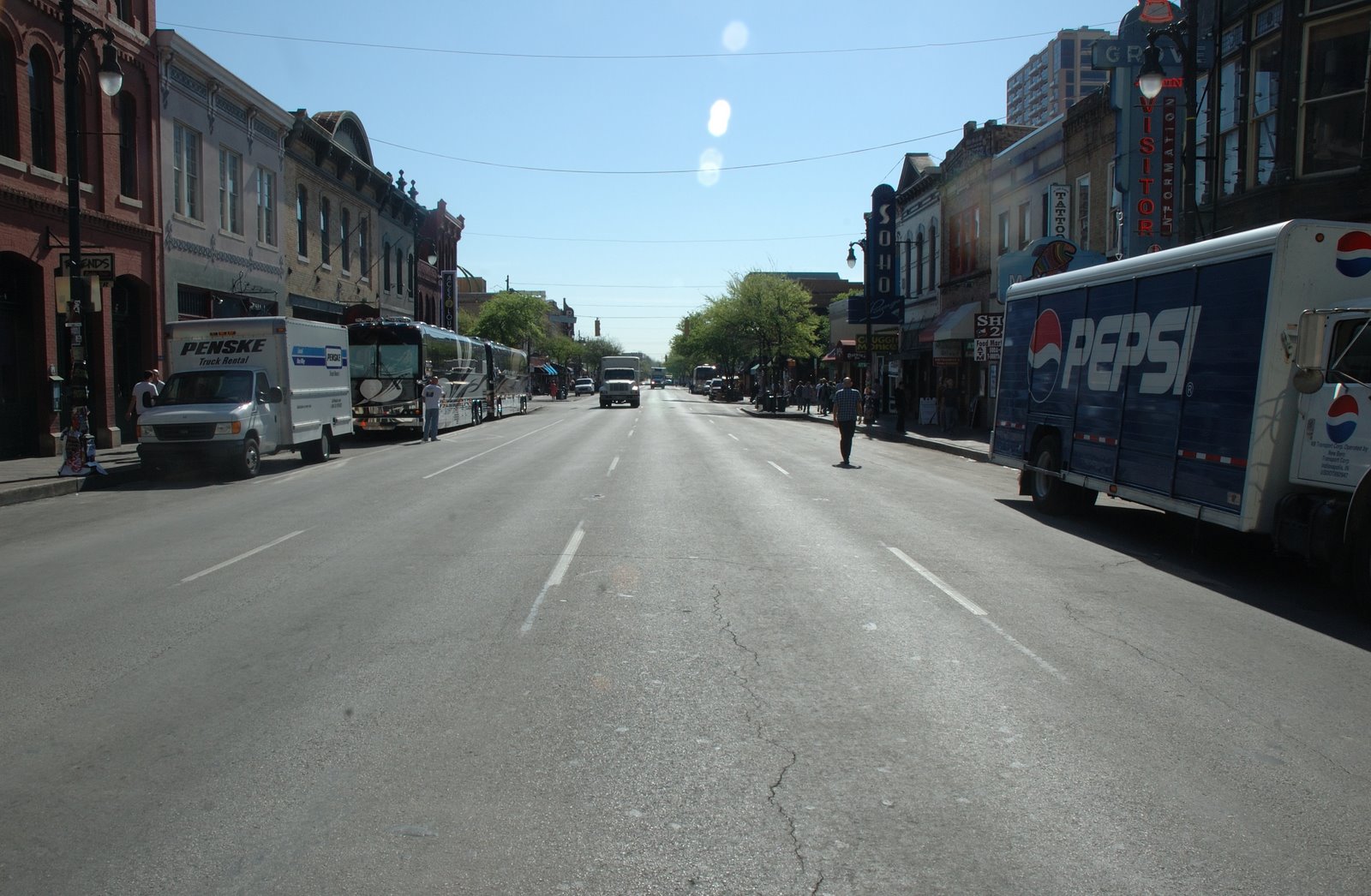 100knives said…
I liked the song that you posted on there. its really catchy. your pictures make me miss home, i used to live about 5 blocks from where all this is going on.
-sheel
3/22/2009

infotaupe said…
Thanks Bill, the picture's really cool. My favourite, though, is the second one of the Legos, WOW
5/22/2009

Anonymous said…
hi Bill great Lego pictures, who like to use a few in the Guardian newspaper please get in contact. sarah.colthorpe@guardian.co.uk.
3/14/2011